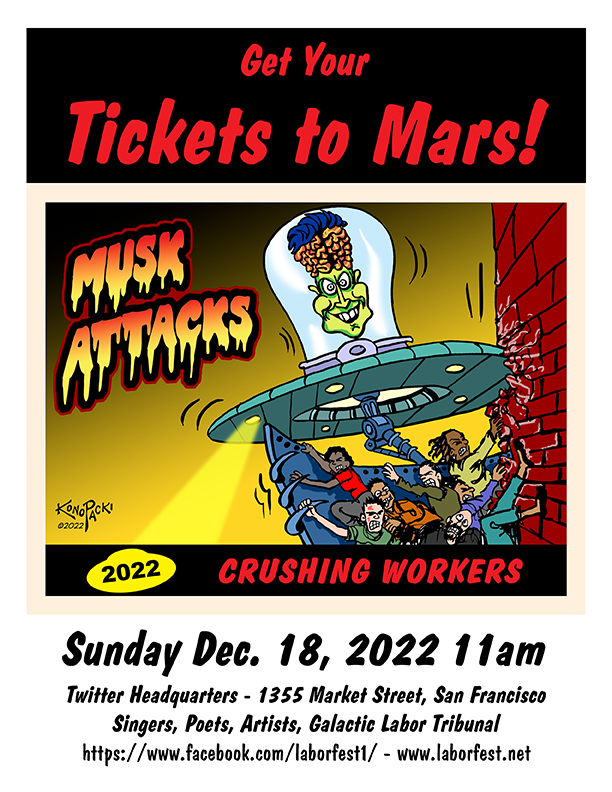 Interstellar slavery: coming to a planet near you?
by Raymond Nat Turner / August 1st, 2021

Plundering our planet, the parasitic capitalist
Class places itself above/apart from nature and
Humanity…And its corporate parrots repeat
Galaxy-colonizing crack pipe claptrap of
billionaire bosses regarding missions of phallic
boy toys sucked up from sweat beads of toilers…

I spoke with Sun Ra and Ra said: “If they arrive
Alive, Hannibal Lecter masks are waiting;
They’ll quarantine 30-40 yrs—social-distance
100 + miles until their blood-sucking virus—
Greed—recedes and their penchant for polluting,
Exploiting, trashing planets and peoples is heeled…”

I hipped Ra to visions of Earth’s richest man and
Ra busted a rib, doubled over laughing.
He chortled, “Backwards capitalism’s light years
Behind the beat—and interstellar slavery ain’t happenin’
out here. Why, we’d laugh y’all out the universe if Non-
Interference Inter-Planetary Solidarity wasn’t how we fly…”

He said word in the galaxy is that these space colonialist
cowboys are primitive, fecal-minded fools with embalmed
brains—Tax-avoiding terrestrial hustlers who’ve yet to
Evolve from trashing and treating Earth as if it were their
mine shaft, junkyard, yacht-jet storage space/interplanetary
Plantation…

He screamed, “Profiteers poisoning blue gold lending Earth life is
Lunacy! Out here Earth’s known as ‘the planet of smoking guns and
Mushroom clouds’ ringed by bases and police stations where crimson
rivers run; the planet where primitives brandish sticks with triggers
And massacre each other over rectangular rags; the planet that stinks
of crematoriums where Earthlings were barbecued; and human cargo-
laden ships sailed for centuries like clockwork over teary oceans…”

Former forklift driver/warehouse worker/janitor, Raymond Nat Turner is a NYC poet; BAR's Poet-in-Residence; and founder/co-leader of the jazz-poetry ensemble UpSurge!NYC. Read other articles by Raymond Nat, or visit Raymond Nat's website.
This article was posted on Sunday, August 1st, 2021 at 8:02am and is filed under Poetry.
END_OF_DOCUMENT_TOKEN_TO_BE_REPLACED
Added to the calendar on Mon, Nov 28, 2022 8:25AM
§My Cars Kill People & May Workers Get Screwed
by LaborFest 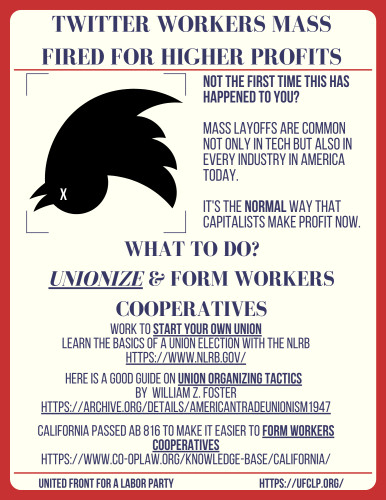 original image (1545x2000)
Twittter's owner Musk is above the law. He illegally fired workers in the US and around the world and wants you to get a ticket to Mars. Let him know on International Human Right Day where he can go. Artists, poets, musicians & workers invited on December 10, 2022
END_OF_DOCUMENT_TOKEN_TO_BE_REPLACED
Add Your Comments
Support Independent Media
We are 100% volunteer and depend on your participation to sustain our efforts!