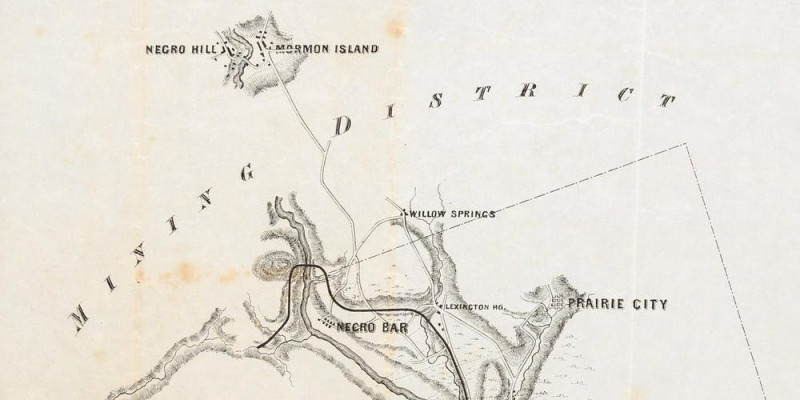 Historic Leidesdorff Plaza was dedicated in 1966 and once was the most historic Plaza in the Western United States of America as a fitting lasting tribute to Honorable William Alexander Leidesdorff. Jr. Old Leidesdorff Plaza made way for a Federal Transportation Project parking structure as part of Historic Folsom District development.

Leidesdorff Plaza was named in memory of William Alexander Leidesdorff, Jr., a prominent civic leader and California Pioneer of African Descent in the successful quest for California to become the 31st state in the United States.

He was elected Treasurer of the City of San Francisco, owned the largest home in the city, constructed the first San Francisco City Hotel, built the first commercial shipping warehouse, and donated the land to build the first public school in California while serving as President of the San Francisco School Board.

Born in St. Croix, Virgin Islands in 1810 to Anna Marie Sparks, an African Cuban woman, and William Leidesdorff, Sr., a citizen of Denmark of Jewish ancestry.

In 1834, Leidesdorff Jr. was naturalized a U.S. Citizen in New Orleans, Louisiana and forced to leave his lucrative maritime ship captain contracts because of the Negro Seamen Acts in second busiest port in the United States and fourth busiest in the world.

In 1840, Leidesdorff travels to New York, NY and makes final trips into the Gulf of Mexico, Cuba, Honduras, Virgin Islands Brazil, Argentina, Chile and relocates to the "Golden Gate" of the Pacific Rim.

In 1843, he was naturalized as a Mexican citizen in order to facilitate acquiring a vast land grant from the Mexican authorities in the Sacramento Valley, and was an early advocate of creating dual United States citizenship.

In 1845, he accepted the position of United States Vice-Consul to the Mexican Alta California region; as such, he was the first African-American diplomat in history, and was affectionately known as the "African Founding Father of California."

In 1848, prior to his untimely death from brain fever, he received official notification of vast quantities of gold on his immense cattle and wheat ranch along today's Route 50 corridor. The 1848 Gold Mining District of Negro Hill, Mormon Island and Negro Bar showcases the vast wealth of the region. Leidesdorff, Jr. is buried near the entrance of the Roman Catholic Church, Old San Francisco Mission Delores, oldest surviving structure in San Francisco, CA.

Today, the golden legacy of Honorable William Alexander Leidesdorff, Jr. is the namesake of the long planned Interpretive Center adjacent to the Historic Mining Town of Negro Bar, Sacramento County, California.
Added to the calendar on Wed, Nov 16, 2022 9:08AM
Add Your Comments
Support Independent Media
We are 100% volunteer and depend on your participation to sustain our efforts!