On the SF Peninsula, Creative Protest to Defuse Nuclear War

by Speak Up Act Up
Right now is the closest the world has been to a nuclear war since the Cuban Missile Crisis. Elderly activists, joined by a few younger folks, recalled those days and protested during a long weekend of national action. 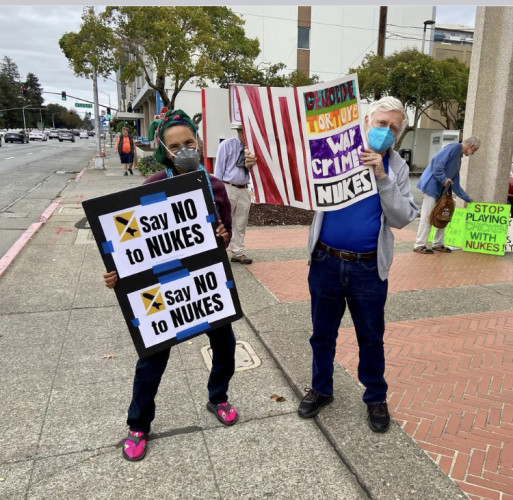 original image (750x731)
The date October 16 and the days preceding it were chosen to mark 60 years since the start of the Cuban Missile Crisis. According to Defuse Nuclear War, very few members of the House and Senate have risen to the occasion by speaking out and working for measures to de-escalate tensions between nuclear powers. Nor have many of them devoted serious effort to reviving negotiations for nuclear-weapons treaties and disarmament measures.

In Palo Alto (October 14) and San Mateo (October 16) on the San Francisco Peninsula, anti-war activists held street demos to demand that their elected leaders take a stand and work to reduce the risk of nuclear war.
END_OF_DOCUMENT_TOKEN_TO_BE_REPLACED
§San Mateo Peace Action Organized the North Peninsula Action
by Speak Up Act Up 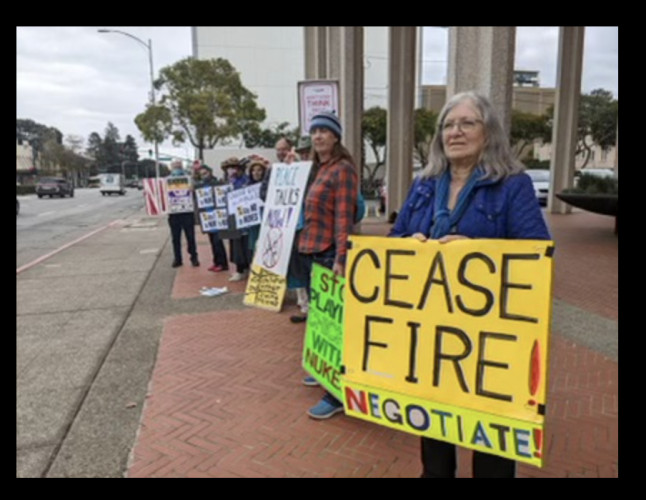 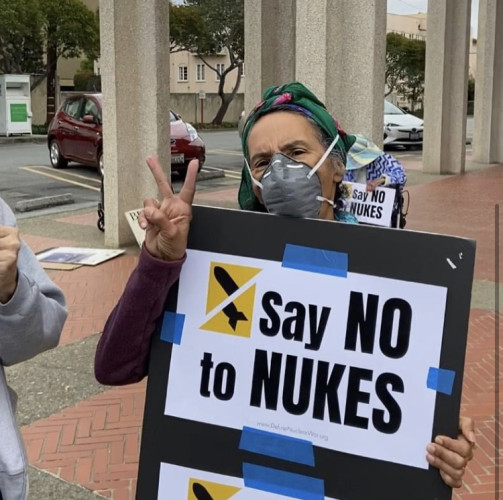 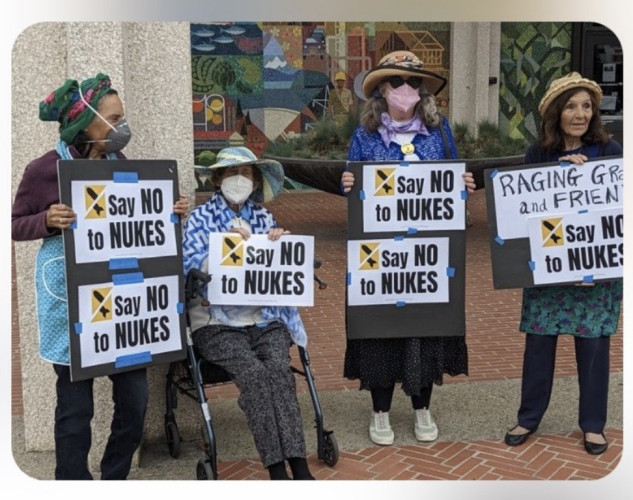 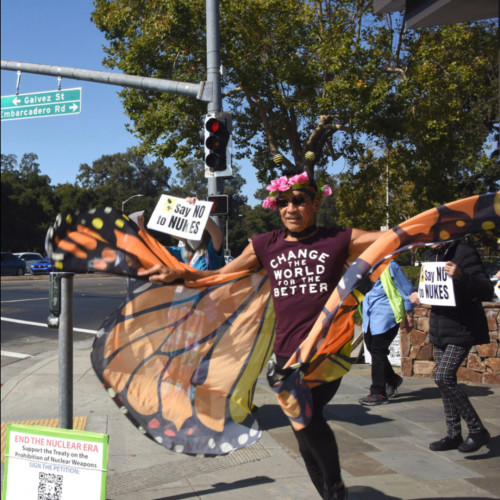 original image (1080x1080)
Dance of Peace street performance (@danceofpeace on IG) on August 14 with other activists. They displayed a QR code for Stanford students to scan to learn more
END_OF_DOCUMENT_TOKEN_TO_BE_REPLACED
Add Your Comments
Support Independent Media
We are 100% volunteer and depend on your participation to sustain our efforts!