by Labor Video Project
In a union busting attack the management of the 400,000 SEIU 2015 tried to run over PNWU2015 staff workers who are on an unfair labor strike and also have refused to bargain and are implementing a contract without negotiation. This union busting tactic is under the president April Terrell who has also been appointed the SEIU International Secretary Treasurer by Mary Kay Henry in June 2022. 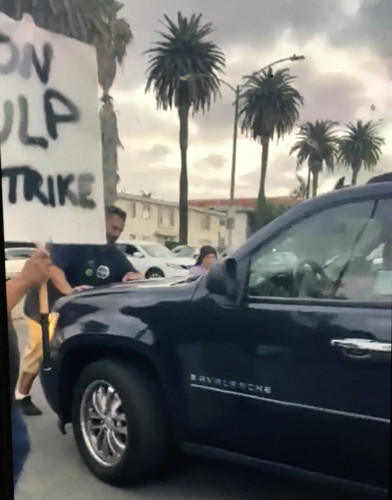 The Pacific Northwest Staff Union 2015 which represents the staff of the massive SEIU 2015 local
have launched and unfair labor practice strike and are facing a flagrant union busting attack including vehicular assaults against strikers and blatant violations of US labor law. The union which represents over 400,000 homecare and nursing home workers in California is one of the largest locals in the United States.

It's president April Verrett is also not only president of SEIU 2015 where she make over $222,000 a year, but in June 2022, she was appointed by SEIU president Mary Kay Henry to become Secretary Treasurer of the entire SEIU International and continues to receive a salary from both positions.

Her combined salary will likely be over $500,000 in pay and benefits a year in addition to other positions she has.

Hundreds of thousands of the homecare workers also make less than $20 an hour and nursing
home workers in California also have substandard wages which has led to a massive shortage of
labor for nursing homes. PNSU members talk about the dangerous working conditions which were
exacerbated by covid and the lack of PPE. It also led to the death of three members and part of that according to the local members was due to stress from the horrific working conditions.

The staff union struck on October 31. 2022 over unfair labor practices and the president Jeff Armstrong and other leaders and members of the union discuss the tactics being employed by the management to bust this staff union union including nearly running over their members and refusing to bargain and implementing a contract a contract unilaterally. A previous president of SEIU Homecare workers Local 6434 Tyrone Freeman, who represented about 190,000 homecare workers was convicted in court for corruption and sent to prison. His local was then merged into SEIU Local 2015 during the wave of corporate mergers under Andy Stern and continued by the SEIU leadership.

This interview on WorkWeek was done on November 7, 2022. 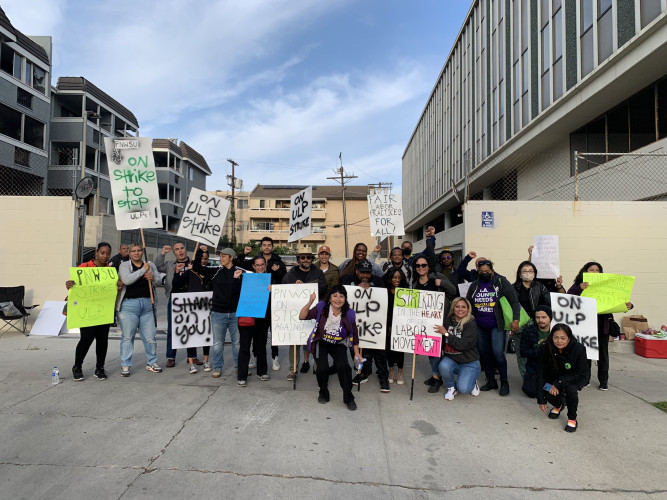 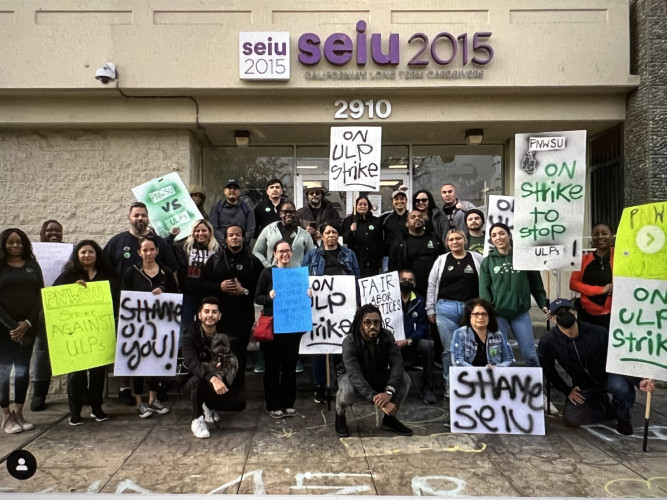 original image (4032x3024)
Staff workers at the 400,000 SEIU 2015 which represents home care workers and nursing home workers are facing union busting tactics by their management. The president of the Local April Terrell was appointed in June 2022 by SEIU President Mary Kay Henry to become Secretary Treasurer of the SEIU International. She now is getting salaries from the local of $220,000 and the International taking her pay and other benefits to over $500,000.
END_OF_DOCUMENT_TOKEN_TO_BE_REPLACED
§SEIU 2015 President & SEIU International Secretary Treasurer Accused Of Union Busting
by Labor Video Project 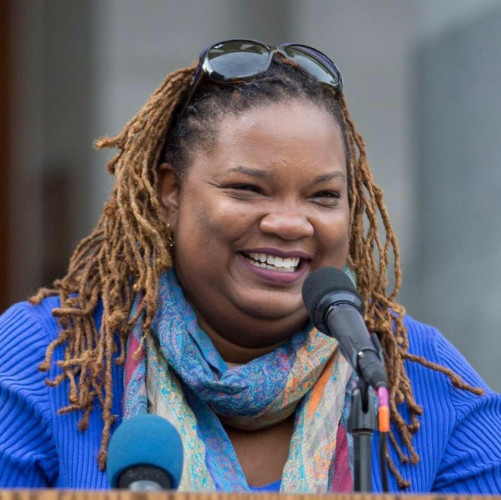 original image (959x958)
SEIU 2015 President & SEIU International Secretary Treasurer April Verrett and the management of the union is being accused of union busting by PNWSU 2015 staff workers who are out on an unfair labor practice strike.
END_OF_DOCUMENT_TOKEN_TO_BE_REPLACED
Add Your Comments
Support Independent Media
We are 100% volunteer and depend on your participation to sustain our efforts!