The Lula Victory, Bolsonaro, The Working Class & The Rise Of Fascim With Fabio Bosco

by Labor Video Project
Fabio Bosco with the independent Brazilian trade union federation Conlutas and a transit worker talks about the Brazilian election victory of Lula and the rise of fascism. 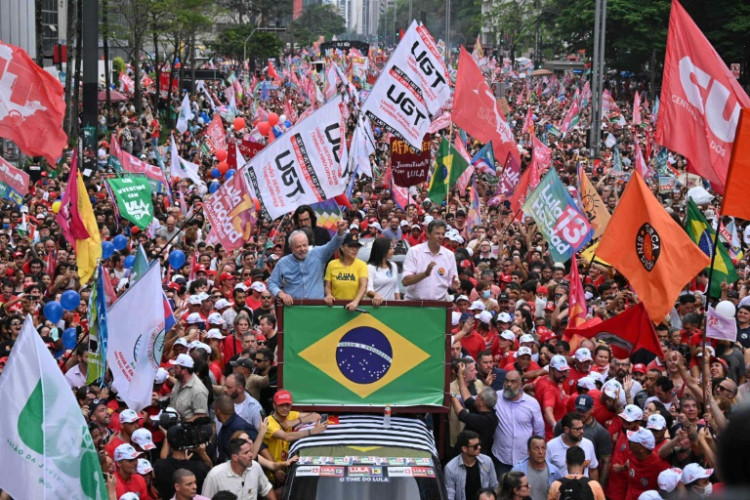 original image (768x512)
Fabio Bosco, a Sao Paulo transit worker and with the Conlutas trade union federation reports on the results of the victory of Lula and the Workers Party in Brazil, Bolsonaro and the rise of fascism in Brazil.
Bolsonaro's supporters including some truckers have shutdown highways and also closed the Sáo Paulo airport with the acquiesce of the Federal police. Bosco reports that workers and communities have opened the roads with direct action.
He also discusses the relationship between US right winger and Trump to Bolsonaro.
This interview was done on 11/1/22.

Brazil, Bolsonaro, The Rise of Fascism & The Working Class with Fabio Bosco
https://youtu.be/_HqQZjD4sjQ

WorkWeek
https://soundcloud.com/workweek-radio
Labor Video Project
http://www.labormedia.net
END_OF_DOCUMENT_TOKEN_TO_BE_REPLACED
Add Your Comments
Support Independent Media
We are 100% volunteer and depend on your participation to sustain our efforts!