by Ramon du Houx
Oil refinery profits have skyrocketed while consumers pay inflated prices at the pump. Gov. Newsom's special session on Dec. 5 for a windfall tax on oil companies has wide support.

Valero’s net income hit $2.8 billion for the third quarter of 2022, more than quintupling the $463 million reported for the same quarter last year.  According to their website, Valero is the largest independent petroleum refiner in the world.

“These windfall profits must be returned to California drivers if the oil refiners are to treat Californians like customers rather than ATMs,” said Jamie Court, president of Consumer Watchdog. “These profits show Governor Newsom is justified in his call for a special session to mandate a price gouging refund.”

In California, the Valero profits translate into an estimated quarterly windfall profit of $50.8 million that should go back to consumers, Consumer Watchdog said today, calculating all monies made over 50 cents per gallon as a windfall profit. 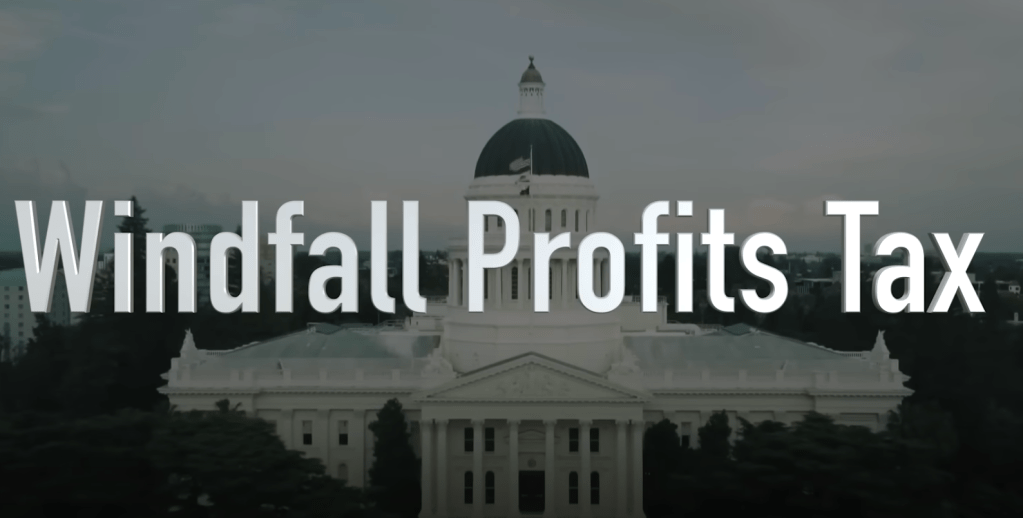 The governor’s proposal means that companies engaged in extraction, production, and refining of oil will pay a higher tax rate on their earnings above a set amount each year, and these recouped windfall profits will then be directed to rebates and or refunds  to California taxpayers impacted by high gas prices.

“The audacity of the oil industry raising prices at the gas pump when crude was dropping in value is unconscionable. EOPA California, representing over 440 elected officials from 49 counties, strongly support Governor Newsom and his proposal for a windfall profit tax on the oil industry. We must protect consumers from price gouging. We urge Legislative leaders to convene a special session to bring justice and security to the people of California, and enact a windfall profit tax,” said Dominic Frongillo, Executive Director and Co-Founder of Elected Officials to Protect America (EOPA). “Too many people have been forced to cut back on necessities just to fill their tank for their working commute. This issue highlights the absolute necessity to become energy independent from fossil fuels. People shouldn’t needlessly suffer from oil price fluctuations, and deadly greenhouse gas emissions. The transition to a 100 percent clean energy economy must be accelerated for our national security.”

Oil companies have failed to provide an explanation for the divergence between prices in California compared to the national average. Industry spokespeople blame it on five refineries temporarily shutting down at the same time. But this has happened in the past without prices at the pump skyrocketing anywhere near this degree.

In September 2019, five refineries experienced unplanned maintenance issues, and California was faced with several refinery outages. The price spike was a mere 34 cents—a fraction of what Californians have been paying.

“Refinery pre-scheduled maintenance is not a credible explanation for the sudden $1.54 increase in what refineries charge for every gallon of gas Californians buy,” said Igor Tregub, a Ukraine native and EOPA California Leadership Council member with a civilian national security background who chairs the California Democratic Party Environmental Caucus and was previously an elected Berkeley Rent Stabilization Board Member, with a civilian national security background. “Furthermore, the nerve of the oil companies using the war in my homeland to make exorbitant profits is inhumane. The people of Ukraine would not be suffering if Europe wasn’t dependent on Russian gas. The people of California wouldn’t be deciding what supplies not to buy because they have to fill up their gas tanks to get to work. For our security and the world’s, we need energy independence from fossil fuels. First, let’s ensure the windfall profit tax on oil companies happens. The legislature must see this a national security issue and hold a special session to get it done.”

Consumer Watchdog estimates that the amount of windfall profits to be returned to consumers by refiners reported so far this year is now over $1 billion. Calculation below: 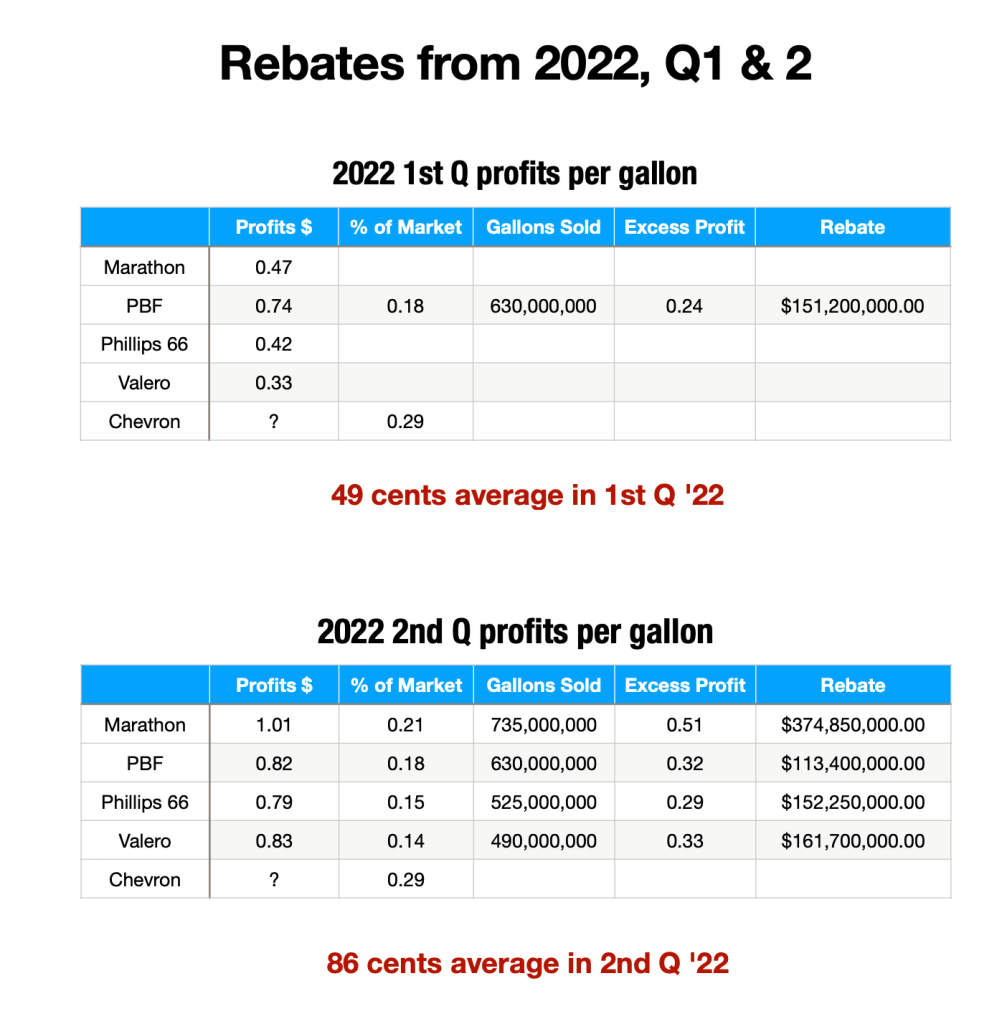 The formula used to calculate windfall profits is every dollar in profit made above 50 cents per gallon, which the company has only reported twice since 2001 — in the second and third quarters of 2022. View the chart of per gallon West Coast profits since 2001.

None of the four California oil refiners who reported windfall profits in the second quarter of 2022 had previously made more than 50 cents per gallon annually in all their years doing business in California. Chevron’s profits only exceeded 50 cents per gallon three times in the last twenty years. Chevron's biggest refinery is in Richmond, CA.

“Families have been forced to cut back on spending and rethink their budgets. I thank Governor Newsom for standing up for Californians who are being taken advantage of at the gas pump by a cartel of oil refiners. It’s apparent that this situation is the consequence of the five big oil refiners in California who make 97 percent of the gasoline — controlling the supply to artificially drive-up prices. A windfall profits tax solution that takes excessive profits out of the hands of oil corporations and puts money back into the hands of consumers surely deserves a special session,” said Eduardo Martinez, Richmond Vice Mayor, EOPA California Leadership Council. “We live in the shadow of these refineries that spew toxic pollution into the air we breathe on a daily basis. People I represent have died prematurely because of our zip code’s dirty air. Now those same companies are stealing from the people of California.” 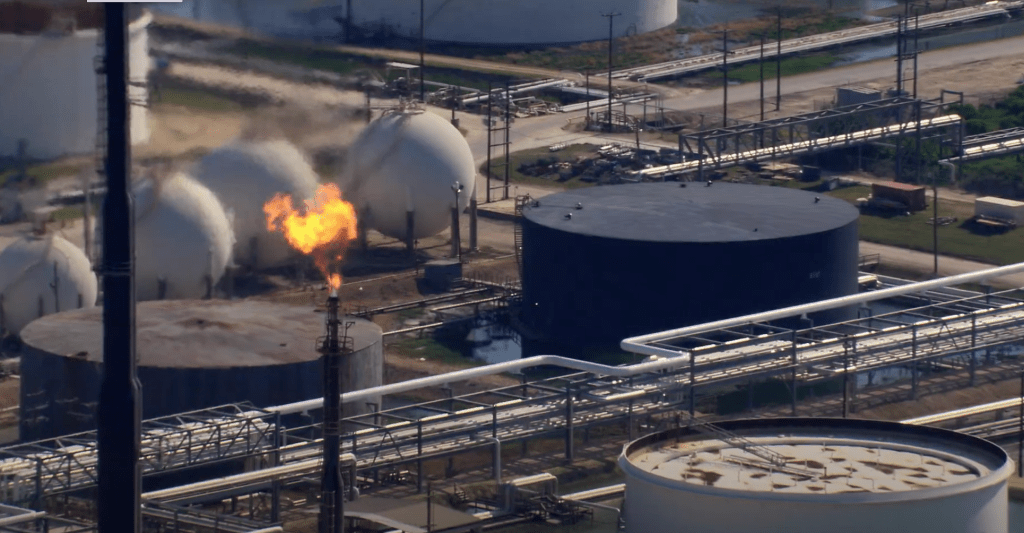 Three other California refiners—PBF Energy, Phillips 66 and Marathon Oil—will be reporting third quarter profits in the coming two weeks. Chevron, which serves one third of the California market, only reports margins annually.

In the third quarter, Valero’s California refineries more than doubled margins per barrel to $25.36 from $11.29 in the same quarter last year. For the nine months, West Coast margins were $25.89 over $9.81 year before.  The margins were the highest reported among Valero’s four regions of operation, including the U.S. Gulf Coast, North Atlantic and U.S. Mid Continent.

A new law, SB 1322 (Allen), will require oil refiners to post their profits per gallon from refining monthly beginning in January of 2023.  This will give California the basis to monitor for price gouging in real time and, if a price gouging rebate is enacted, to give the excess profits back to drivers.

END_OF_DOCUMENT_TOKEN_TO_BE_REPLACED
Add Your Comments
Support Independent Media
We are 100% volunteer and depend on your participation to sustain our efforts!