by Brenda Norrell
Utes marched for the shut down of the White Mesa Mill on Saturday. White Mesa Mill is licensed as a uranium mill, but it is operating as a hazardous waste dump and receiving radioactive waste. The radioactive waste from the Nevada Test Site was too dangerous to remain there and was trucked to the mill in Utah. Now, Energy Fuels Resources plans to receive hazardous waste from Asia and Europe. 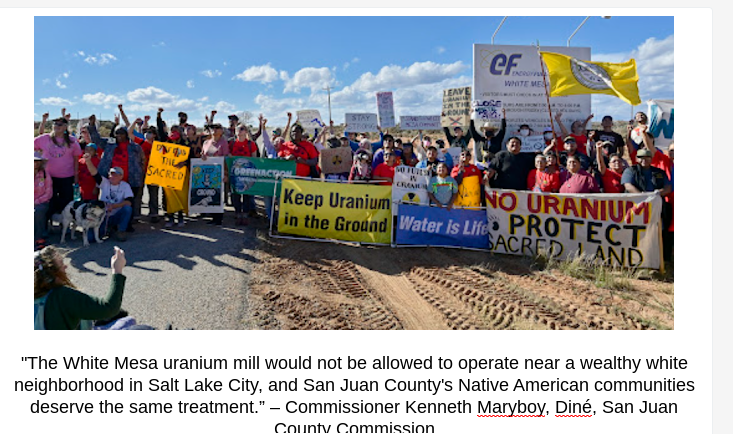 WHITE MESA, Utah -- The United States government, and Energy Fuels Resources, have tried to bury their secrets here. These are the secrets of the Atomic Bomb, Nevada Test Site, and the White Mesa uranium mill, which has been secretly operating as a hazardous waste dump for radioactive waste in southeastern Utah.

“This is our home and the home of our ancestors. We are the caretakers of this land and the waters beneath it," Yolanda Badback, White Mesa Concerned Community, said. "They dug up our ancestors who were buried there."

Badback's words on Saturday came as walkers joined Utes for the Spiritual Walk to shut down the White Mesa Mill. Describing the dangerous disposal of radioactive waste, Badback said, "We don't drink the tap water here, we go out and purchase our water."

The mill is located on the Navajo Aquifer, which provides Navajos and Hopi in the region with their water. Already, there was a radioactive spill at Cisco, Utah, and barrels of radioactive waste were found leaking at the mill. The mill is owned by Energy Fuel Resources, a subsidiary of Energy Fuels in Toronto, Canada.

Utes who tried to stop the Nevada Test Site hazardous waste from coming to White Mesa uranium mill were denied a voice in court by the judge. Utes knew that it carried the blood of one million human beings killed by U.S. atomic bombs, including the atomic bombs dropped over both Hiroshima and Nagasaki.

– Norman Begay, White Mesa community member, said, "The Cotter Concentrate contains the residue from the original Atomic Bomb, and it therefore has the blood of approximately 1,000,000 human beings on it. Wherever it goes the evil curse it has had upon human life on this planet goes with it. Therefore, I ask for standing in this issue on the basis of the traditional religious beliefs of my people, to insure that such a curse and remembrance not be brought to further desecrate my ancestors and tribal members in sacred Ute lands and burial grounds."

Utes were denied their voice in the case by the judge. The Cotter Concentrate at Nevada Test Site was reclassified and trucked through St. George, Utah, to the White Mesa mill site, where it was destined to be disposed of in the waste pits. 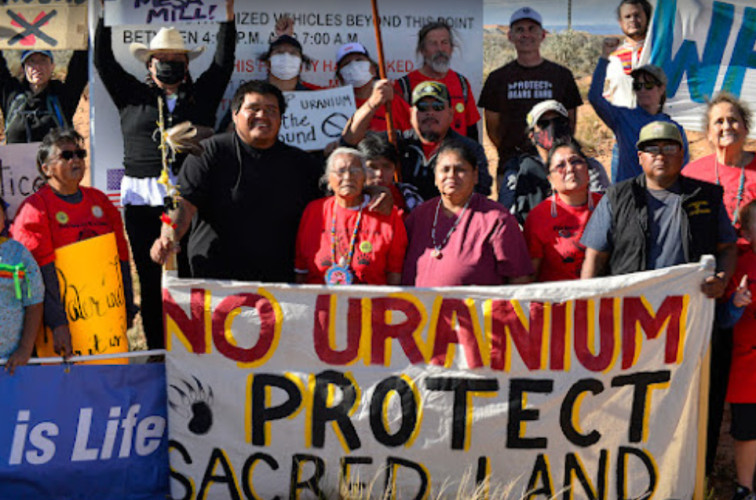 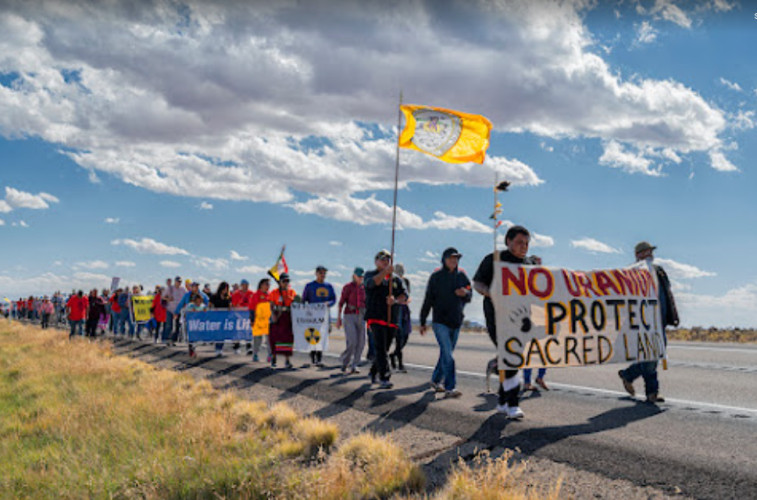 original image (969x640)
Photo by Grand Canyon Trust
END_OF_DOCUMENT_TOKEN_TO_BE_REPLACED
Add Your Comments
Support Independent Media
We are 100% volunteer and depend on your participation to sustain our efforts!