by Labor Video Project
Bosses and managers are using court restraining orders to shut down unionists, whistleblowers and workers who are fighting for worker rights and against corruption. 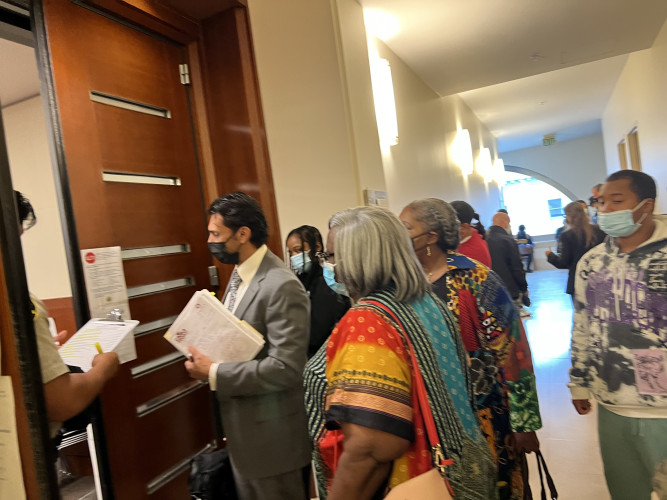 original image (4032x3024)
The use of court restraining orders to silence workers and unionists is a growing threat. In San Francisco on October 21, two cases came on the same day against workers to silence them using the courts.

The first was at the San Francisco La Raza Community Resource Center which is a non-profit when workers began speak out against the removal of a non-profit they were targeted and Sergio Sosa was fired and charged with harassing women at the center.

The judge denied the use of a restraining order since there had been no threats or violation of the law. These management tactics are being used to intimidate and silence unionists, whistleblowers and workers. There are many "non-profits" that bully their workers and there is no real oversight of these agencies and malfeasance. 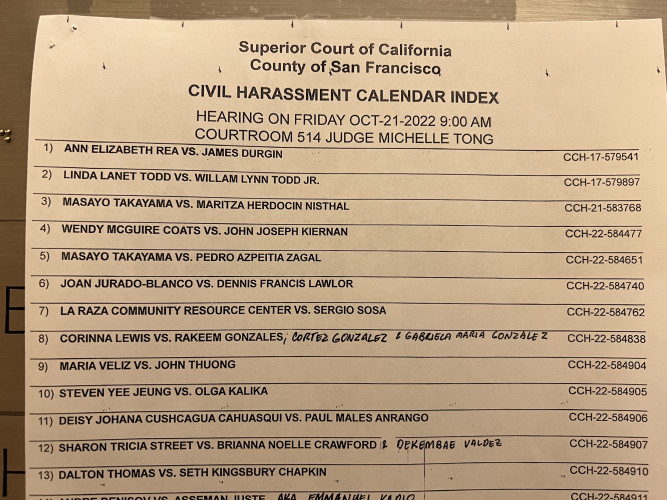 original image (4032x3024)
END_OF_DOCUMENT_TOKEN_TO_BE_REPLACED
Add Your Comments
Support Independent Media
We are 100% volunteer and depend on your participation to sustain our efforts!