by Labor Video Project
A labor solidarity rally was held for the right of railroad workers to strike and also against the anti-labor Railway Labor Act. 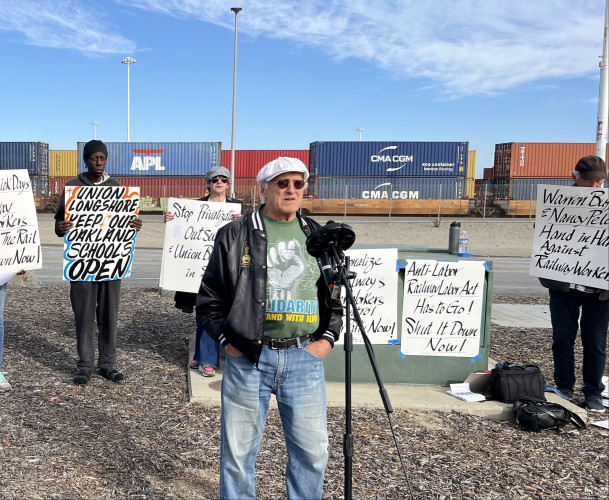 original image (2575x2115)
Trade Unionists from ILWU longshore workers to teachers and postal workers joined together at the Port of Oakland to defend railroad workers right to strike, health and safety conditions and living wages.

Speaker called for the repeal of the anti-labor Railway Labor Act which is used by Congress and the bosses to destroy and undermine labor conditions.

Railroad workers are voting down a proposed concession agreement pushed by Biden's Secretary of Labor Marty Walsh and companies like BNSF owned by billionaire Warren Buffet.
They also discussed the attack on the right of workers to strike and the role of the Democratic Party in supporting the Railway Labor Act.

The rally was initiated by the United Front Committee For A Labor Party UFLP. This action took place on 10/22/22.

“People are sick of being treated like garbage. And they’re ready to go out there, ready to go out on strike and, and the railroads know this,” says Lindsey. https://prospect.org/labor/potential-rail-worker-strike-caused-by-erratic-scheduling/

New Rail Deal May Still Be Doomed Over Scheduling
https://jordanbarab.com/confinedspace/2022/09/19/new-rail-deal-may-still-be-doomed-over-scheduling-issues/ 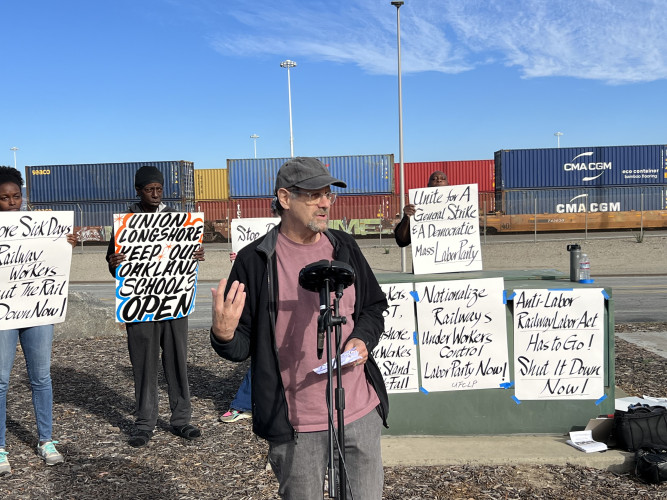 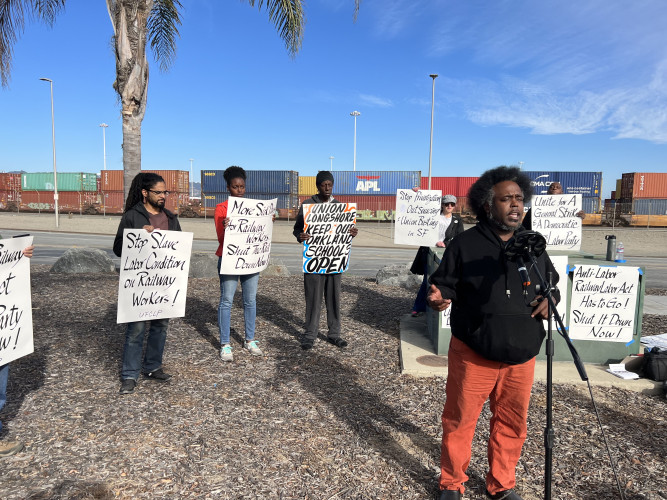 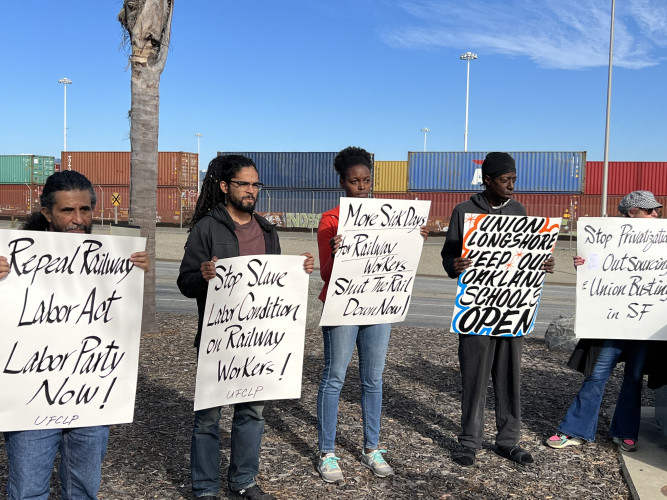 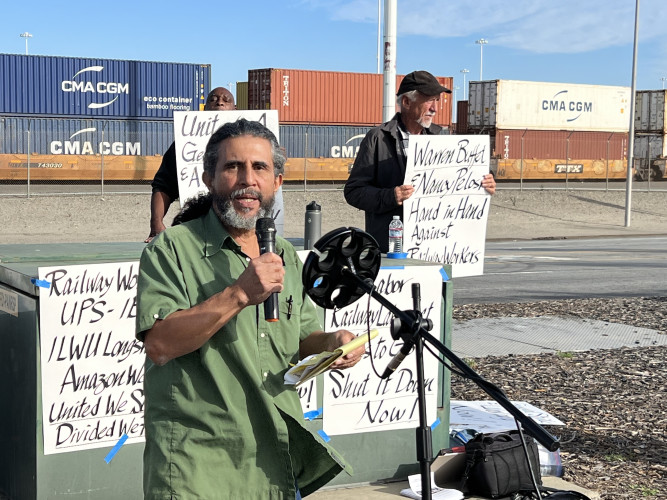 original image (4032x3024)
Francisco Jiminez talked about the struggle of Costa Rican trade unionist Orlando Barrantes who faces a frame-up.
END_OF_DOCUMENT_TOKEN_TO_BE_REPLACED
Add Your Comments
Support Independent Media
We are 100% volunteer and depend on your participation to sustain our efforts!