by Labor Video Project
WorkWeek looks at the new film "Town Destroyers" by Deborah Kaufman and Alan Snitow. It is about the struggle over the Victor Arnautoff murals at George Washington High. 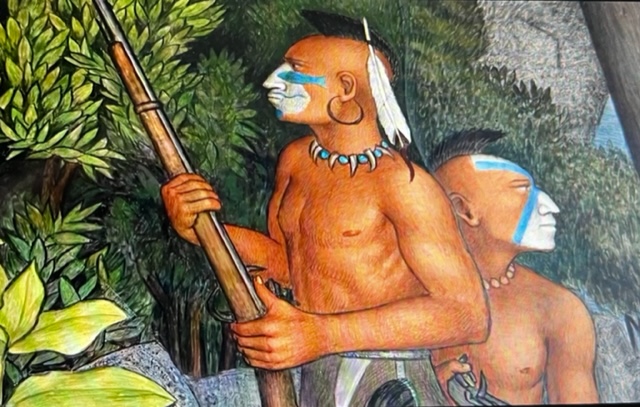 "Town Destroyers" & The Victor Arnautoff GWH Murals With Alan Snitow & Deborah Kaufman
WorkWeek looks at an important new documentary film by Alan Snitow and Deborah Kaufmann called "Town Destroyers”.
The film looks at the struggle over the Victor Arnautoff murals at George Washington high. Victor Arnautoff’s murals on US history have always been controversial and the latest struggle broke out when native American parents and some teachers and students demanded that the murals at the school be destroyed or covered over. This struggle in San Francisco led to a major confrontation that became a national and even international story. Snitow and Whitman talk about their film
and how it looks a the story of the murals and native american people in California.
They interview artists, historians and look at the history of George Washington and Native Americans in California.
The murals are the only ones in the United States at a public site that show George Washington as a slave holder and supporter of the seizure of Native American lands in the United States.
This controversy has become both an national and international issue and made these murals some of the most famous in the world.

Additional Media:
When murals depict traumatic history, schools must decide what stays on the wall
https://www.npr.org/2022/10/14/1127843326/when-murals-depict-traumatic-history-schools-must-decide-what-stays-on-the-wall?fbclid=IwAR1ZkN34c6YLQraxg0oEK4FmD7iAL7WFJAzFq1GQcnZurlOaLDn5fk6__0c

Alice Walker "They should leave the mural and explain the mural to the children" The Destruction Of The George Washington High Victor Arnautoff Murals
https://youtu.be/XPFPTB_XZ6U

Labor Video Project
http://www.labormedia.net
END_OF_DOCUMENT_TOKEN_TO_BE_REPLACED
Add Your Comments
Support Independent Media
We are 100% volunteer and depend on your participation to sustain our efforts!