Threat of White Nationalism: The Struggle Between Democracy and Whiteness in America 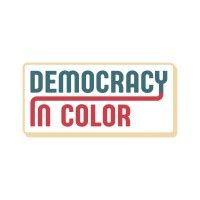 
This is a national voter mobilization event in conjunction with the publication of "How We Win the Civil War: The Struggle Between Democracy and Whiteness." The book highlights the true nature of the fight we are facing, shows how the Confederates never stopped fighting after the Civil War, and illuminates how voter suppression and restricting democracy are current cornerstones of a Confederate Battle Plan that is still being deployed to this day.

Steve Phillips' book "How We Win the Civil War" highlights the work of the key groups and leaders who have led this transformation—people such as Stacey Abrams in Georgia and Tram Nguyen in Virginia and features five case studies of states and regions that have been transformed from former Confederate bastions into places actually winning the fight to create a multi-racial democracy.

The Town Hall will be a national event put on by Democracy in Color in partnership with several progressive national organizations including MoveOn, Community Change, Netroots Nation, Working Families Party, Voto Latino, and Justice Democrats.

The focus of the event will be a conversation between Booker and Phillips about how to build majority support for a justice agenda when we face widespread voter suppression and demagogic attempts to whip up white racial resentment and fear.

The theme will be to issue a call to action to defend the concept of the country as a multi-racial democracy and to do so by vigorously expanding voter participation. The event will also showcase work of key organizations and leaders doing critical civic engagement work in battleground states.

A﻿bout How We Win the Civil War

Steve Phillips’s first book, Brown Is the New White, helped shift the national conversation around race and electoral politics, earning a spot on the New York Times bestseller list and launching Phillips into the upper ranks of trusted observers of the nation’s changing demographics and their implications for our political future.

Now, in How We Win the Civil War, Phillips warns that the Confederates never stopped fighting the Civil War, that conservatives are taking full advantage of this reality, and that those in denial imperil our democracy. He charts the way forward in the post-Trump era, arguing that progressives must recognize the true nature of the fight we’re in—an existential battle between those who wish to make America a multiracial democracy and those clinging to the concept that this is fundamentally a white nation.

Steve Phillips is a national political leader, bestselling author, and columnist. He is the author of The New York Times bestseller Brown Is the New White: How the Demographic Revolution Has Created a New American Majority and the forthcoming book How We Win the Civil War: Securing a Multiracial Democracy and Ending White Supremacy for Good, due out in October 2022.

He is a columnist for The Guardian and The Nation, and an opinion contributor to The New York Times. He is also the host of “Democracy in Color with Steve Phillips,” a color-conscious podcast on politics. He is the founder of Democracy in Color, a political media organization dedicated to race, politics and the multicultural progressive New American Majority.

Phillips is a graduate of Stanford University and Hastings College of the Law and practiced civil rights and employment law for many years. Phillips has appeared on multiple national radio and television networks including NBC, CNN, MSNBC and C-SPAN.
Added to the calendar on Mon, Oct 17, 2022 11:23AM
Add Your Comments
Support Independent Media
We are 100% volunteer and depend on your participation to sustain our efforts!