by CSIA Nitassinan
In Paris, today's Indigenous solidarity event focuses on freedom for imprisoned Leonard Peltier and honors Indigenous rights around the world. 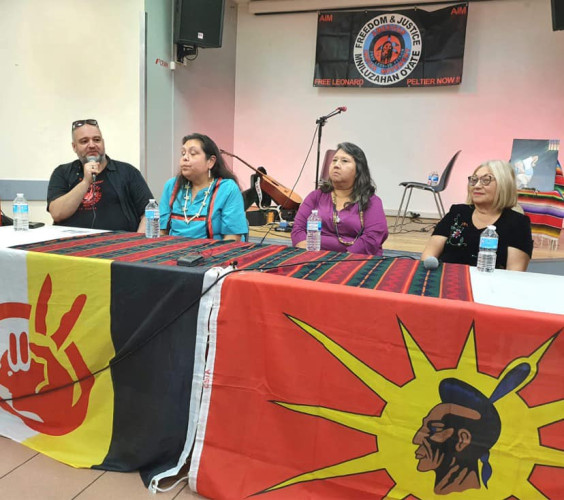 As part of the celebrations of the 15th anniversary of the adoption of the Declaration of the Rights of Indigenous Peoples by the United Nations and the First Year of the UNESCO International Decade of Native Languages (2022 - 2032) CSIA is hosting the International Day of Solidarity with Indigenous Peoples of the Americas Program on October 16, 2022.

3:30 pm - First round table - UNESCO International Decade of Native Languages
The United Nations General Assembly (resolution A/RES/74/135) has proclaimed the period from 2022 to 2032 the International Decade of Native Languages (IDIL 2022-2032), in order to draw the attention of the world to the critical situation I want to know how many indigenous languages and mobilize stakeholders and resources for their preservation, their revitalization and their promotion.

"Speaking your native language is resisting and building the future"

4:30 pm - Break time
4:40pm - Sacheen Littlefeather Tribute
Sacheen Littlefeather is the Apache and Yaqui AIM activist who turned down Marlon Brando's Best Actor Oscar for "The Godfather" in a protest against the film industry's treatment of Native Americans and repression underway at the time against indigenous occupying the village of Wounded Knee on the Oglala Lakota Nation in Pine Ridge, South Dakota.
Sacheen, friend and ally of the CSIA-Nitassinan, left us last October 2 at the age of 75. The Oscars Academy held a ceremony at its new Los Angeles museum on September 17 to pay tribute and apologize for the treatment she suffered at the recent Oscars ceremony. nineteen years.

"When I am gone, always remember that whenever you stand for your truth, you will be keeping alive my voice and the voices of our nations and our peoples."

Leonard Peltier (Dakota/Anishinaabe), activist of the American Indian Movement - AIM.
Peltier is serving his 47th year in prison in the United States for a crime he did not commit.

Amnesty International considers Peltier a political prisoner who should be released immediately and unconditionally. He is considered the "Nelson Mandela of indigenous peoples."

Pressure is currently mounting in the United States for President Joe Biden to grant him a presidential pardon. The UN Working Group on Arbitrary Detention recently released a 17-page report calling for his just release.

A delegation from the International Leonard Peltier Defense Committee (ILPDC) and the Rise Up For Peltier Coalition is currently in Europe to internationalize this struggle. The delegation began its visit at the 51st session of the Council on Human Rights, at the United Nations Headquarters in Geneva, Switzerland, and then went to Italy and Germany. Indigenous representatives decided to give us the honor of ending their trip to Paris on the CSIA-Nitassinan International Day of Solidarity with Indigenous Peoples of America.

Speakers:
Kathy Peltier, Diné/Navajo, Dakota Lakota and Anishinaabe, is the youngest daughter of the American political prisoner, Leonard Peltier. She never knew her father outside of the federal prison. She is participating in the Walk to Justice for Leonard Peltier which is going through the United States right now and will end outside the White House in Washington D.C. Coming up mid November.

Jean Roach, Sioux Miniconjou Lakota, native to the Cheyenne River Nation in South Dakota is a recognized artist. Survivor of the Oglala Shooting by the FBI in 1975 and the Reign of Terror on the Pine Ridge Reserve in the 1970s, she is one of the directors of the International Leonard Peltier Defense Committee - ILPDC and member of AIM Grassroots.

Free Entry
- Facebook Event to go live! -> https://fb.me/e/5GEF8RBlH
#IDIL20222032
#IndigenousLanguages #WeAreIndigenous
-> If you want to be kept in the loop. and. If you want to act in solidarity with the Native Peoples of America or commit with us, JOIN the Solidarity with Native American Committee:
https://www.helloasso.com/associations/comite-de-solidarite-avec-les-indiens-des-ameriques-csia-nitassinan/adhesions/adhesion-au-comite-de-solidarite-avec-les-indiens-des-ameriques?fbclid=IwAR2f-iXuJEhy2w5GkiN_4ki8lUE9o3GYlyG8ZT4PWpyoovqAhM_k5PvpesI 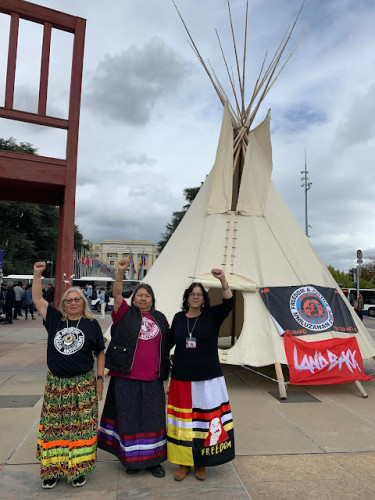 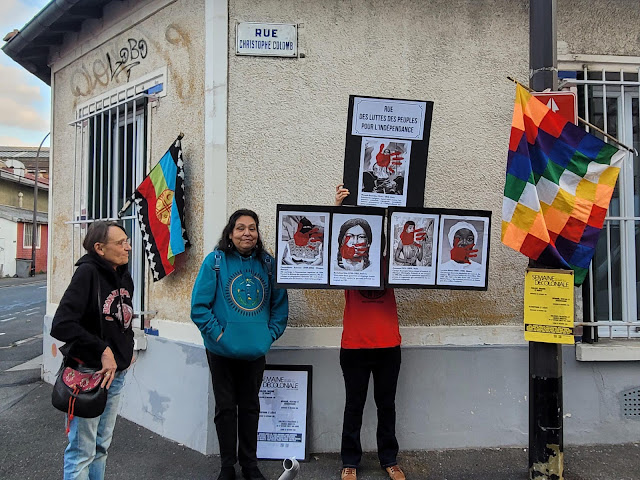 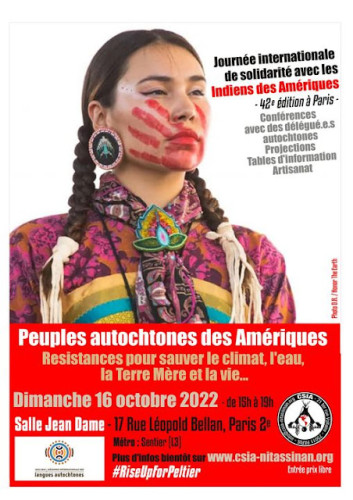 original image (452x640)
END_OF_DOCUMENT_TOKEN_TO_BE_REPLACED
Add Your Comments
Support Independent Media
We are 100% volunteer and depend on your participation to sustain our efforts!