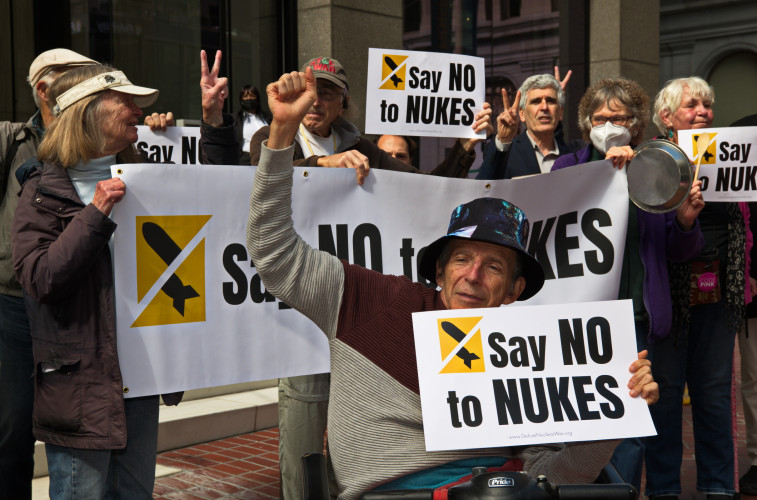 As part of the "Defuse Nuclear War" month of October, peace activist held demonstrations and picket lines in more than 40 US cities. October because sixty years ago nuclear war was almost unleashed because the US would not tolerate a country from a hostile alliance 90 miles from its border.

Code Pink, RootsAction and other peace activists did their part on Friday, October 14th in San Francisco in actions at the offices of California Senators Feinstein and Padilla.

According to writer Norman Solomon, co-founder of RootsAction, "Picket lines at so many congressional offices across the country convey that more and more constituents are fed up with the timidity of elected officials, who've refused to acknowledge the extent of the current grave dangers of nuclear war, much less speak out and take action to mitigate those dangers." This message was reiterated to the Senators' representative.

There will be additional actions this Sunday including street theater "Nuclear War Follies" at UC Berkeley. 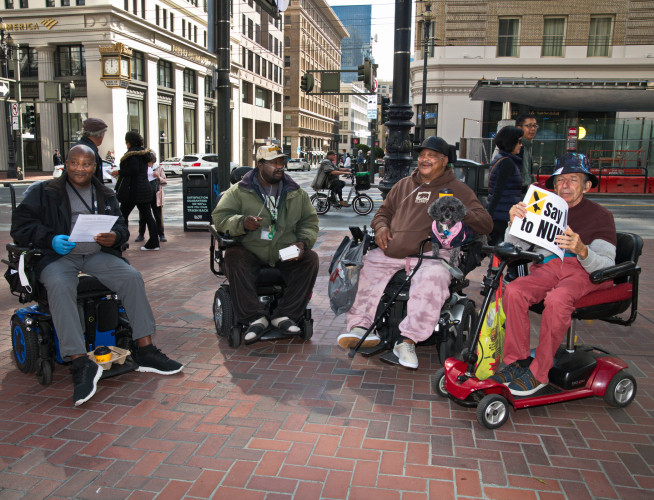 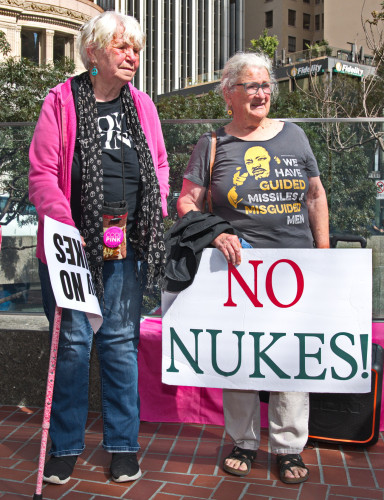 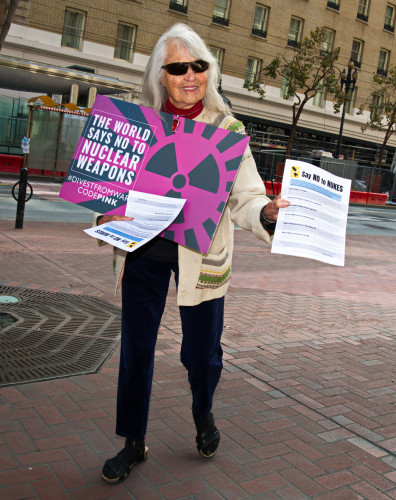 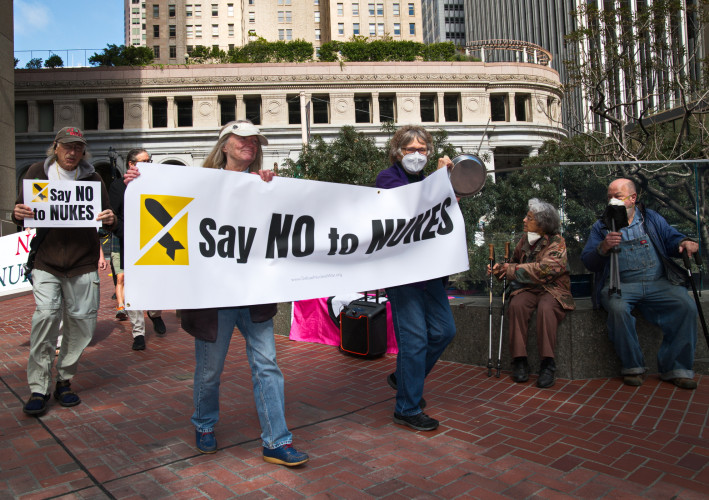 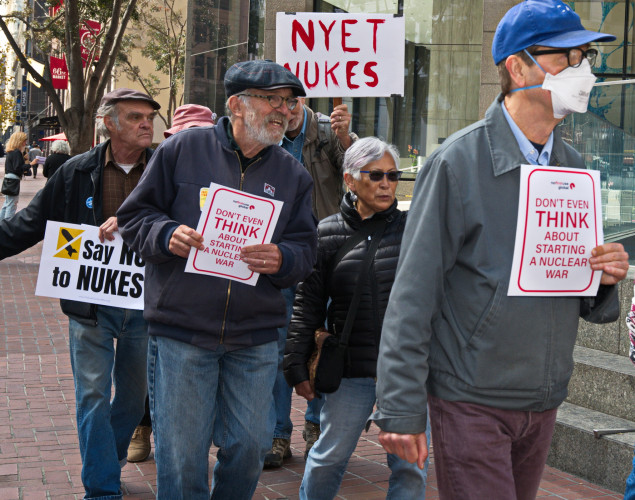 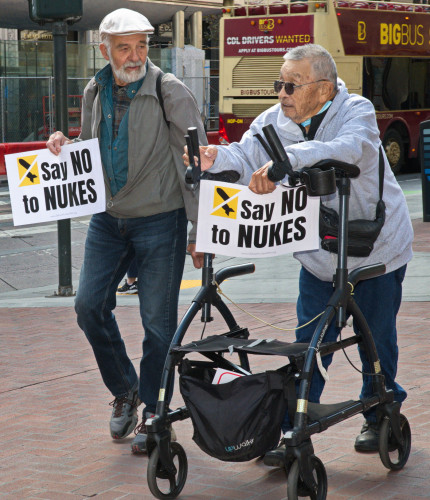 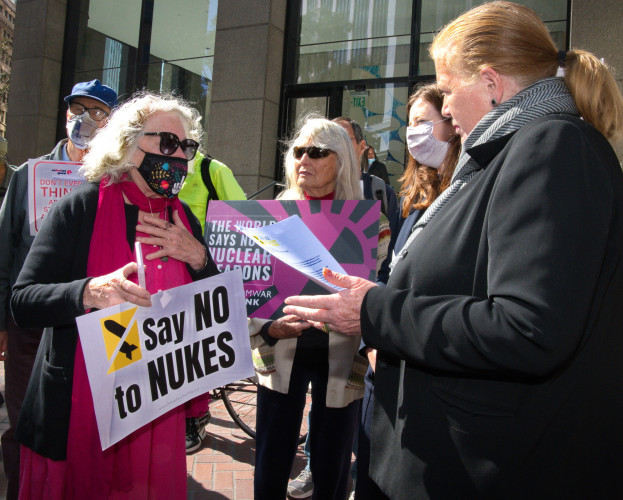 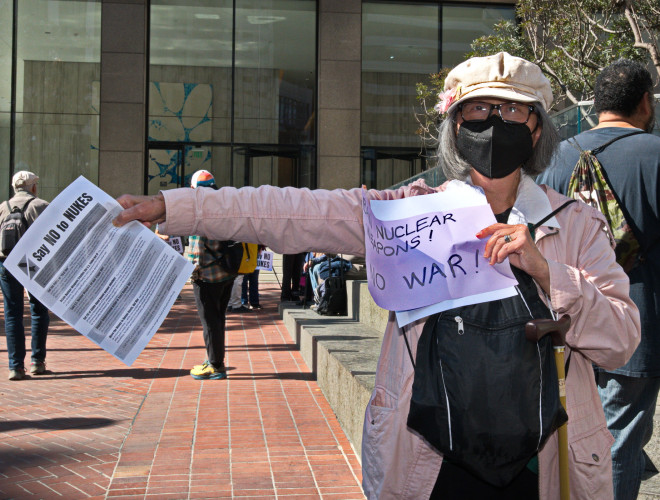 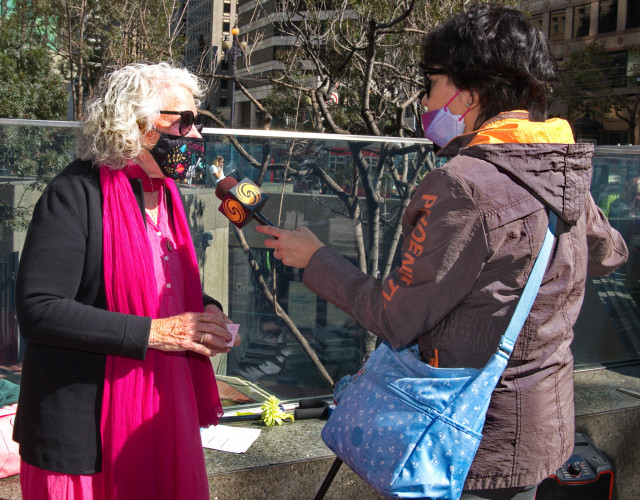 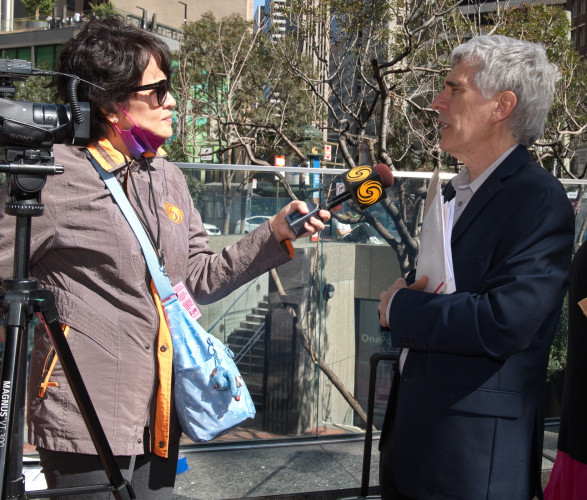 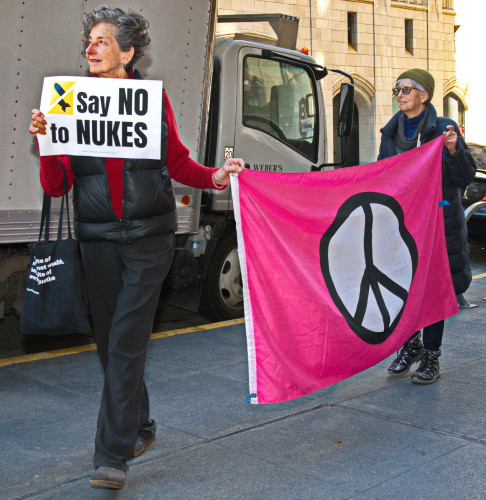 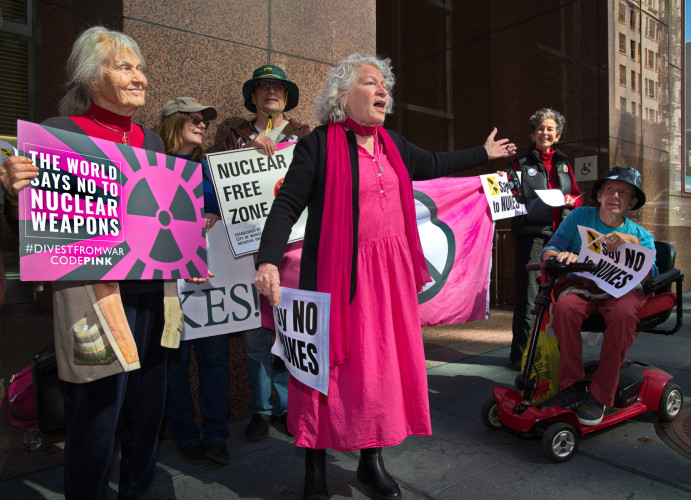 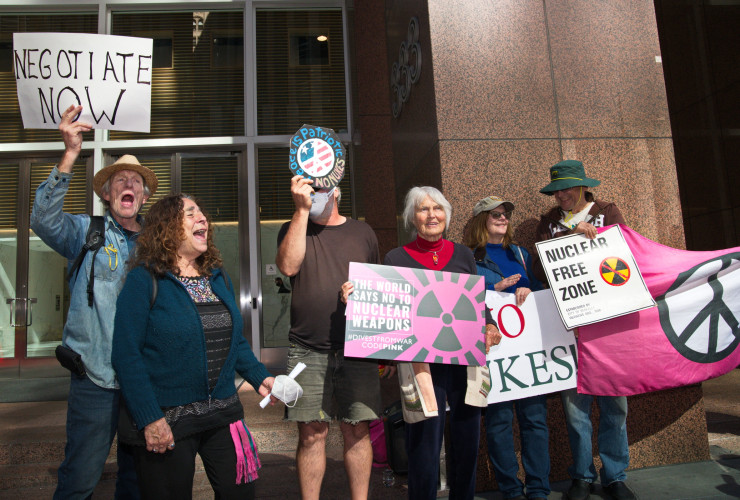 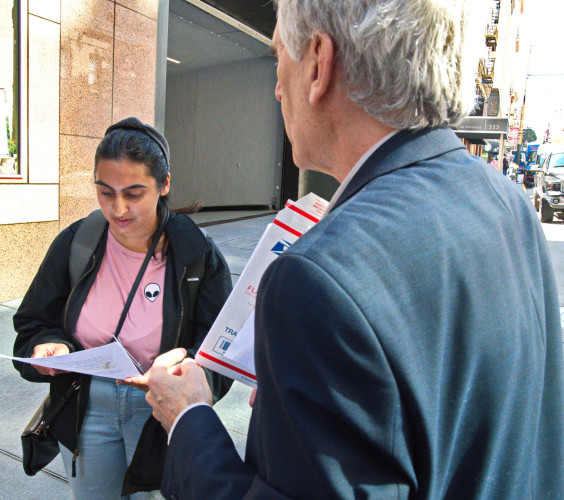 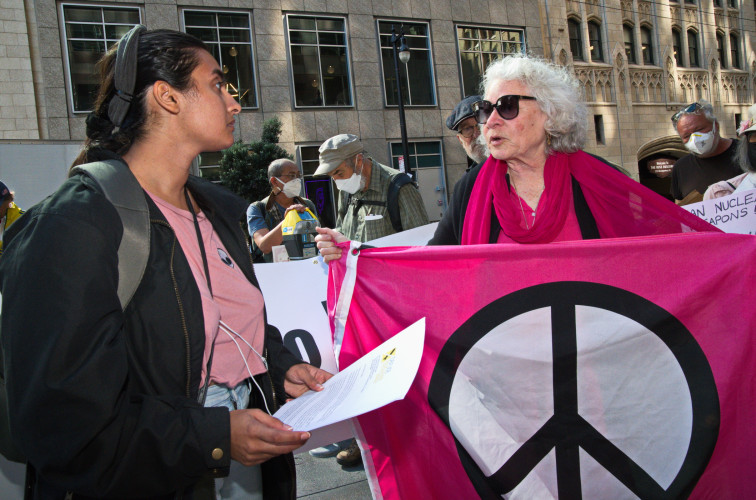 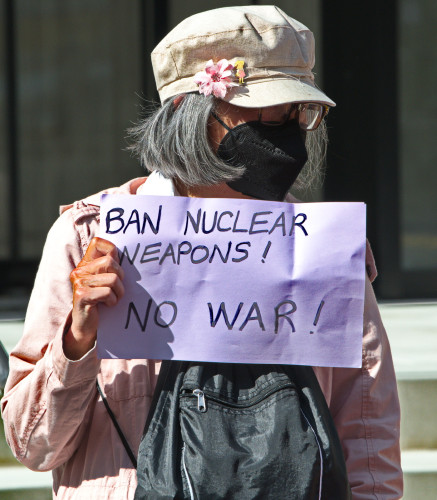 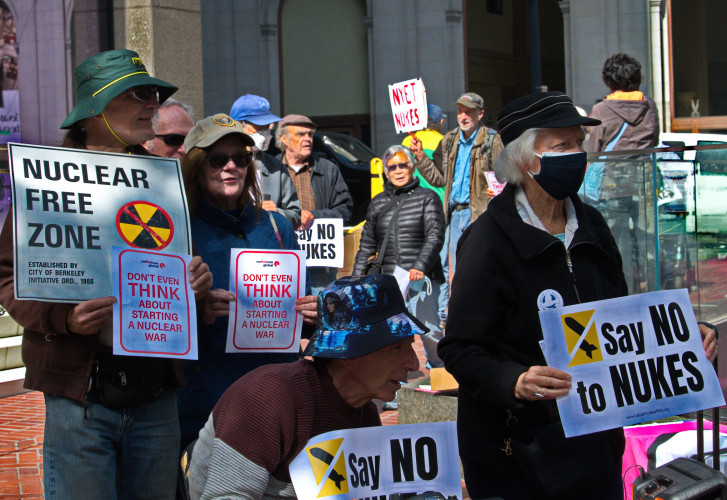 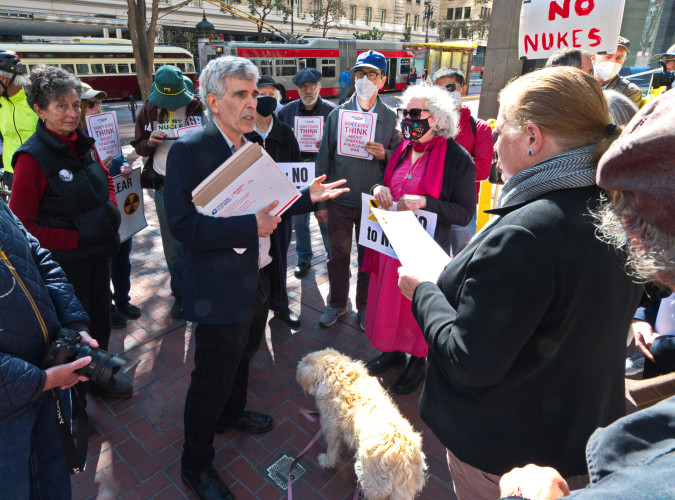 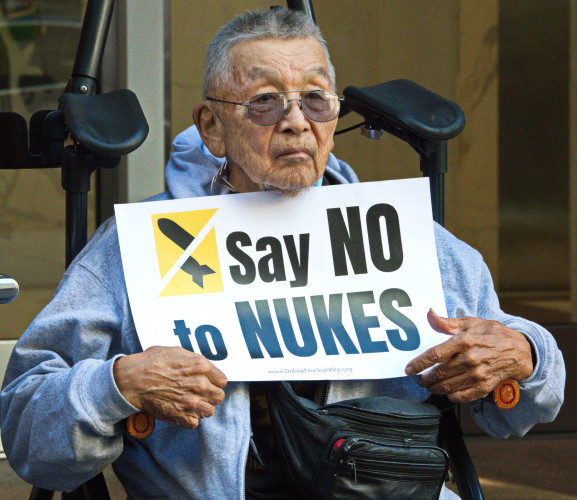 original image (1615x1400)
Add Your Comments
Support Independent Media
We are 100% volunteer and depend on your participation to sustain our efforts!