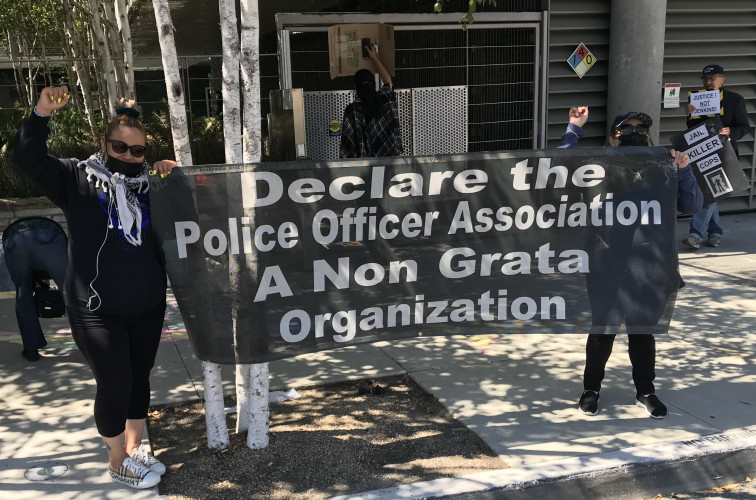 -For not holding police accountable for abusing and killing people in our communities, she fired or reassigned attorneys who were in various phases of the trial process.
-For her deceit of San Franciscans, from the time the Guido trial didn’t go her way and she quit the DA’s office till the lies she continues to build in her campaign.
-For contributing more to AAPI Hate by dividing the Black, Brown and Asian communities


On July 21, SF BoS approved a two-year, $14 billion budget that includes the hiring of 220 police officers to fill vacancies within the San Francisco Police Department – This was Mayor Breed’s proposal.
No accountability measures were part of this bill.
Only one supervisor voted against this – Supervisor Dean Preston.

- JUSTICE YES; JENKINS NO!
- The Police Officers Association be SHUT DOWN!
- Abolish the ‘Officers Bill of Rights’
- Jail Killer Cops – we demand killer cops be charged with murder
- Abolish the Police

Added to the calendar on Thu, Oct 13, 2022 12:19PM
Add Your Comments
Support Independent Media
We are 100% volunteer and depend on your participation to sustain our efforts!