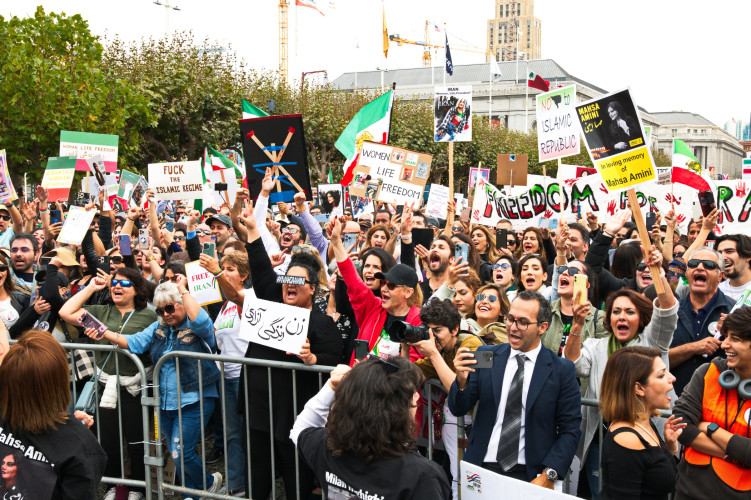 October 9, San Francisco. The death of Mahsa Amini, the young woman imprisoned by Iran's "morality" police for not properly covering her hair, has sparked world wide protests. As part of a serious challenge to Iran's cleric dominated regime, thousands of Iranians and women's rights supporters converged in front of San Francisco's City Hall in yet another Bay Area demonstration against the Iranian regime. With the slogan "Women Life Freedom" speakers blasted the regime and the crowd waved their arms shouting Farsi slogans.

Signs and banners proliferated among hundreds of Iranian flags. Young and old noted the death of other young women at the hands of the regime.

With stunning hypocrysy Speaker Pelosi and Santor Feinstein sent messages of support, neglecting the sordid story of U.S. subversion of Iranian democracy. In 1953 the U.S. engineered the overthrow of Prime Ministed Mossadeq for the crime of attempting to devote the benefit of Iran's oil resources to Iranians as opposed to the interests of U.S. oil companies.

Oppression by the US supported Shah then provided the opening for ayatollah Khomeini to lead a right wing revolution and establish an Islamic state. Iran has been under US economic attack ever since. As with Afghanistan, the US whitewashes its subversion of Iran with the fig leaf of support for women's rights. The current unrest, though sparked by the regimes crimes against women is also due Iran's economic difficulties mostly impacting ordinary citizens. US policy to countries who oppose US corporate interests continues to be, in Chomsky's words, "overthrow your government or watch your children starve."

This latest round of protests against the Iranian regime has been ongoing throughout the world for weeks and shows no sign of abating. 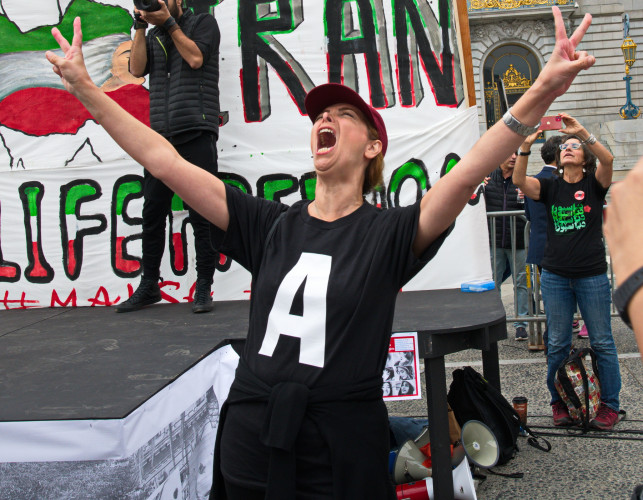 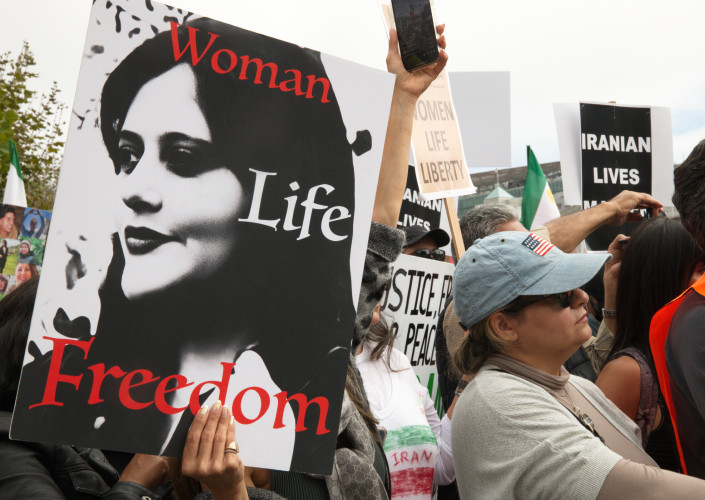 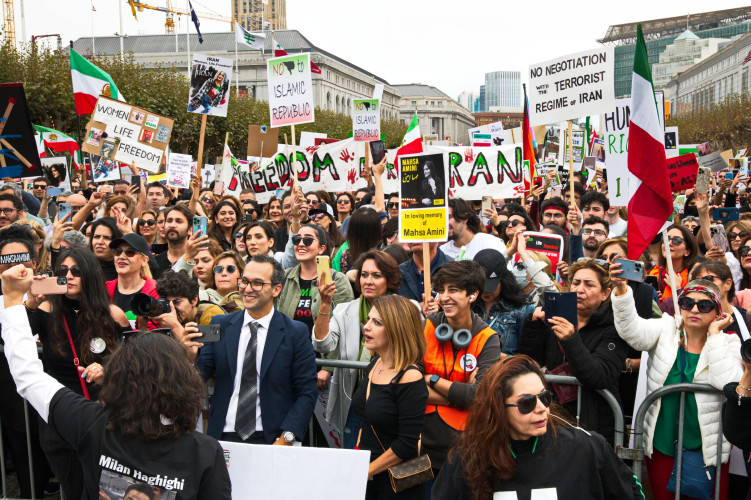 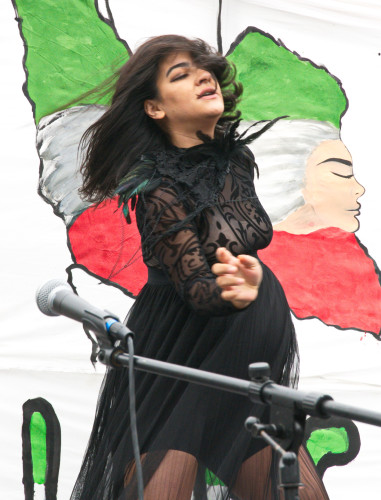 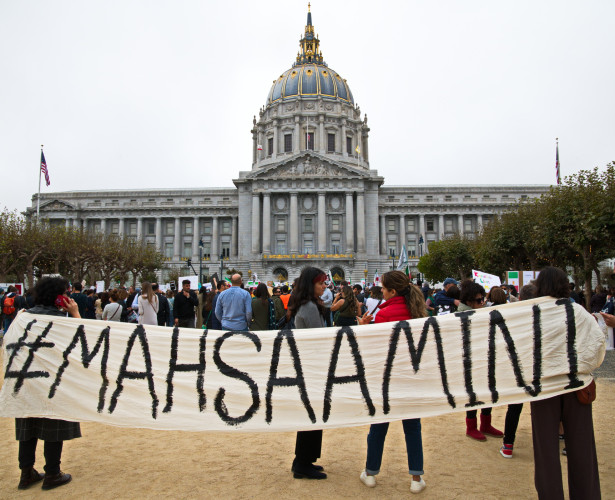 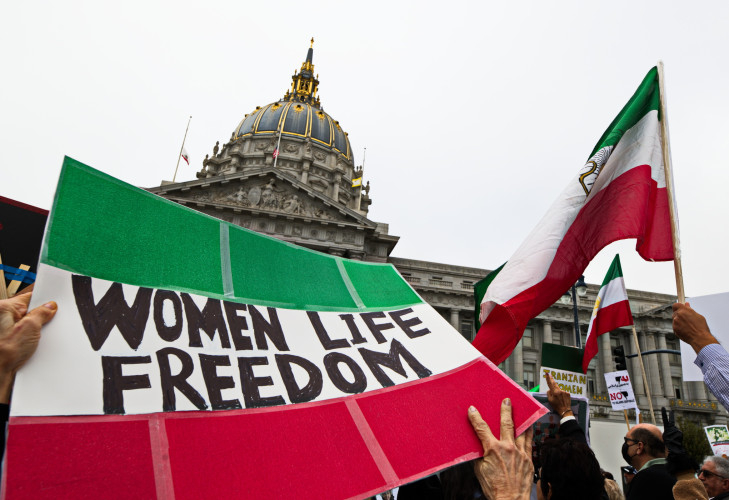 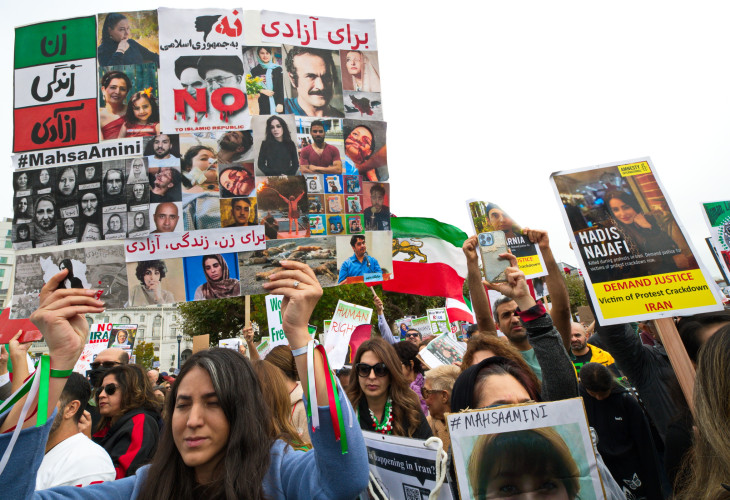 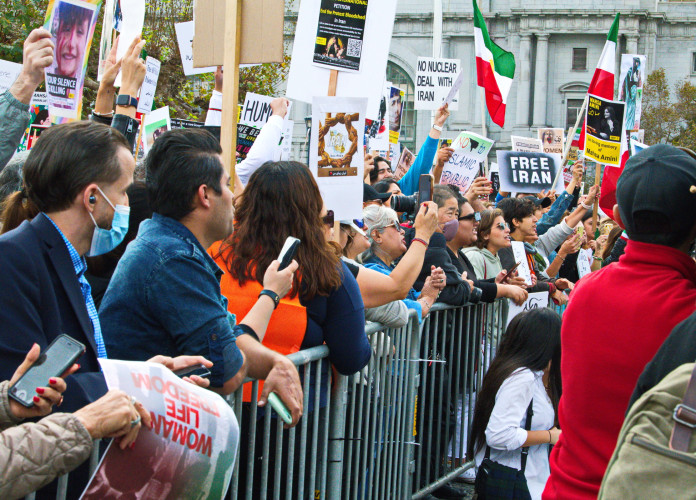 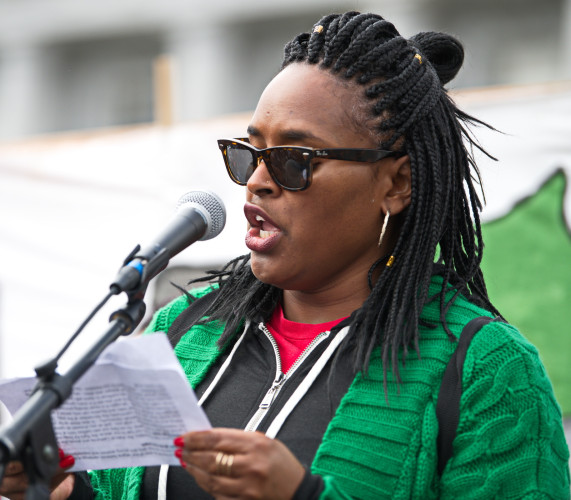 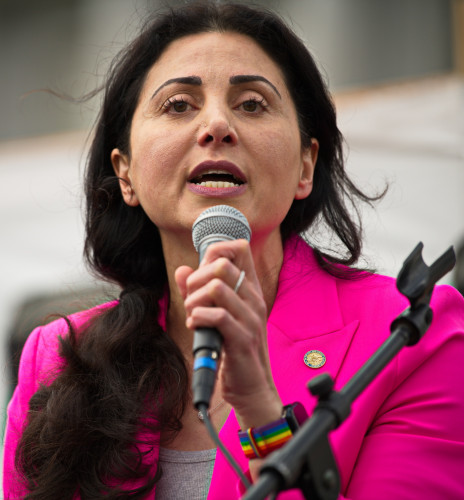 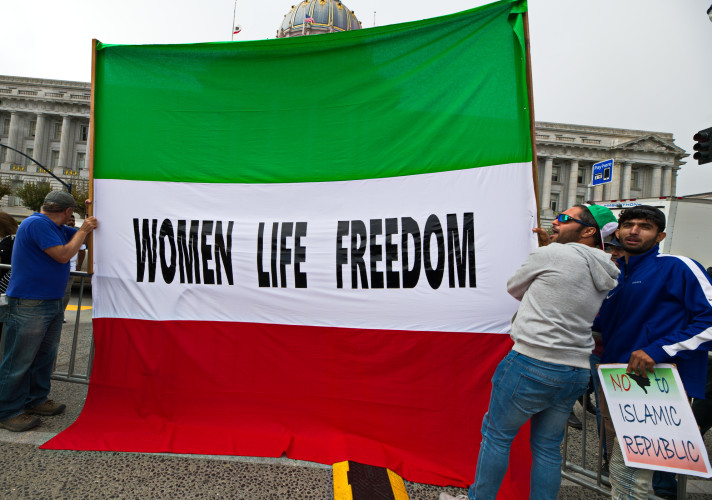 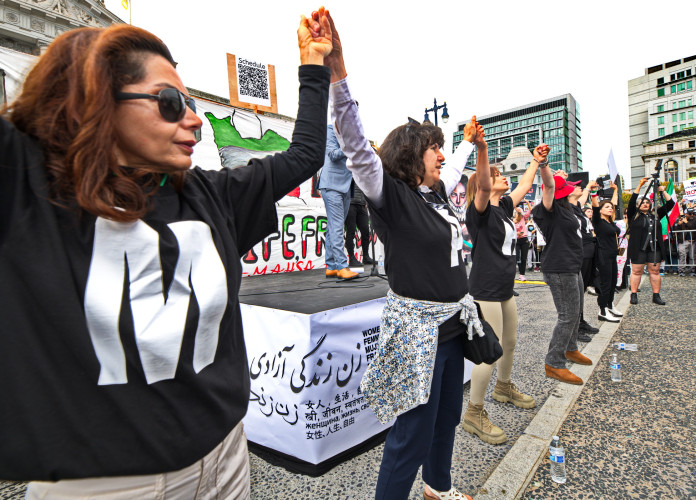 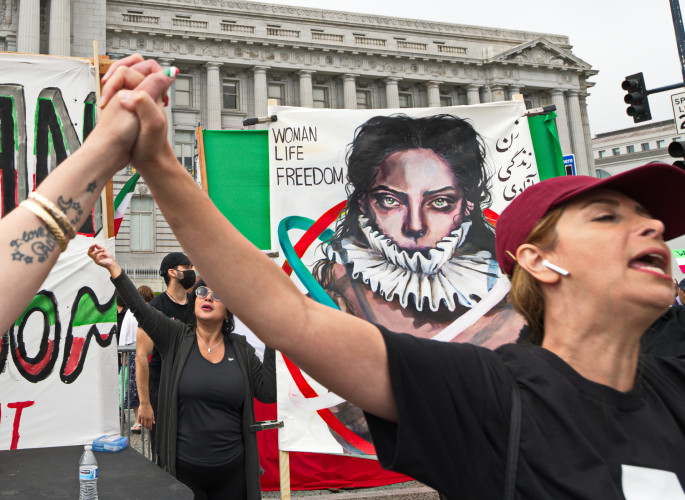 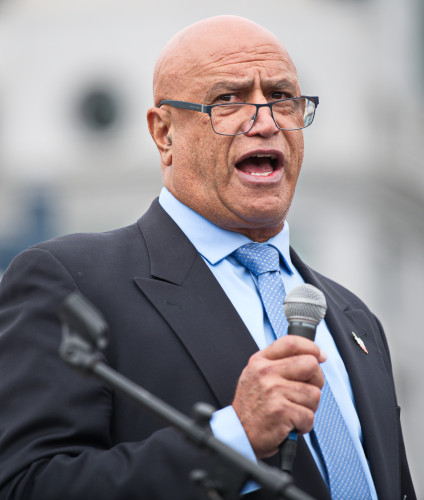 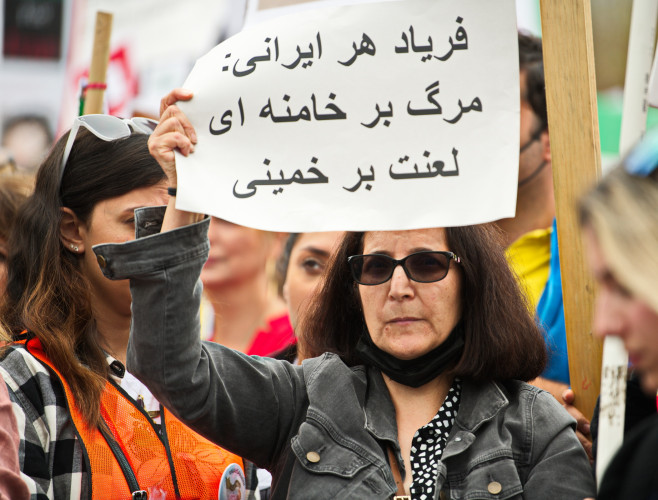 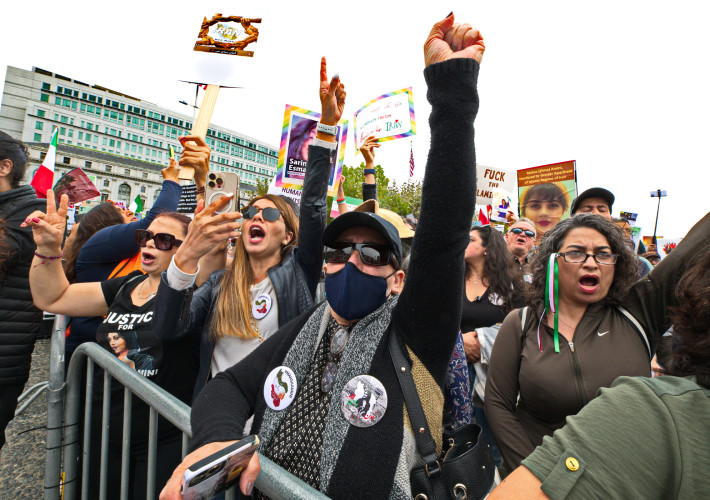 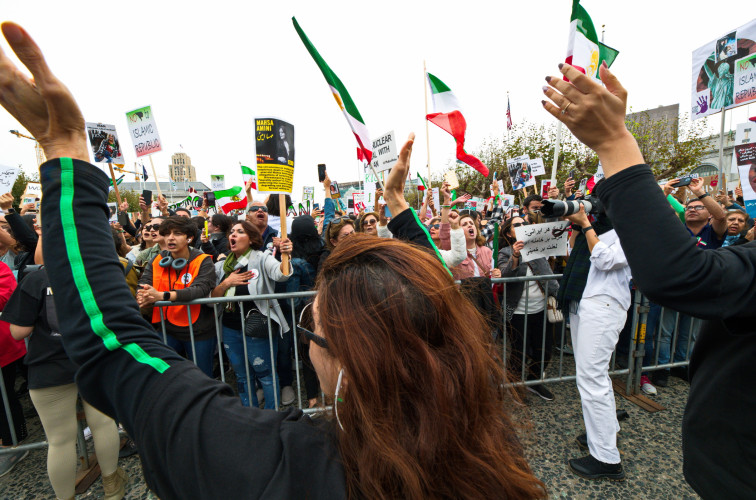 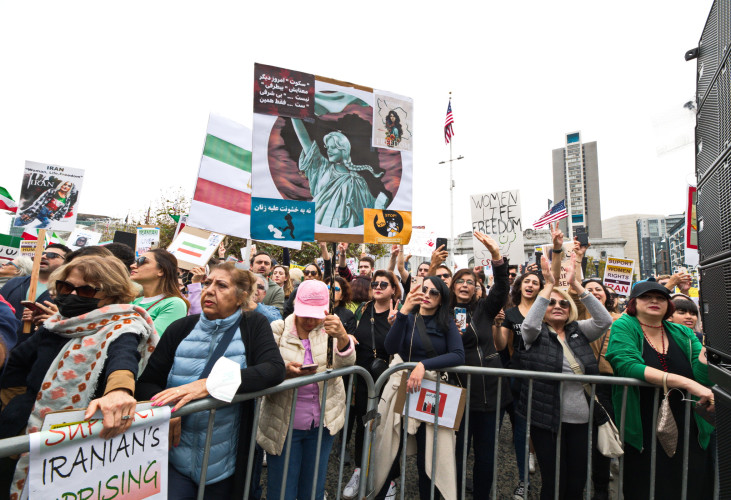 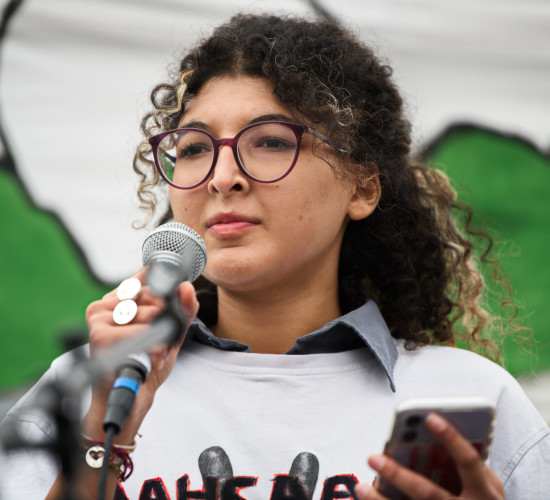 original image (1541x1400)
Add Your Comments
Support Independent Media
We are 100% volunteer and depend on your participation to sustain our efforts!