by Reproductive Justice Crier
People across the U.S. came into the streets to protest the Hyde Amendment that removed federal funds from abortion services. They remembered the first known death due to that law, that of Rosie Jiménez. In San Francisco, poetry and song punctuated a program of moving speeches in the Mission District. 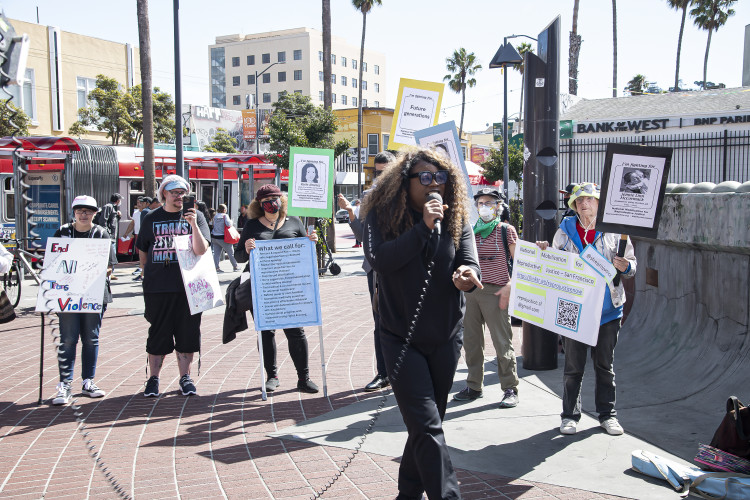 On October 1, rally attendees said their call for the repeal of the Hyde Amendment and full access to abortion is just the beginning. Speakers in the BART Plaza at 24th and Mission cried out for affordable childcare, for the reuniting of immigrant families separated by draconian laws, and for an end to racism in reproductive health care,

Many people do not know that Indian children have been torn from their families to be placed in white households where they supposedly receive "better" care. One of the demands of the October 1 rally was the upholding of the Indian Child Welfare Act (ICWA), a federal law that gives tribal governments jurisdiction over children who reside on a reservation. A challenge to the Act will be heard by the US Supreme Court this year, and with Amy Coney "need adoptable kids in the pipeline" Barrett on the court, there is fear that the ICWA will be overturned.

Speakers talked about homophobia and transphobia. They called for the end of hate and bigotry everywhere.

Famed poet Nellie Wong, now an octogenarian, read a poem about the intersection of race and reproductive justice. As a poignant part of the event, organizers broadcast Vivir Quintana's song about femicide Canción Sin Miedo through the plaza and beyond into the busy intersection.
END_OF_DOCUMENT_TOKEN_TO_BE_REPLACED
§looking out from the plaza towards the intersection 24th/Mission
by Reproductive Justice Crier 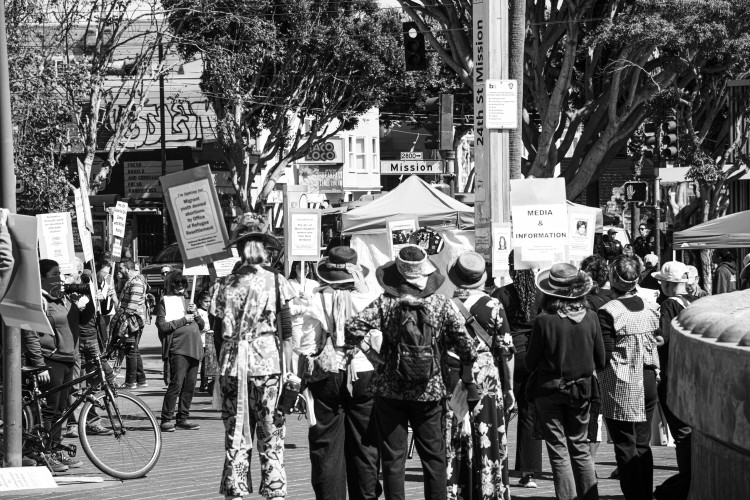 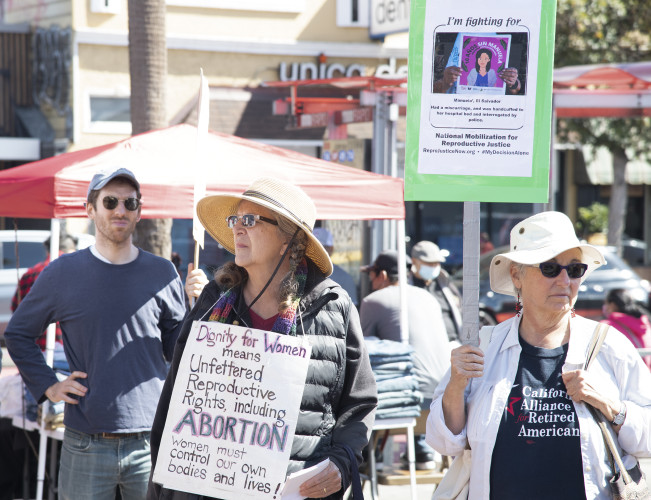 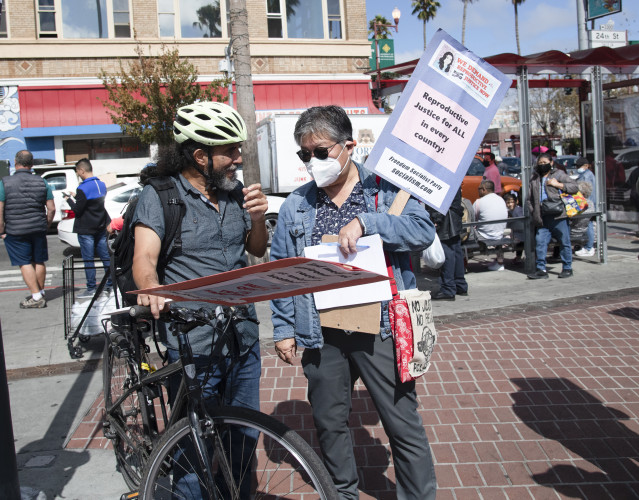 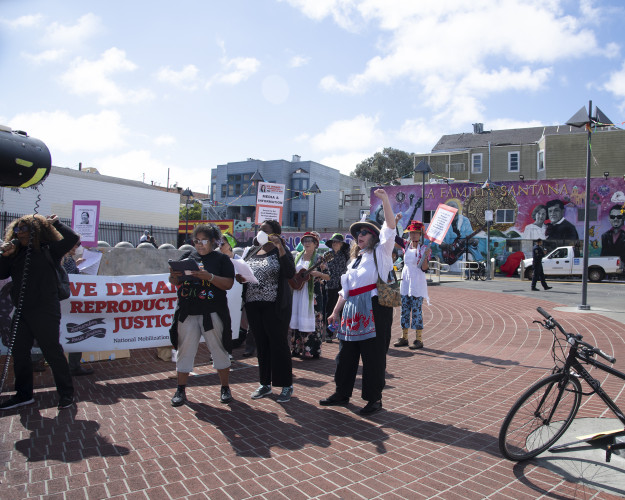 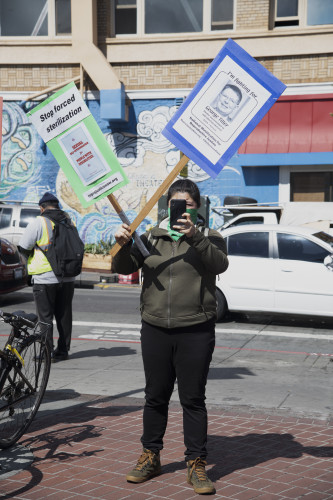 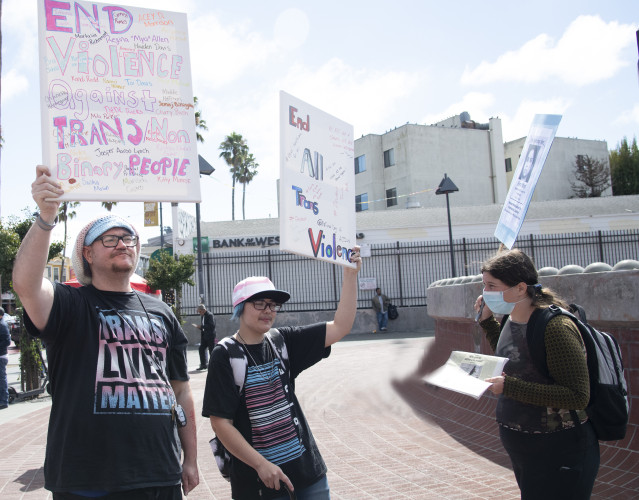 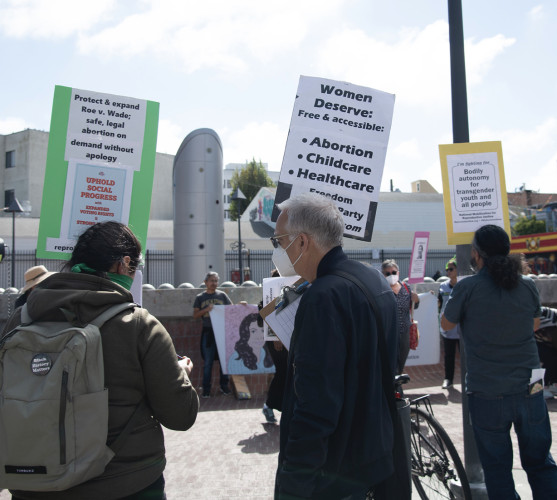 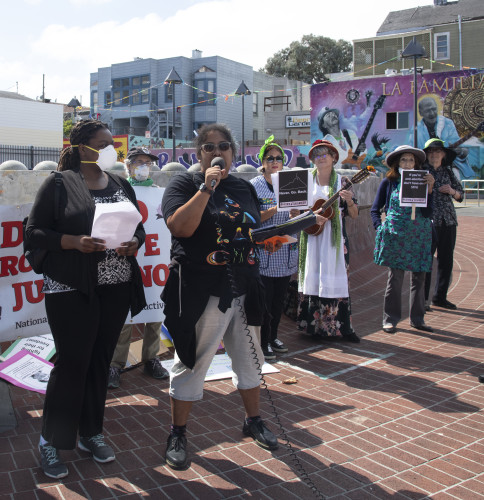 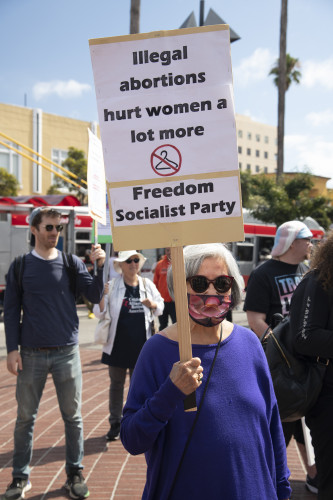 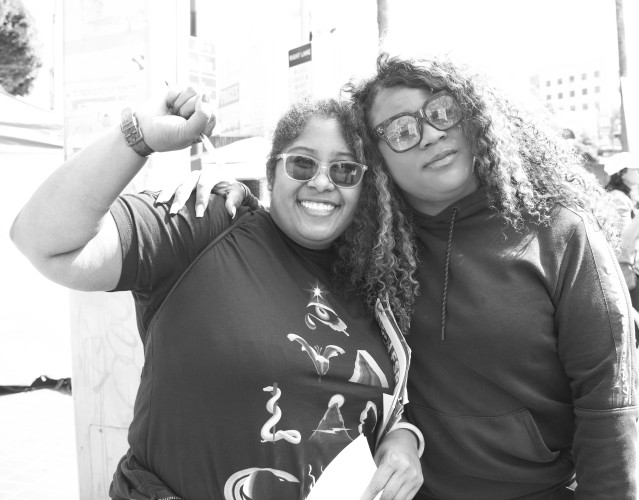 original image (3088x2417)
END_OF_DOCUMENT_TOKEN_TO_BE_REPLACED
Add Your Comments
Support Independent Media
We are 100% volunteer and depend on your participation to sustain our efforts!