Clean cars lead to better health outcomes while dirty fossil fuel engines add pollutants to the air that can cause cancer, asthma and other lifelong health aliments. The fossil fuels also have caused the climate crisis.

The Inflation Reduction Act (IRA), with its historic $369 billion investment in climate action, will massively ramp up clean energy production and overall slash climate pollution in the U.S. by an estimated 40 percent by the end of the decade.  However, while the IRA provides tax incentives to purchase electric vehicles, more needs to be done. There still is a vitally important climate solution that needs timely and urgent attention: reducing pollution from the tailpipes of cars and light duty vehicles with stringent Environmental Protection Agency (EPA) standards.

The transportation sector is the number one contributor to climate change in the United States. Cars and light-duty vehicles make up more than 20 percent of all U.S. gas emissions and 45 percent of all U.S. oil consumption. Vehicle pollution accelerates climate change and contributes to health conditions caused by poor air quality, which disproportionately impact low-income and communities of color.

Elected Officials to Protect America (EOPA) applauds the Biden-Harris administration’s decision to set stronger clean car standards through 2026, and encourages the administration to take the next step in implementing long-term standards to reach a 60 percent reduction in greenhouse gas emissions from new vehicles by 2030. EOPA, with close to 600 elected officials from across the country, sent a letter to President Biden encouraging them to take the necessary steps to start the rulemaking process for the next round of clean car standards before the end of the year.

“The transportation sector is the largest source of climate pollution in the U.S. Cleaning up this dangerous pollution is one of the most important things we can do to fight the climate crisis, protect our children’s future and national security,” said Alex Cornell du Houx, former Maine state Representative, Marine combat veteran, President of Elected Officials to Protect America and Co-Founder. “Tailpipe pollution harms the health of our families. Tragically, and unjustly, communities of color living near heavily trafficked roads and highways suffer the most. The strongest possible pollution standards for cars and light duty vehicles will cut greenhouse gas emissions, help us achieve a more stable climate, and protect public health nationwide. EOPA encourages the administration to take the next step in implementing long-term standards to reach a 60 percent reduction in greenhouse gas emissions from new vehicles by 2030.”

Fine particulate matter, one of the main pollutants produced by vehicles, is responsible for 85,000 to 200,000 premature deaths per year in the United States.

“In Connecticut, the transportation sector is the single largest contributor to greenhouse gasses in the state. It’s long past time that we helped folks get where they need to go without worsening the climate crisis. That’s why I was proud to help write the Connecticut Clean Air Act, an historic effort to make electric vehicles more affordable for families, business, school districts and transit agencies,” said William Haskell, State Senator District 26, Deputy President Pro Tempore, Transportation Committee Chair, Connecticut. “But no state can tackle this problem alone, and we need the federal government to ensure that electric vehicles are the rule — not the exception. I believe that 100 percent zero-emission vehicle sales by 2035 is a vital target, and I’m proud to be a small part of the big fight to save our planet.”

California took a big leap in the transition to electric vehicles when it adopted new rules that would prohibit the sale of gasoline-powered vehicles by 2035. State actions could end up being among the most consequential policy shifts toward clean cars the United States has ever seen, which sends an unmistakable signal to industry and the public about the direction in which the market is heading. The California law will significantly reduce vehicle carbon dioxide emissions, as well as smog-forming nitrogen oxides over the next two decades.

“California is in the forefront of phasing out internal combustion engines and the harmful, planet-warming gasses they emit. EPA must fulfill its statutory mandate to protect public health and welfare by taking action to further curb those emissions. The agency’s next round of clean car standards must go further in limiting dangerous greenhouse gas emissions by following my state’s lead. Washington, D.C. and 16 states have already chosen Californian standards, together representing over 40 percent of the U.S. car market,” said Alex Walker-Griffin, Hercules Vice Mayor, California, veteran, EOPA CA Leadership Council  “Stronger clean car standards are necessary to protect public health and welfare from the dangerous and costly impacts of climate change. EPA must act accordingly.”

The newest California law establishes a credit system for automakers supplying California car dealerships and takes effect in 2026. In that year, 35 percent of all new cars an auto manufacturer sells to California dealerships would need to be either zero-emission, plug-in hybrid or hydrogen-powered vehicles. That would increase to 68 percent in 2030 and 100 percent by 2035. Sixteen states, and the District of Columbia, with vehicle emission standards tied to rules established in California will have to decide on what degree they wish to follow these strictest-in-the nation new rules. 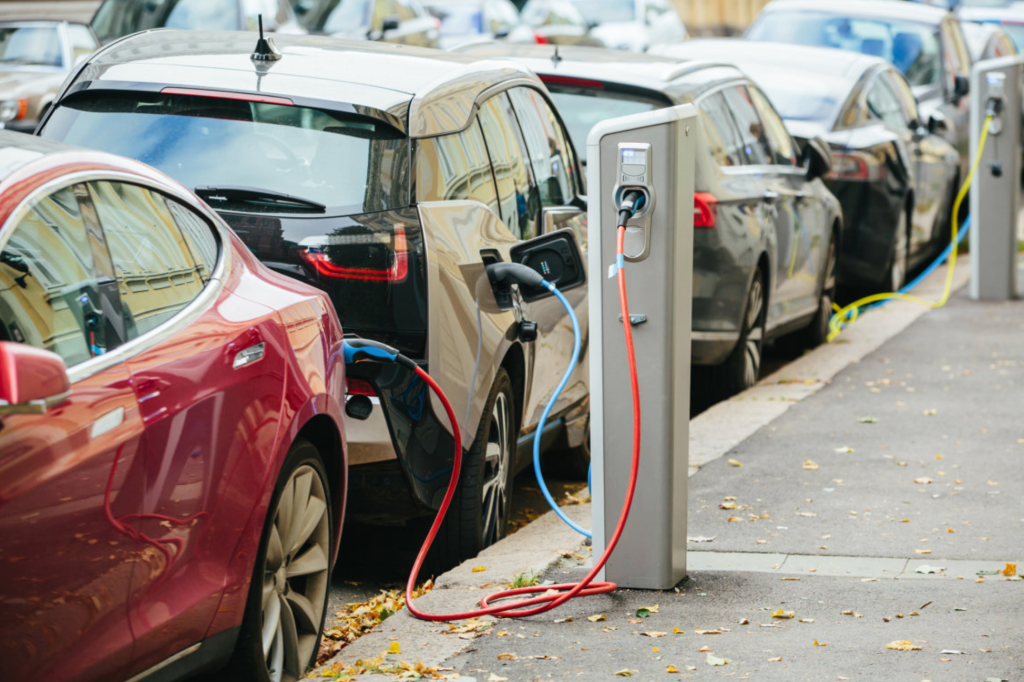 Despite California’s environmental reputation, the state remains the seventh-highest oil producing state in the nation, extracting about 358,000 barrels per day, according to state data.

“With heat waves, apocalyptic fires and a historic drought California is ground zero for the climate crisis in the West. We have to stop fossil fuel production to ensure the public health impacts on frontline communities stops. In my state, over 34,000 people here die prematurely because of the dangerous particulates caused by fossil fuel emissions. These combustion engine greenhouse gasses are a major contributor to climate change,” said  Andrew Lewis, Councilmember, North Westwood Neighborhood, California. “Not only will clean car standards deliver significant savings to drivers over the lives of their vehicles, they’ll save lives. I encourage the administration to take the next step in implementing long-term standards to reach a 60 percent reduction in greenhouse gas emissions from new vehicles by 2030, and urge EPA to adopt the strong clean car standards like we have in California for our nation’s prosperity and health.”

The Biden administration has done significant ground work to help the transition to EVs. In the Bipartisan Infrastructure Law, the Biden administration included $7.5 billion to help accelerate EV adoption by building a nationwide network of 500,000 EV charging stations. By 2030 a convenient national charging network that promises equitable access to rural drivers and overburdened and underserved communities will be created. With increased charging availability the stage is set for more EV use. More than $7 billion has also been set aside for investments in battery manufacturing, materials, and recycling to drive down EV costs, increase sustainability, and build the batteries that will power the future vehicles in the United States.

“Automakers have been producing zero-emission vehicles for years and are committed to ramping up production over the coming decade. EPA’s next round of clean car standards must fully account for these clean, safe, and cost-effective technologies,” said Gary Schlack, Councilmember, Allen Park City, Michigan, veteran. “As a result of the Infrastructure Law and the Inflation Reduction Act, we can count on more electric vehicle chargers, lower-carbon fuels, tax incentives to purchase more electric vehicles and will see a ramp up of electric vehicles from car manufactures. But we still critically need EPA to provide strong, long-lasting national standards to lower tailpipe emissions. Clean car standards are a critical tool to reduce dangerous air pollution and fight greenhouse gas emissions.”

This strategic expansion and development of the electric vehicle industry has the potential to create 150,000 new jobs. These jobs are not isolated to certain localities; more than 1,200 facilities in 48 states make components and materials that contribute to the manufacturing of clean cars.

By 2030, President Biden wants 50 percent of all new vehicles sold to be electric or plug-in hybrid electric models. However, he has yet to endorse phasing out new gasoline-powered vehicle sales by 2030.