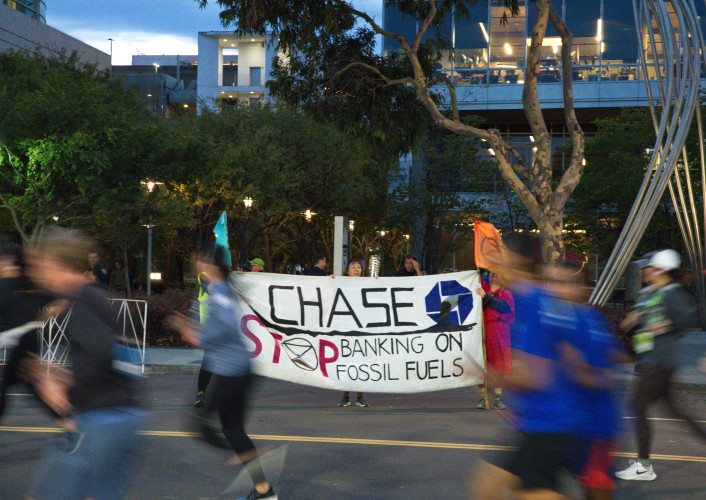 original image (1979x1400)
On Tuesday evening Sept. 20, JP Morgan Chase held their annual foot race to promote themselves. According to their announcer, the event was ..., are you ready?, a "celebration of corporate camaraderie." Environmental groups were there to provide additional information about the bank's leading role in planet destroying fossil fuel funding. They demanded that Chase stop lending billions to the oil and gas industry.

"Lamentors" and an "extractor" were near the starting gate. Banners were unfurled at the finish line and messages were projected on the Chase Center building. Kayakers with a banner were in the water at the third street bridge.

Activists attempted to display a banner inside the Center and were dragged out and ejected, providing effective video by Alice M.. The action included an art gallery where photojournalist and Paradise resident, Allen Myers, displayed his photos of friends and family standing in the ashes of their homes. Myers said, “I've watched the climate change in my lifetime. We know climate change played a role in the Camp Fire. These photos show the face of the climate crisis and that it is here, right now in California, and the companies funding this crisis have got to be stopped." 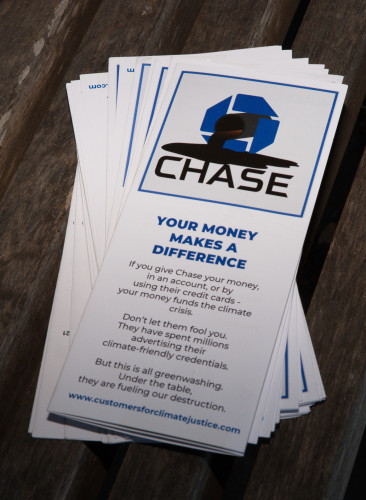 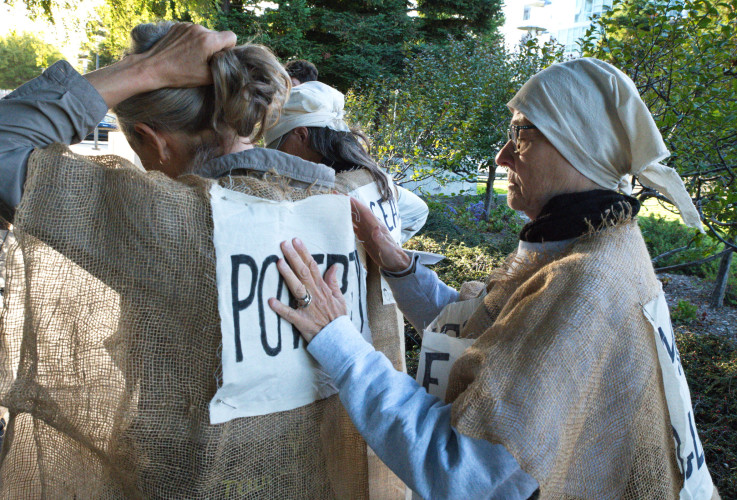 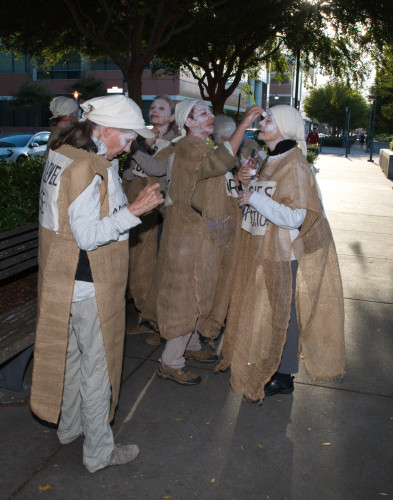 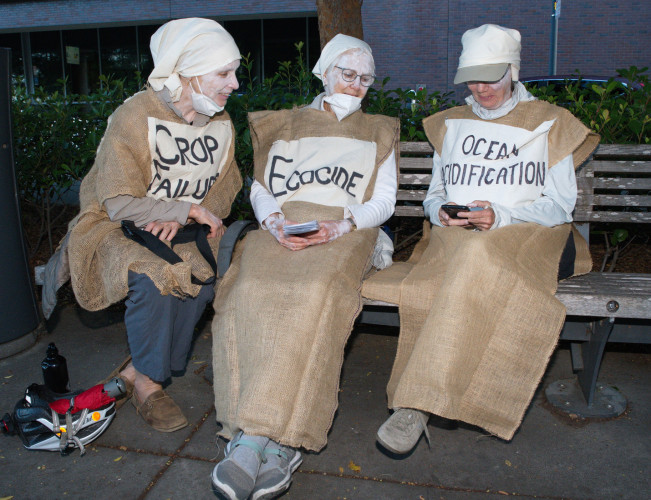 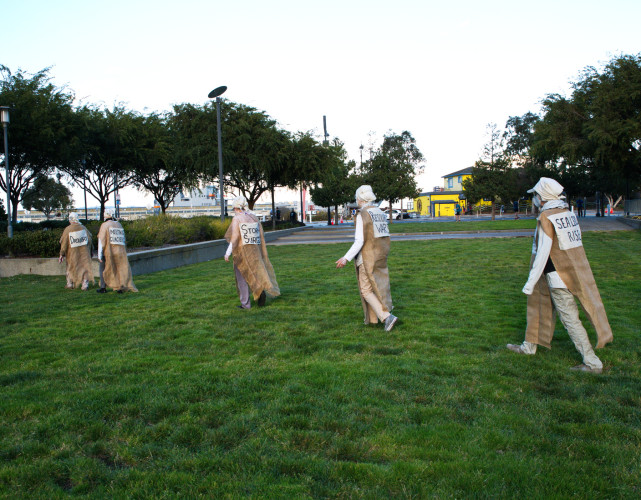 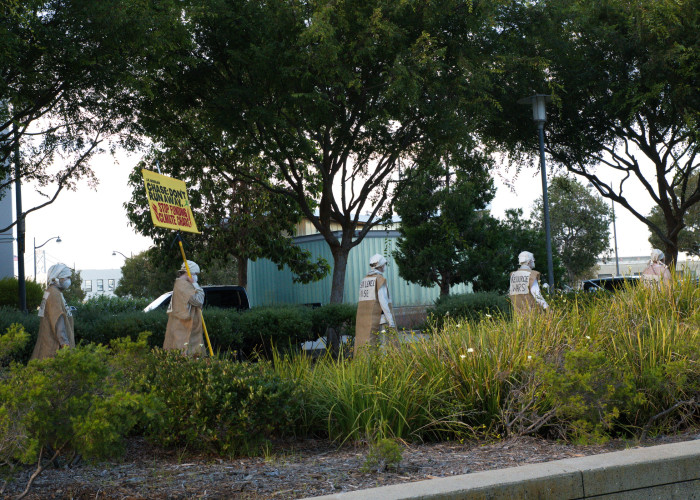 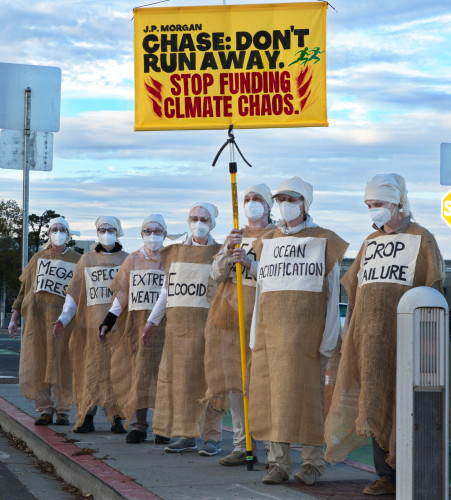 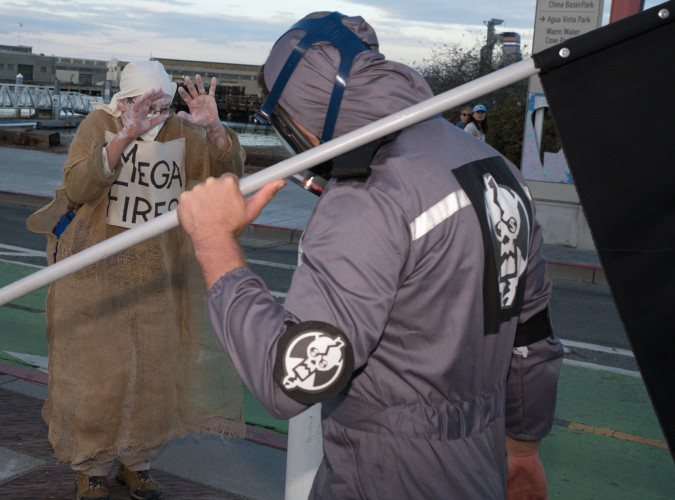 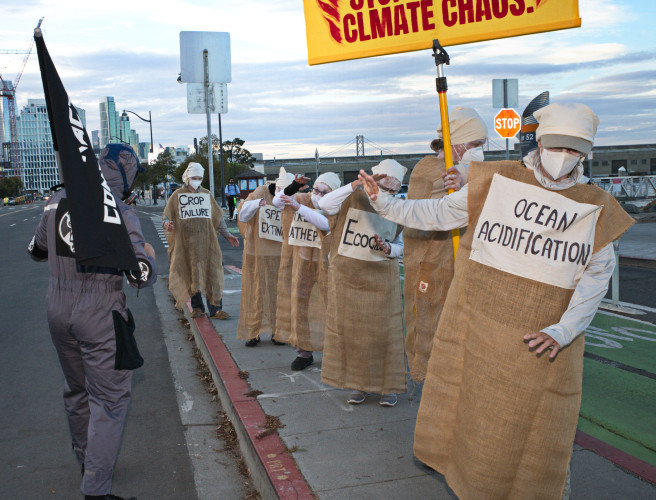 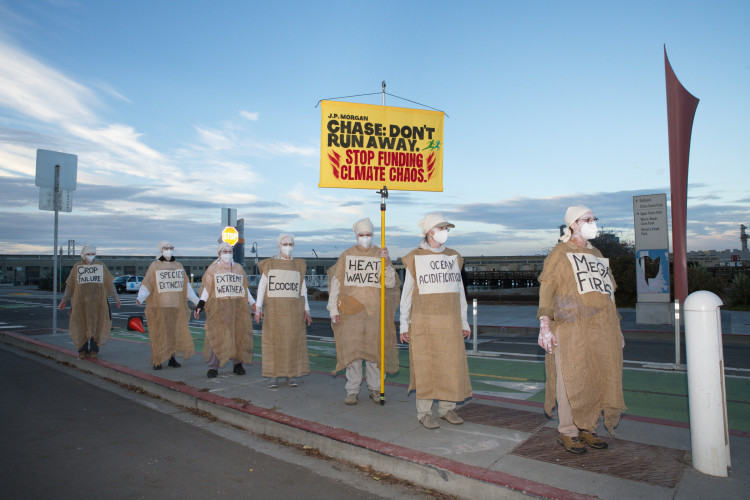 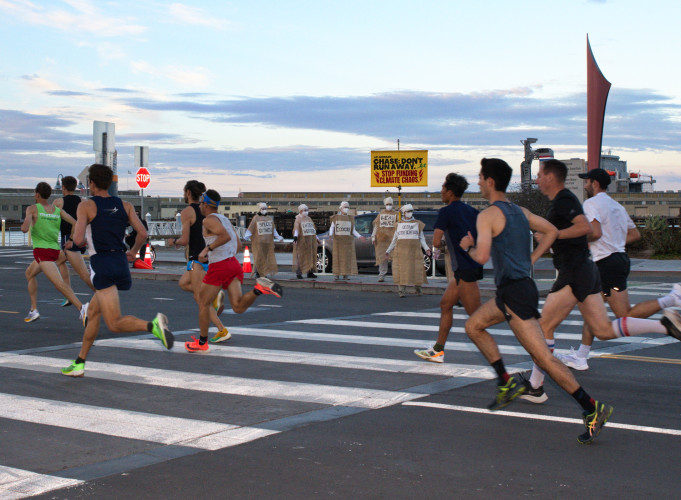 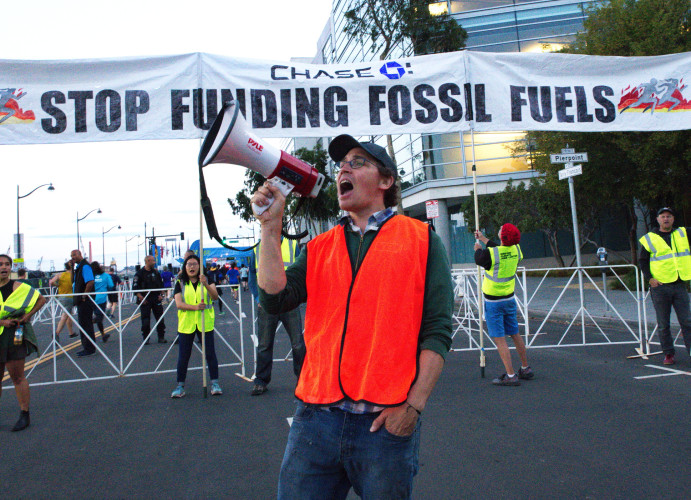 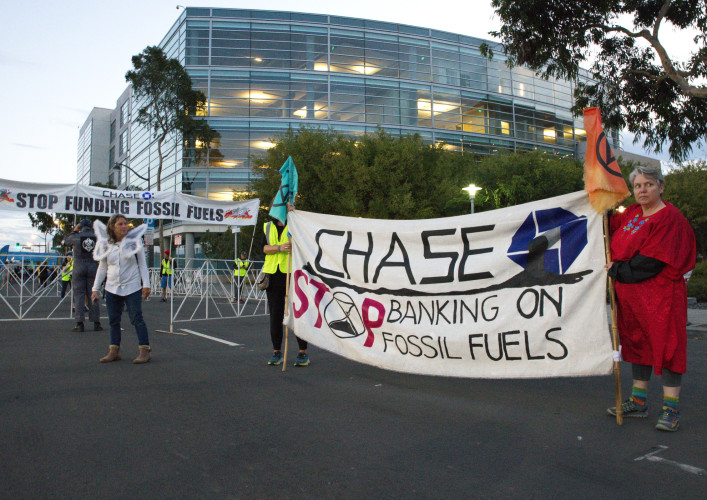 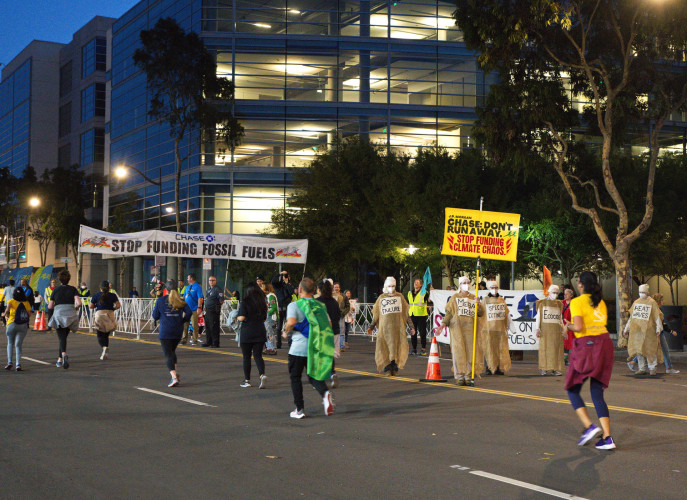 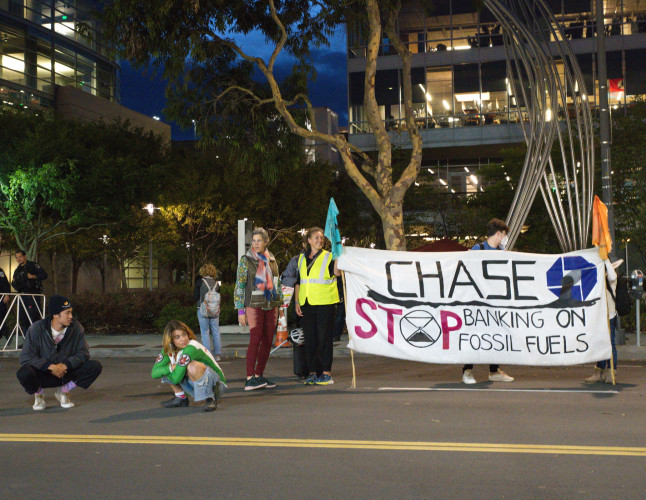 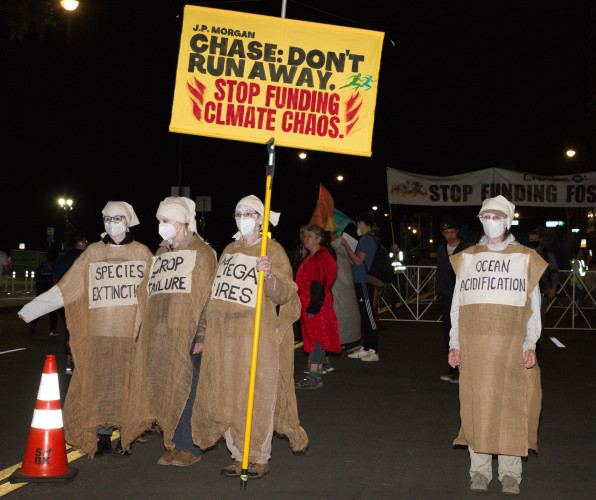 original image (2121x1400)
Add Your Comments
Support Independent Media
We are 100% volunteer and depend on your participation to sustain our efforts!