Add an Event
Newswire
Calendar
Features
Home
Donate
From the Open-Publishing Calendar
From the Open-Publishing Newswire
Indybay Feature
Related Categories: U.S. | Environment & Forest Defense
Beyond Oil & Gas Alliance urged to deliver on real climate leadership during Climate Week
by Ramon du Houx
Wednesday Sep 21st, 2022 10:52 AM
During Climate Week NYC, after a high level event organized by the Beyond Oil and Gas Alliance on the margins of the UN General Assembly in New York, civil society organizations launch a position paper urging the coalition and its members to deliver on  commitments to promote a global phase out of oil and gas production, and turn aspirations into bold and ambitious climate action in line with equity, justice, and science. While CA had major laws passed this session, worldwide BOGA should do more to make the change we need to save the planet. 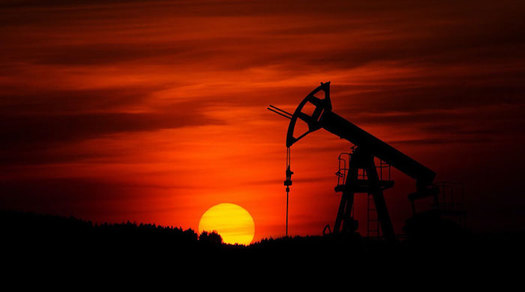 Oil rig in CA. Pollution caused by fossil fuels accounts for 34,000 premature deaths in CA, and close to 8 million worldwide.

During Climate Week NYC, after a high level event organized by the Beyond Oil and Gas Alliance on the margins of the UN General Assembly in New York, civil society organizations launch a position paper urging the coalition and its members to deliver on  commitments to promote a global phase out of oil and gas production, and turn aspirations into bold and ambitious climate action in line with equity, justice, and science.

Climate Week NYC is an event that has taken place every year in New York City since 2009. The summit takes place alongside the UN General Assembly and brings together international leaders from business, government and civil society to showcase global climate action.

The Beyond Oil and Gas Alliance, one of the most significant and celebrated commitments made at COP26 in November 2021, marked the first time governments formed a diplomatic alliance explicitly aimed at keeping oil and gas in the ground. It demonstrated a growing recognition among national and subnational governments that policies to phase out the production of all fossil fuels are essential to meeting the objectives of the Paris Agreement.

“The Beyond Oil and Gas Alliance is a crucial coalition of governments to ensure fossil fuels are kept in the ground. In California, Gov. Newsom and the legislature have shown incredible leadership to begin phasing out oil and gas production statewide by ending neighborhood drilling. Yet, there is still a lot to do. Communities living near refineries will see no relief from these new laws. BOGA unites governments to protect our people and planet from the destructive fossil fuel industry," said Dominic Frongillo, Executive Director and Co-Founder of Elected Officials to Protect America (EOPA), former Councilmember and Deputy Supervisor Caroline, New York. "Yesterday, António Guterres at the UN General Assembly told all developed economies to tax the windfall profits of fossil fuel companies, and to redistribute the funds to countries hit hardest by the damage they have caused to the climate. BOGA can play a key role in creating diplomatic space to take actions like this, which Elected Officials to Protect America believes in."

Yet since its launch, BOGA has been missing from the public conversation about energy transition, despite mounting climate impacts and an unprecedented energy upheaval caused by Putin’s war. While continues to speak out about the urgency of addressing the global climate emergency BOGA has not garnered headlines, which are critical to bring awareness and action to help the climate crisis..

“The Beyond Oil and Gas Alliance has a choice: drive urgently needed action to phase out fossil fuels or become irrelevant or worse a greenwashing exercise. For BOGA to deliver on its potential, it will need to actively drive stronger commitments from its members, convince a growing number of countries and jurisdictions to end oil and gas exploration and deliver concrete support to Global South countries in getting out of the fossil fuel trap," said Romain Ioualalen, Global Policy Manager at Oil Change International. "At a time of a global fossil fuel renaissance, we more than ever need BOGA and its members to stand their ground and to articulate in clear terms that more fossil fuels is not the solution to a fossil fueled economic, social and climate crisis.”

“BOGA has a big role to play in redefining climate leadership from setting targets to making tangible progress on delivering commitments. 1.5°C will remain out of reach until countries get serious about phasing-out fossil fuel production and phasing in efficient, renewable energy that’s affordable for people. Changing the game means being a player, and we’ve missed BOGA on the field this year. We are eager to see this Alliance emerge as the strong player we know it can be. As BOGA establishes its Secretariat, we put these recommendations forward with our common goals in mind," said  Catherine Abreu, Founder & Executive Director at Destination Zero.

https://protectearth.news/beyond-oil-and-g...
Add Your Comments
Support Independent Media
We are 100% volunteer and depend on your participation to sustain our efforts!