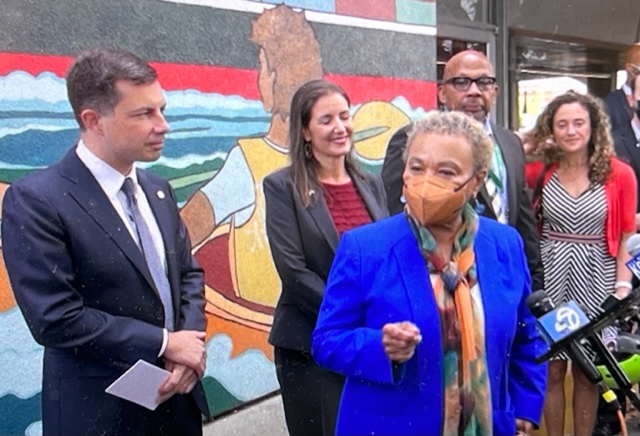 East Bay Congresswoman Barbara Lee, Oakland Mayor Libby Schaff and US Transportation Secretary Pete Buttigieg went to Jack London Square in Oakland on September 9, 2022 to discuss grants but they were hit with questions about Federal State and Local funding for the billionaire GAP & A’s owner John Fisher who is scheduled to get $850 million in public funding for his private stadium and land development.

Buttigieg and Barbara Lee refused to say what their position was on John Fisher's proposed West Oakland new A's stadium and 3,000 luxury codos. He also refused to say where he stood on the threat to the working port of Oakland if a stadium was built on Howard Terminal which is next to a turning point for ships in the port. 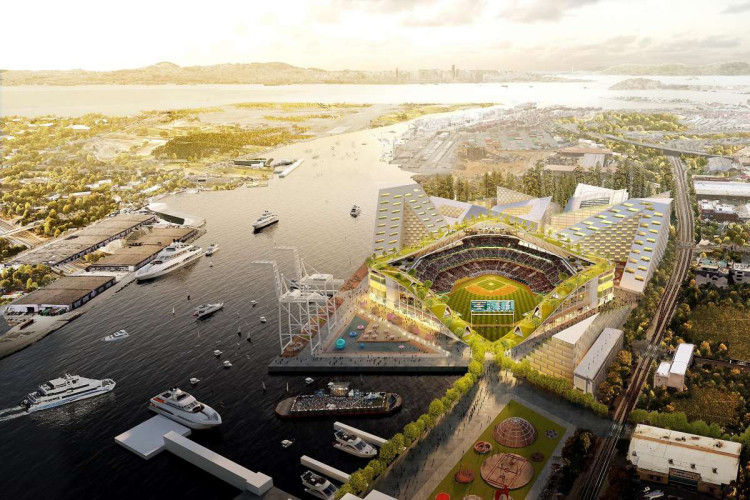 original image (1200x800)
The major billion dollar development project of the GAP A's billionaire owner John Fisher is being pushed by local, state and national politicians. East Bay Congresswoman Barbara Lee and Biden's US Secretary of Transportation "Pete" Buttigieg are refusing to take a stand on this and instead are allowing Fisher to get hundreds of millions of tax dollars for this billionaire's development scheme which according to maritime unions would destroy the Port of Oakland as a working port.
https://youtu.be/udd0e0Pswgk
Add Your Comments
Support Independent Media
We are 100% volunteer and depend on your participation to sustain our efforts!