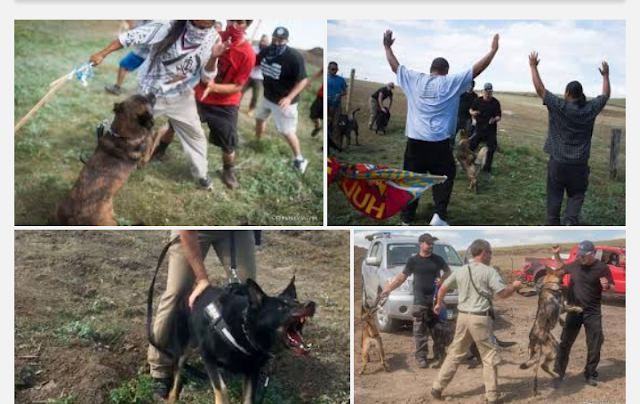 "Indigenous-led protest is among the most successful drivers of ambitious climate action that exist," states the new report, "Critical Infrastructure Laws: A Threat to Protests and the Planet," by Climate Cabinet.

The report begins with a potent recounting of the attack with dogs on Standing Rock Water Protectors in North Dakota, who were defending the Missouri River from the Dakota Access Pipeline.

"On a chilly fall day, police and private security released attack dogs and water cannons on a group of protesters. The year was 2016, not 1963."arized police at Standing Rock 2016

After the resistance in Standing Rock was shut down -- by militarized police firing tear gas, rubber bullets, and projectiles resulting in critical injuries, and heavily armed police swarmed the Water Protector camps in February of 2017 -- three state legislatures introduced bills to silence future protests at pipelines and other oil and gas facilities.

The bills failed in two states, Georgia and Colorado, but passed in a third state: Oklahoma.

Oklahoma Representative Scott Biggs made sure the anti-protest bill prevented people from protesting pipelines in Oklahoma.

Rep. Biggs made it clear that he didn't want another Standing Rock in Oklahoma. However, he neglects to mention who caused the violence at Standing Rock.

The Oklahoma-ALEC model provides two strategies to deter people from demonstrating near fossil fuel assets: Oversized penalties for individuals and fines and lawsuits for organizations.

After Standing Rock, ALEC used the protection of critical infrastructure to silence and threaten protesters with prison time.

Within a year, a group of conservative legislators known as the American Legislative Exchange Council (ALEC) had turned Oklahoma’s twin anti-protest bills (HB 1123 and HB 2128) into a unified model bill for other states to copy.

Since 2017, similar pipeline protest bills have been introduced in a total of 24 states.

Pointing out the benefit to humanity, the new report says, "Indigenous activists have put their bodies on the line to protect their rights to clean water and self-determination. These protests are making an impact – on specific projects like Keystone XL and DAPL, and the struggle for climate action overall."

Censored News begins its 17th year. It has no ads, grants, salaries, revenues or paywalls. Focused on Indigenous Peoples and Human Rights, it has had 22 million page views. 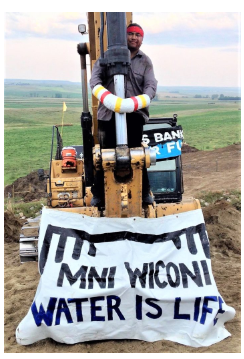 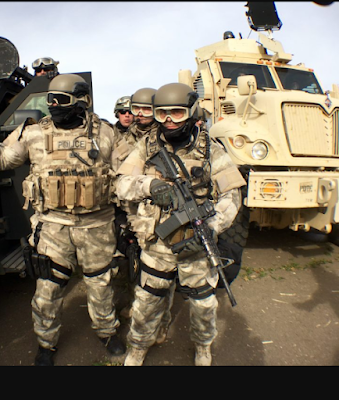 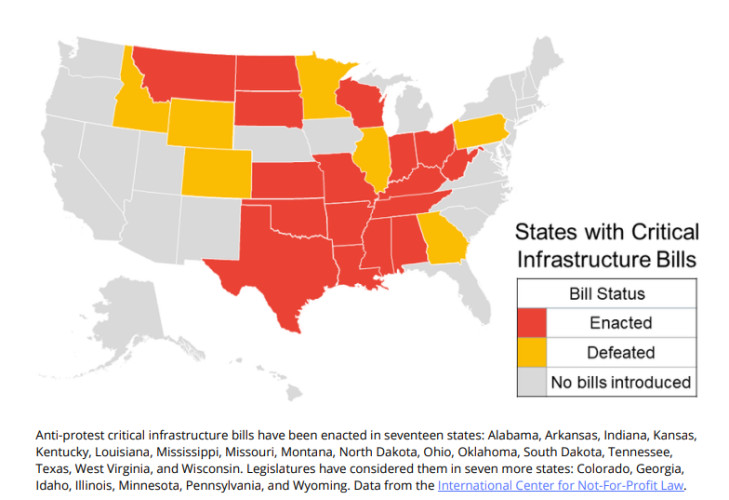 original image (784x537)
The Dirty Seventeen
https://bsnorrell.blogspot.com/2022/09/sta...
Add Your Comments
Support Independent Media
We are 100% volunteer and depend on your participation to sustain our efforts!