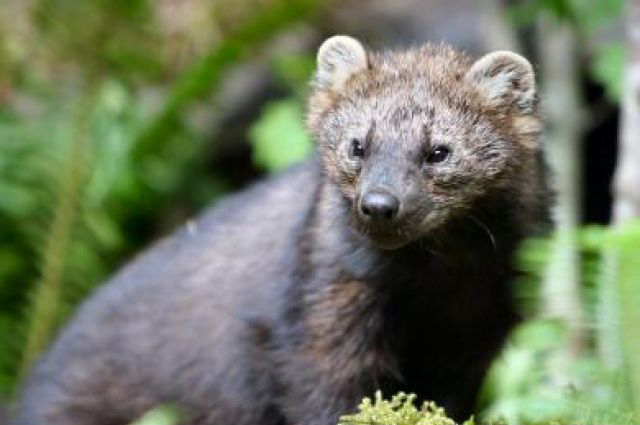 PORTLAND, Ore., September 13, 2022 — The Center for Biological Diversity and allies sued the U.S. Fish and Wildlife Service today for denying endangered species protection to West Coast fishers. Fishers are relatives of mink, otters and wolverines and live in old-growth forests.

The Service had previously determined that fishers warranted protection across the West Coast, but in 2020 reversed course and only protected them in the southern Sierra Nevada.

Fur trapping took a toll on fisher populations but was largely banned by the 1950s. Extensive logging of the majority of forests along the West Coast has kept the animals from recovering. Now climate change and rodenticides used by marijuana growers leave them even more imperiled.

“I’m deeply concerned about the survival of the mysterious fisher and the old-growth forests it calls home,” said Noah Greenwald, endangered species director at the Center. “These tenacious animals can eat porcupines, but they can’t survive the damage we’re doing to their forests. Fishers needed Endangered Species Act protection 20 years ago, and they need it even more today.”

The Center and its allies first petitioned the Service to grant West Coast fishers endangered species protection in 2000, leading to a 2004 determination by the agency that the fisher should be listed as threatened throughout its West Coast range. Rather than provide this protection the Service delayed, arguing there was a lack of resources. The agency reaffirmed the fisher’s imperilment in annual reviews through 2016, when it abruptly reversed course and denied protection. After the groups successfully challenged that decision, it granted protections to fishers in the southern Sierra Nevada but nowhere else.

“The Fish and Wildlife Service has a legal obligation to list species at threat of extinction but politics too often intervenes,” said Tom Wheeler, executive director at the Environmental Protection Information Center. “For twenty years, the Service has employed every trick to avoid listing the fisher. Today we are in court because enough is enough.”

Fishers once roamed forests from British Columbia to Southern California but now are limited to two native populations in the southern Sierra Nevada mountains, plus another in Northern California and southwestern Oregon. There are also small, reintroduced populations in the central Sierra Nevada, in the southern Oregon Cascades, and in the Olympic Peninsula, Mt. Rainier and the North Cascades in Washington state. The Northern California-southwestern Oregon population is the largest remaining one, but is severely threatened by habitat loss and fragmentation caused by logging and high-severity fire.

Klamath-Siskiyou Wildlands Center and the Environmental Protection Information Center joined the Center on the lawsuit. 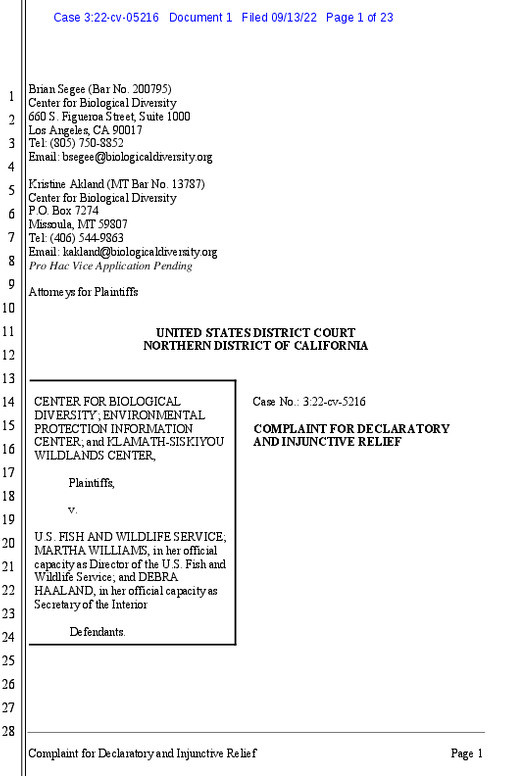 Download PDF (396.0KB)
https://biologicaldiversity.org/
Add Your Comments
Support Independent Media
We are 100% volunteer and depend on your participation to sustain our efforts!