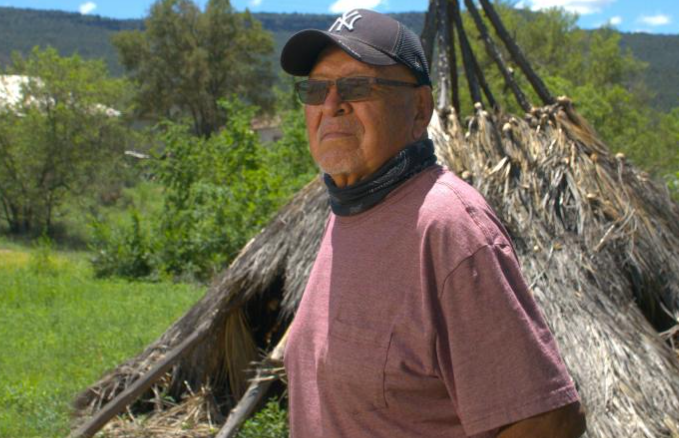 Biden's Justice Department is opposing this friend of the court brief.

It is wrong "to destroy sacred land that made us who we are," states Riley, in the court filing. He is White Mountain's cultural resource director and representative for the Native American Graves Protection and Repatriation Act.

Riley has spent two decades defending Oak Flat and joins the MICA Group, Multicultural Initiative for Cultural Advancement, and International Council of Thirteen Indigenous Grandmothers, as friends of the court.

The amicus brief, friend of the court document, supports the Apache Stronghold case now before the Ninth Circuit Court of Appeals in San Francisco. The full federal court is now reconsidering the decision made by the court's panel of judges.

The friend of the court brief states that the court must uphold the Religious Freedom Restoration Act, which prohibits the United States government from substantially burdening a person's exercise of religious freedom.

In the filing in the Ninth Circuit Court of Appeals, the friends of Apache Stronghold state that "fencing off Oak Flat and threatening trespass sanctions would constitute" a substantial burden to Apaches.

Apache Stronghold said it will pursue justice all the way to the U.S. Supreme Court to protect sacred Oak Flat from the planned copper mine of the Australian company, Resolution Copper. The copper mine would desecrate the sacred ceremonial place Oak Flat and devastate the area's land, water and air in east central Arizona.