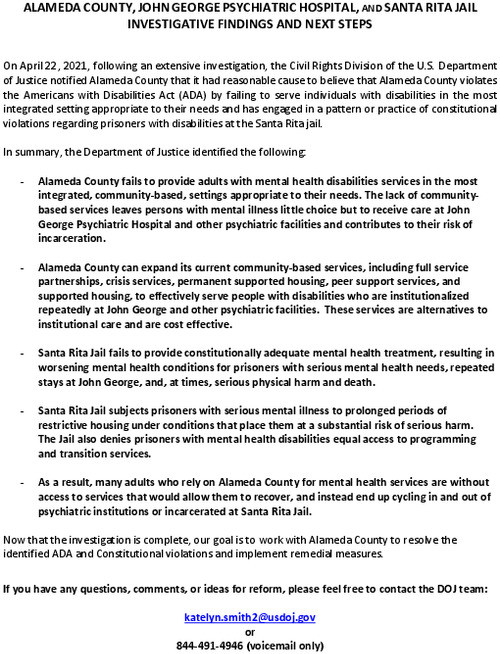 Oakland - Welcome to the Twilight Zone? Breaking bad on policy he advanced earlier this year, California Governor Gavin (Gruesom) Newsom signed a bill Wednesday to create extremist courts attacking the unhoused to address mental health and homelessness issues with SB 1388 dubbed the Care Court, by forcing unhoused people accused of having schizophrenia or other illnesses to submit to so-called medical treatment.

Reportedly, Oakland’s homeless population grew by around 1,000 people since the pandemic began, placing around 5,055 people without permanent housing.

Additionally, reportedly, “As of January 2020, California had an estimated 161,548 experiencing homelessness on any given day, as reported by Continuums of Care to the U.S. Department of Housing and Urban Development (HUD). Of that Total, 8,030 were family households, 11,401 were Veterans, 12,172 were unaccompanied young adults (aged 18-24), and 51,785 were individuals experiencing chronic homelessness.”

In a release from the ACLU, they state “Why We Vehemently Oppose the Governor’s “CARE Court” Proposal — And So Should You.”

In part the Aclu release states, “All Californians deserve permanent, affordable housing, and healthcare that meet their needs and allow our communities to flourish. Nobody should be forced to languish, deteriorate, and die on our streets.

Unfortunately, instead of focusing on proven methods that prioritize permanent housing and voluntary healthcare, Governor Gavin Newsom’s so-called “CARE Court” plan would create a new court system that subjects unhoused people with mental health disabilities to involuntary treatment. This is not the answer. California desperately needs more housing and healthcare — not more courts.”

In a release from Human Rights Watch, it part it states, “Human Rights Watch has carefully reviewed SB 1338 and the proposed framework for the Community Assistance, Recovery and Empowerment (CARE) Court created by CalHHS, and must respectfully voice our strong opposition. CARE Court promotes a system of involuntary, coerced treatment, enforced by an expanded judicial infrastructure, that will, in practice, simply remove unhoused people with perceived mental health conditions from the public eye without effectively addressing those mental health conditions and without meeting the urgent need for housing. We urge you to reject this bill and instead to take a more holistic, rights-respecting approach to address the lack of resources for autonomy-affirming treatment options and affordable housing.

Additionally, “The CARE Court directly targets unhoused people to be placed under court-ordered treatment, thus denying their rights and self-determination. Governor Newsom, in pitching this plan, called it a response to seeing homeless encampments throughout the state of California. CARE Court will empower police and homeless outreach workers to refer people to the courts and allow judges to order them into treatment against their will, including medication plans. Despite allusions to “housing plans,” CARE Court does not increase access to permanent supportive housing and indeed, the bill prohibits the court from requiring the county to provide actual housing.”

What Kind Of Treatment Will The Coerced Unhoused People Be Facing?

What kind of treatment will the coerced unhoused population be facing? That appears uncertain at the moment, but reportedly, “Electroconvulsive therapy (ECT) is an effective treatment for depression and other psychiatric conditions. There is little comprehensive data on how many patients receive ECT in the United States, nor about the demographics of ECT recipients. This study characterizes the demographics of those receiving ECT, and how these demographics may have changed with time.”

How about a lobotomy? According to Britannica, “Today lobotomy is rarely performed; however, shock therapy and psychosurgery (the surgical removal of specific regions of the brain) occasionally are used to treat patients whose symptoms have resisted all other treatments.”

At the local looney bin called John George Psychiatric Hospital, in the main room after people have been checked into the facility, when it’s time to hand out a meal, or when it’s time to hand out some snacks, it becomes like Lord of the Flies, where the strongest and most aggressive are the first ones to grab the food, or the snacks. As for the weakest and timid, they may at times find that there is not any food, or candy bars leftover for them to eat, and they may be SOL until the next round of food or snacks occur.

People have to wait in line to use a filthy bathroom there. Only the lucky ones get to sleep in a room at night all by themselves, and they may be awakened when a guard makes the rounds to check up on them with a flashlight, before they are discharged back to the streets the following day.

Click here for a 2016 report about conditions at the local looney bin called, “John George Psychiatric Hospital,” in San Leandro, or click here for a different report.

According to the Department of Justice, in an April 2021 release it partially states, “However, on any given day in Alameda County, hundreds of people are institutionalized for lengthy stays at one of several large, locked psychiatric facilities in the county or are hospitalized at John George Psychiatric Hospital, while others are at serious risk of admission to these psychiatric institutions because of the lack of community-based services.”