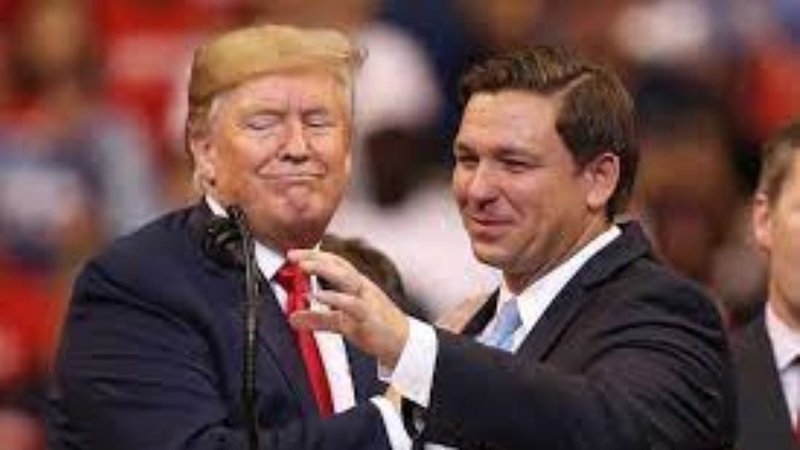 Kunasek committed suicide via a gunshot wound to the head 30 days after his forgeries and DeSantis’ cover-up of the forgery of several court orders was filed in blistering detail in federal court (the “Don’t Say Gay” lawsuit) and a day after the FBI requested an interview with Kunasek concerning his crimes.  Crimes that DeSantis zealously covered up in the Florida State Courts in 2021-2022.

In Equality Florida v. DeSantis (U.S.D.C. ND Florida,4:22-cv-00134-AW-MJF) (the “Don’t Say Gay” lawsuit) sworn court filings stand unopposed by DeSantis and Florida Attorney General Ashley Moody detailing Kunasek’s forgery of a show cause order under the direction of State’s Attorney Amira Fox.  Two judicial recusal orders are also on the record as forgeries, however, it is not clear if Kunasek or courthouse staff forged the 2 disqualification orders.

DeSantis and Florida Attorney General Ashley Moody took the opportunity to engage in a cover-up of the forgeries in the Florida 11thJudicial Circuit (Miami) and the Florida 3rd District Court of Appeal (Miami) in 2021-2022 attempting to see to it that the crimes never saw the light of day. The Florida State Republican appointed judiciary cooperated leading to the matter being proffered in the federal courts in the Don’t Say Gay lawsuit.

Once in the federal court, Trump appointee and federalist society member Judge Allen Winsor quickly sua sponte dismissed the charges against DeSantis despite no party had filed any opposition to the DeSantis allegations.  In federal district court, both DeSantis and the Florida Attorney General chose to remain silent.

An appeal was filed objecting to the rulings of the Trump appointed federal judge in the lower federal court.  The appellate filings, under oath, re-assert the DeSantis cover-up, corruption and collusion with Florida AG, Ashley Moody, Esq..  The papers assert acts of moral turpitude by DeSantis and his attorney in violation of federal criminal statutes 18 U.SC. §§ 241, 242 (Conspiracy against rights, violation of rights under color of law) as well as the constitutional prohibitions that forbid the conduct of DeSantis and friends.

The appeal seeks to immediately enjoin future conduct of Governor DeSantis that would further his cover-up of crimes that he perpetrated in the Florida State courts.  His cover-up also caused continuing illegal First Amendment prohibitions and was a scheme intending to unjustly enrich the treasury of the State of Florida in 2021-2022.


On appeal, DeSantis and Attorney General Ashley Moody have remained silent and the deadline has long passed for them to oppose the injunction requested in the high Atlanta federal court concerning the corruption in the highest levels of the Florida State government.

One of the goals of the injunction under consideration by the federal appellate court is Florida’s threats to citizens that any communication with the entire State of Florida’s government is prohibited and will be punished with imprisonment via contempt. This speech prohibition is memorialized in an order from a State court that DeSantis has zealously supported and protected in the State courts. Filingquoting speech prohibition https://edca.2dca.org/DcaDocs/2019/1914/2019-1914_Notice_286221_DK15A202D20Notice20of20Filing.pdf


Once in the federal court system in Tallahassee and now Atlanta, DeSantis and his attorney have chosen to remain silent.
DeSantis’ ultimate goal related to this litigation is silencing of dissent – one of the early hallmarks of a police state.

Is the blood of prosecutor Anthony Kunasek, Esq. on the hands of the Florida Governor and Attorney General?

DeSantis didn’t plead the Fifth yet, perhaps next time he is in court over this issue, he will be pleading the Fifth and a federal prosecutor will be asking the questions.  DeSantis pales the offenses of Trump.  This Yale and Harvard law graduate knows the criminal nature of his conduct.

https://youtu.be/swweJjdwVeE
Add Your Comments
Support Independent Media
We are 100% volunteer and depend on your participation to sustain our efforts!