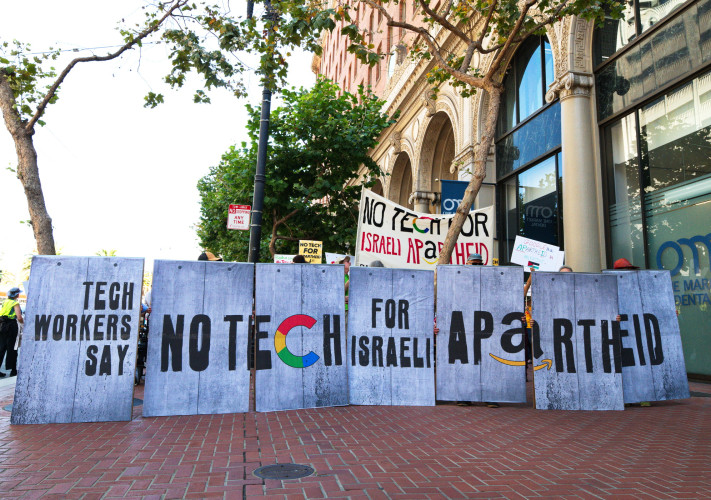 On the heels of Google worker Ariel Koren’s forced resignation, Amazon and Google tech workers led protests in front of their offices in San Francisco and cities throughout the country. They intensified the pressure to drop Amazon's and Google’s $1.2 billion cloud computing contract with the Israeli government and military.

After assembling at the Embarcadero, protesters marched to One Market Street and rallied at the main entrance. Speakers called out project "Nimbus" in particular which some said it made them feel as though they were working for the Israeli military in enforcing Israel's apartheid policy. They also called out the hypocrisy of Amazon's claim of “respect for human rights throughout our business” and Google statement that companies "can make money without doing evil."

Protesters then marched a few blocks down Market Street to amazon's offices where more speeches were given.

The protest are part of a national day of action organized by tech workers, civic organizations, and community members in a campaign called #NoTechforApartheid. These protests represent the rapidly growing movement of tech workers taking public action against these contracts. The Israeli government has been described as an apartheid regime by Human Rights Watch and Amnesty International, following decades of Palestinian resistance to Israeli ethnic cleansing. 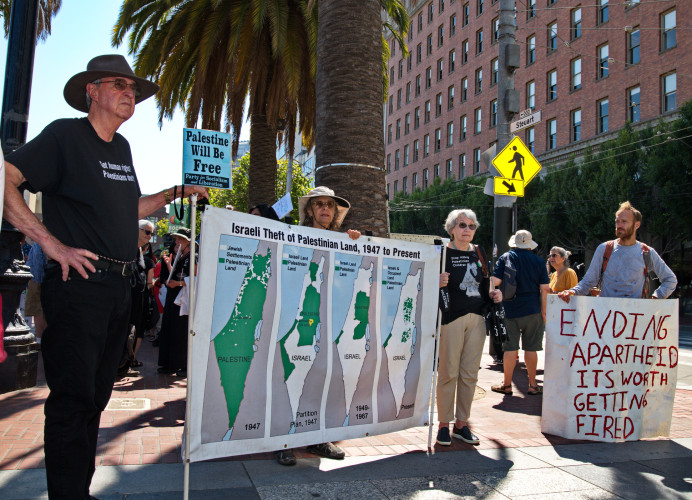 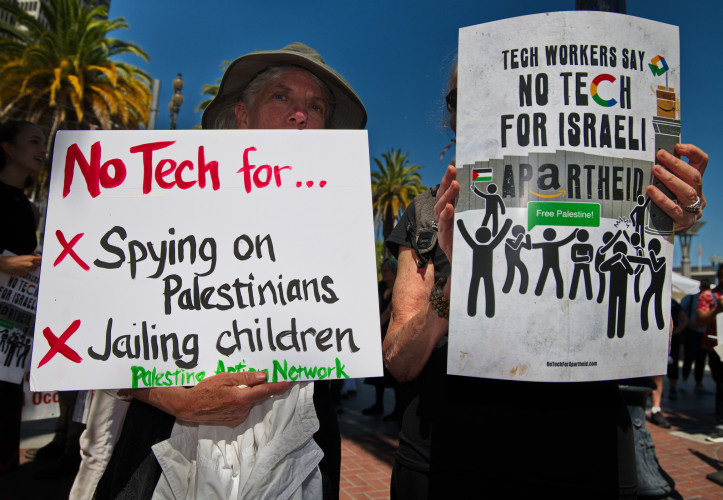 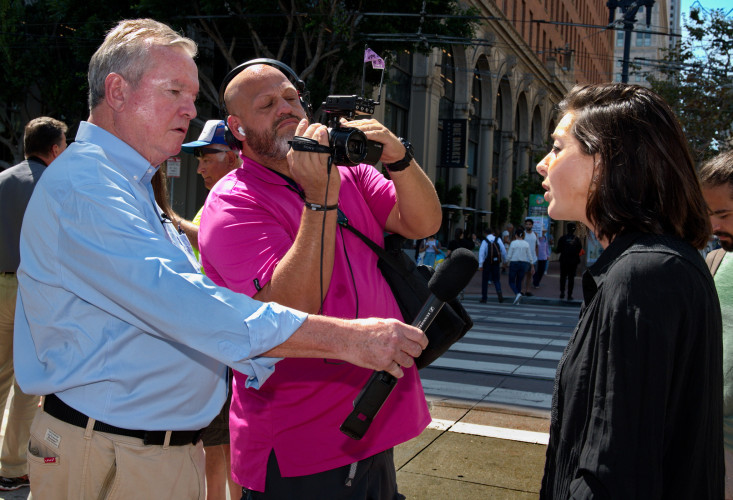 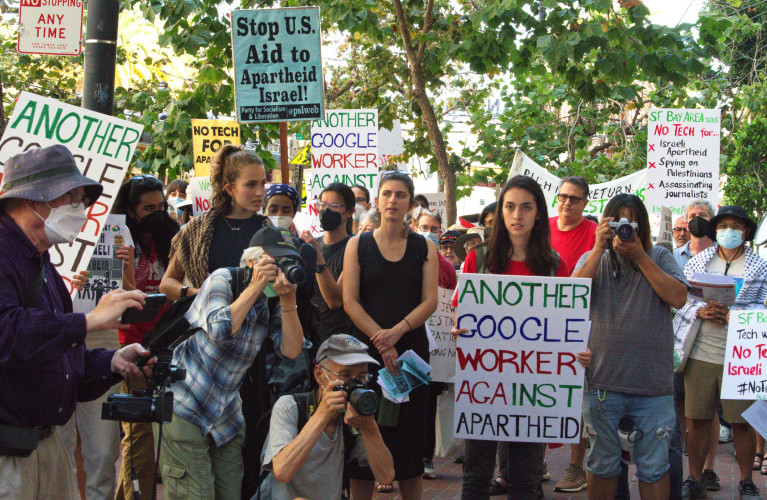 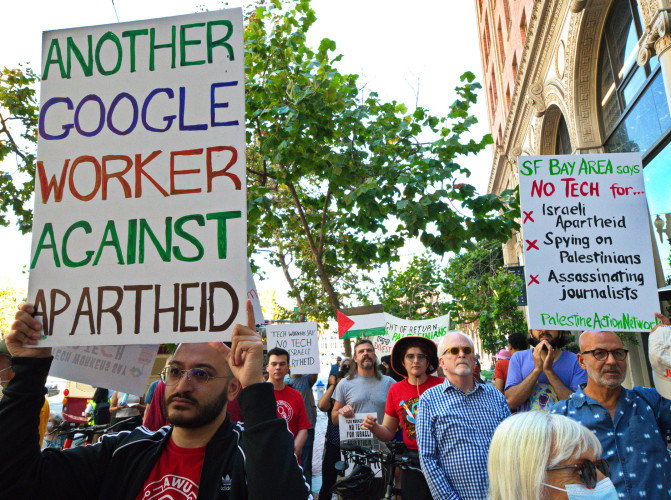 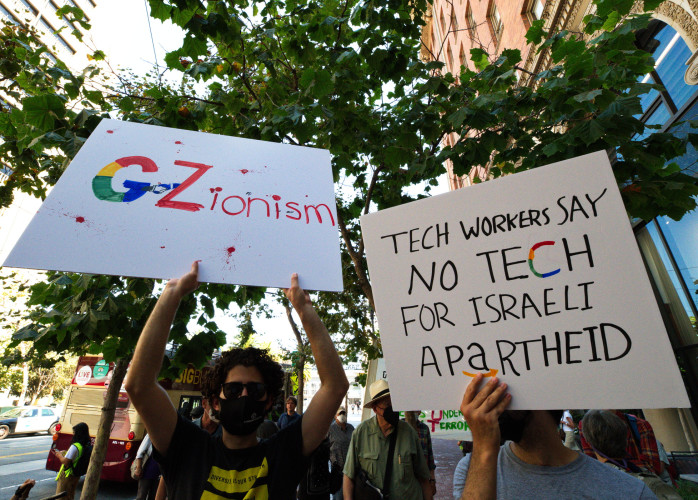 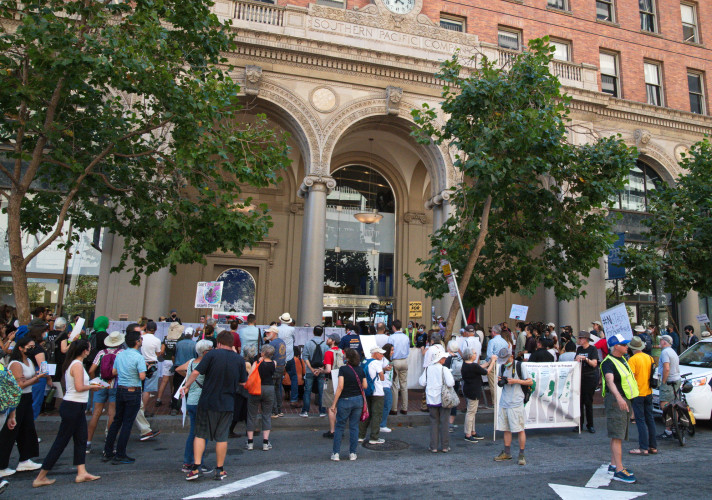 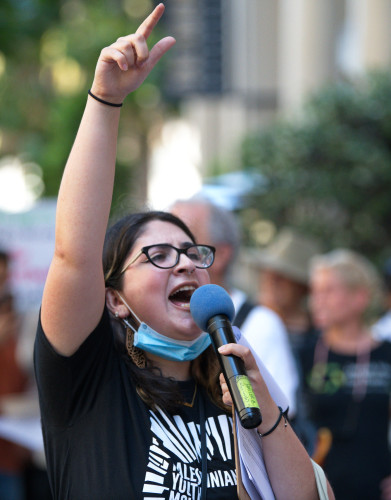 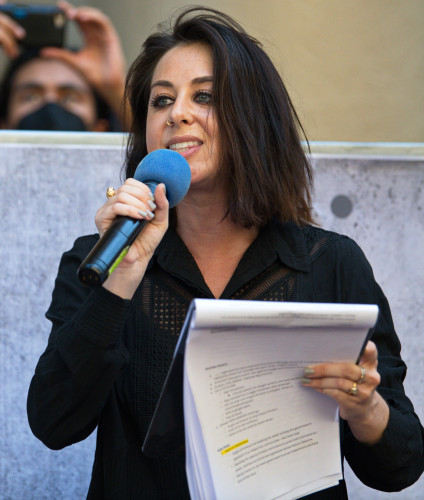 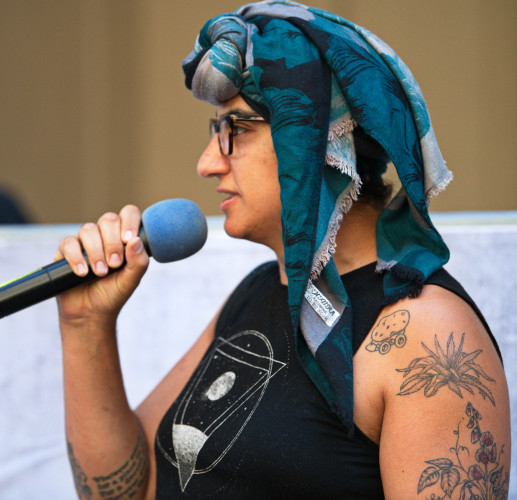 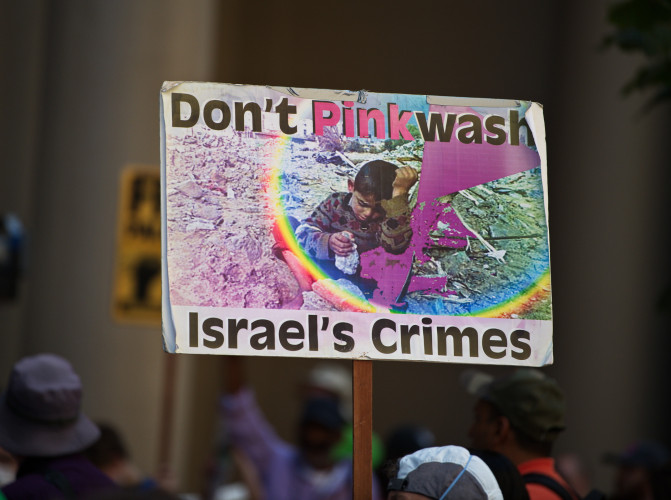 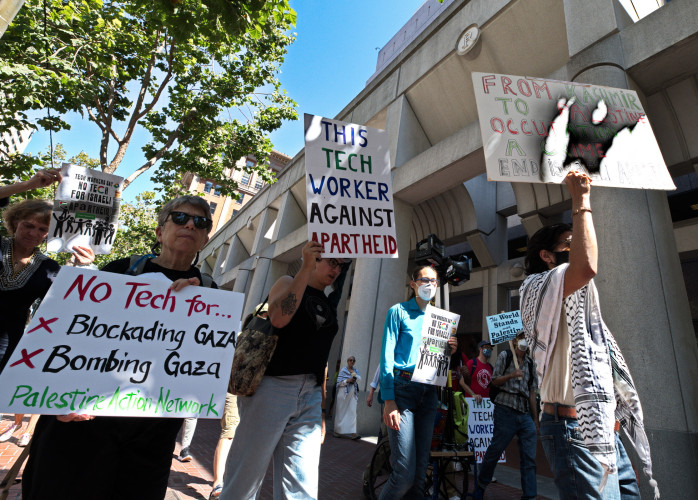 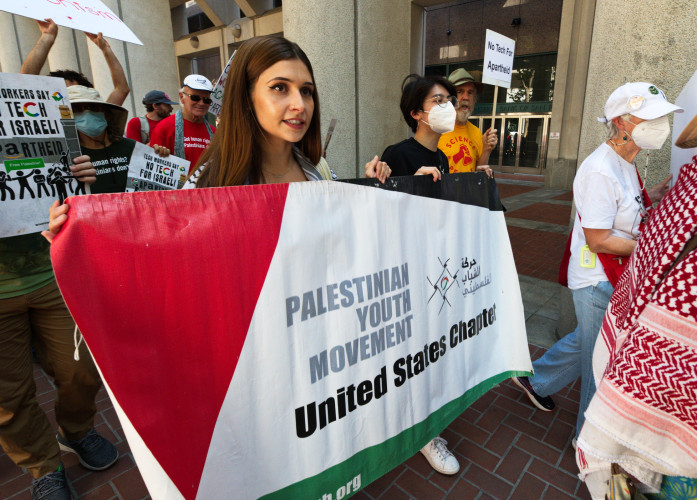 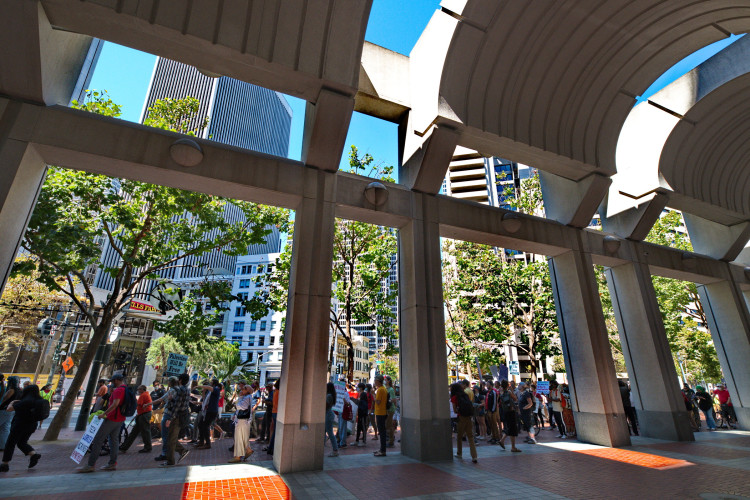 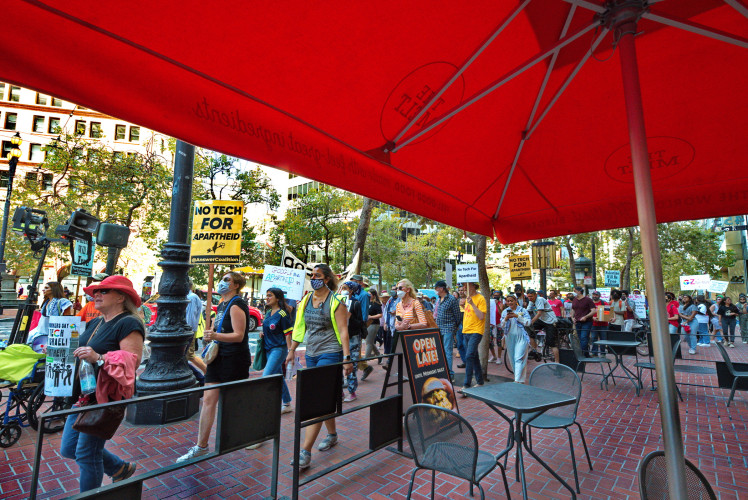 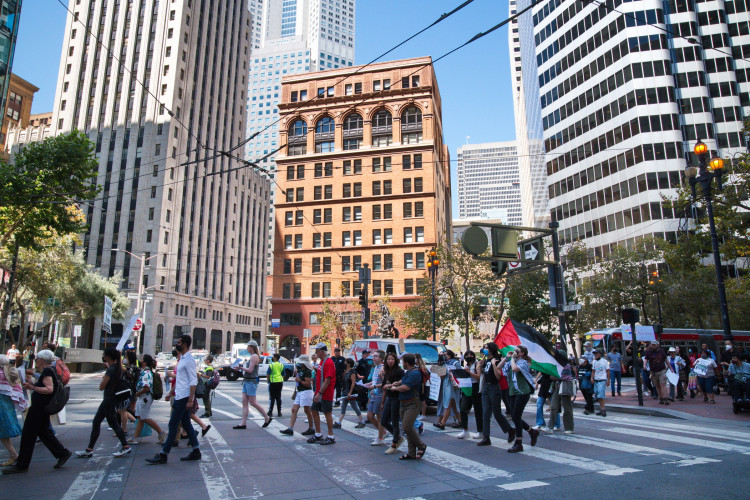 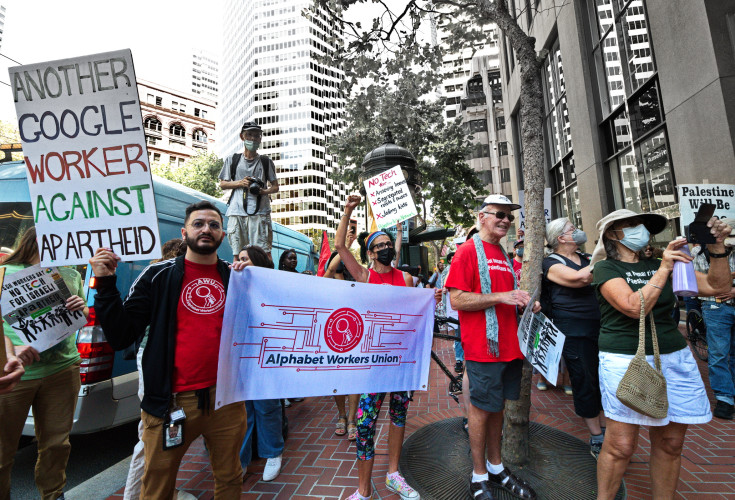 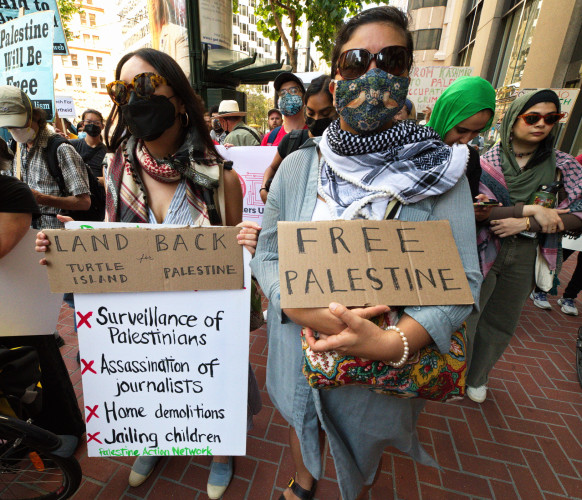 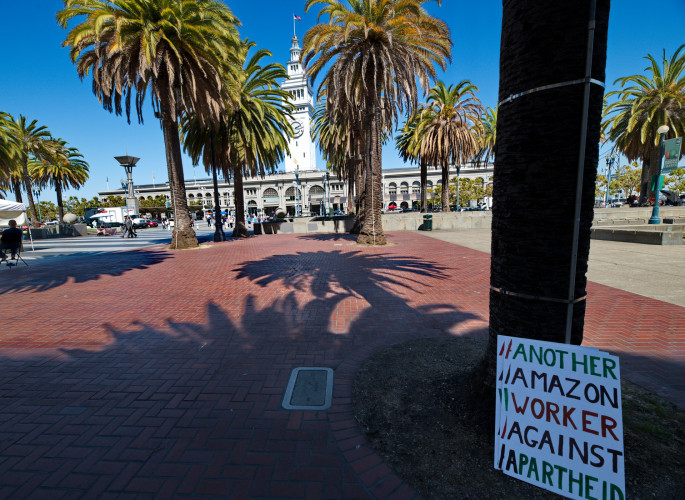 original image (1918x1400)
Add Your Comments
Support Independent Media
We are 100% volunteer and depend on your participation to sustain our efforts!