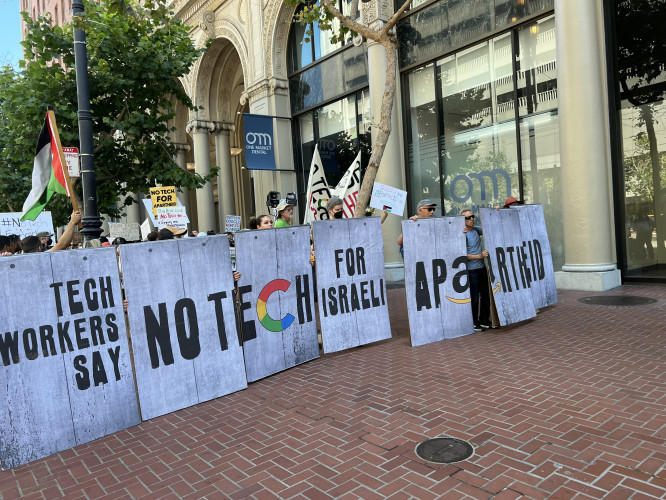 original image (4032x3024)
Google workers and tech workers as well as community members rallied in San Franciscoo at Google office and Amazon office to protest these companies helping the Israeli apartheid state with surveillance tech to spy and enforce their illegal rule. They called on Google to also cancel the Project Numbus contract.
The contract they reported will escalate the attack on Palestinian people. Former Google worker Ariel Koren spoke and talk about how Google t to retaliated against her for opposing Project Nimbus, a $1.2 billion artificial intelligence and computing services agreement between Google,
Amazon Web Services, and the Israeli government and military.
Google workers also protested the use of their technology to militarize the US Mexico border.
The CWA Alphabet Workers Union AWU also helped sponsor and organize the rally with marches to Google and Amazon. Tech workers talked about the Project Numbus and also why they are doing the AWU union to defend their rights on the job.
This action also took place in New York, Seattle, Atlanta and Silicon Valley Google headquarters.

Group of Google workers wants an end to contract with Israeli government
https://www.axios.com/local/san-francisco/2022/09/01/google-contract-project-nimbus

Google Cloud Will Be Used In Conjunction With Anduril Industries' Surveillance Tech On The U.S. Mexico Border
https://theintercept.com/2020/10/21/google-cbp-border-contract-anduril/?utm_medium=email&utm_source=The%20Intercept%20Newsletter

Google’s New Union Is a Historic Moment for Labor
https://www.leftvoice.org/googles-new-union-is-a-historic-moment-for-labor/ 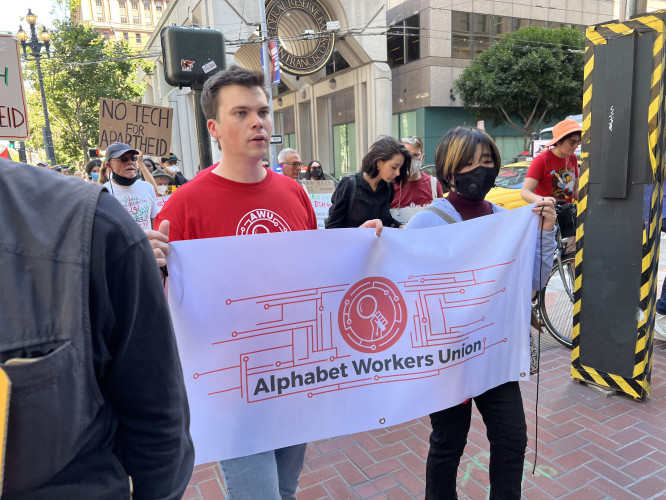 original image (4032x3024)
CWA Alphabet Workers Unioin supported the rally and spoke out about the use of technology by Google and Amazon to repress and spy on the Palestinian people.
https://youtu.be/GUg9UglBlzY
§Google Engineer Ariel Koren Spoke Out At Rally
by Labor Video Project
Thursday Sep 8th, 2022 10:02 PM 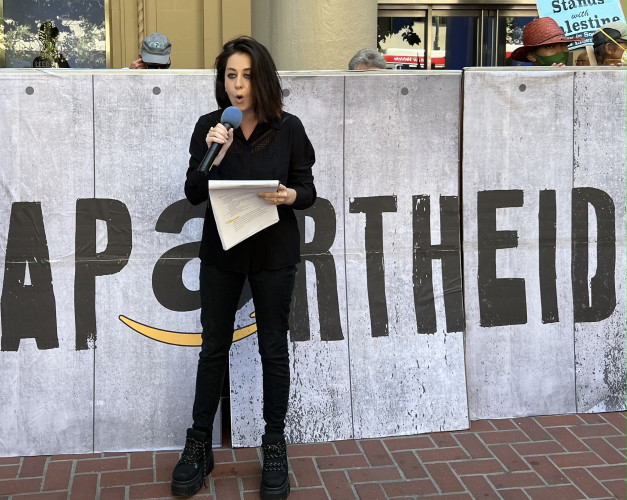 original image (2493x1986)
Google Engineer Ariel Koren Spoke Out At the rallies and also reported that she had been retaliated against by Google management after opposing the Project Nimbus.
https://youtu.be/GUg9UglBlzY
§End Apartheid, It's Worth Getting Fired
by Labor Video Project
Thursday Sep 8th, 2022 10:02 PM 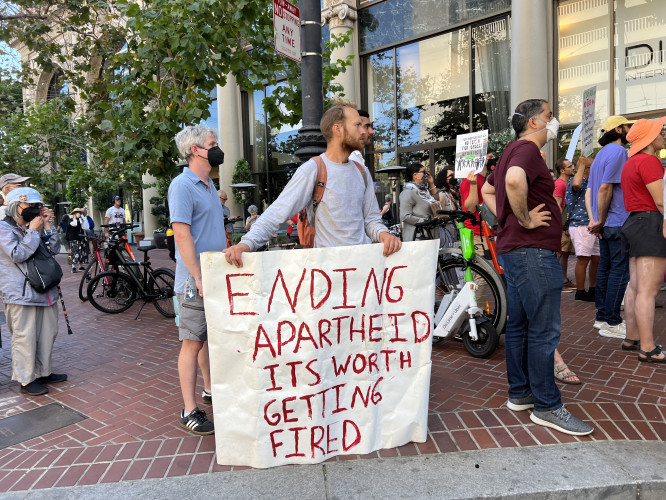 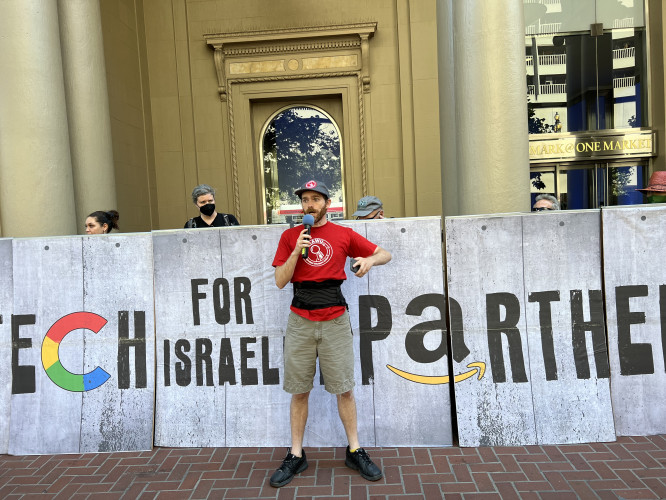 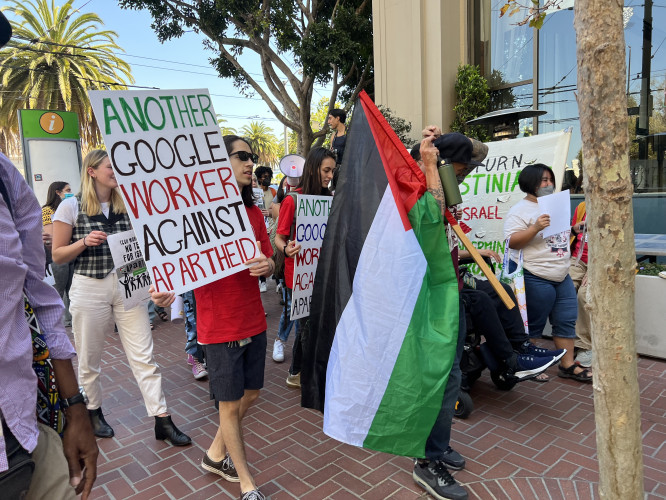 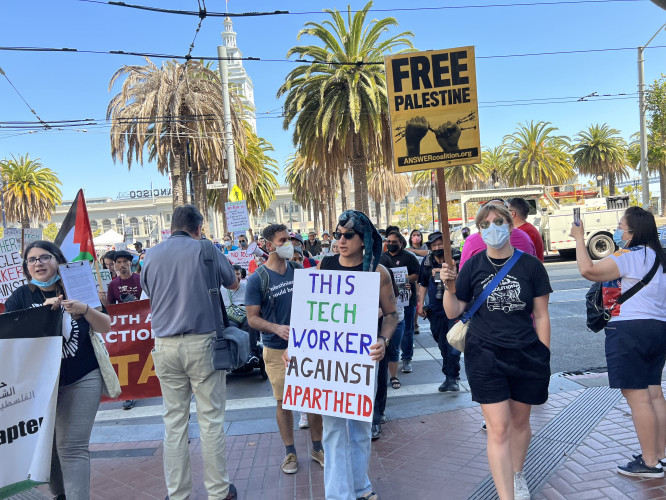 original image (4032x3024)
Tech workers joined in the rally in San Francisco.
https://youtu.be/GUg9UglBlzY
Add Your Comments
Support Independent Media
We are 100% volunteer and depend on your participation to sustain our efforts!