by In Modesto
Saturday August 27 was Straight Pride’s 4th annual appearance in the Central Valley town of Modesto, California. This far right group is on the Southern Poverty Law Center’s hate list. 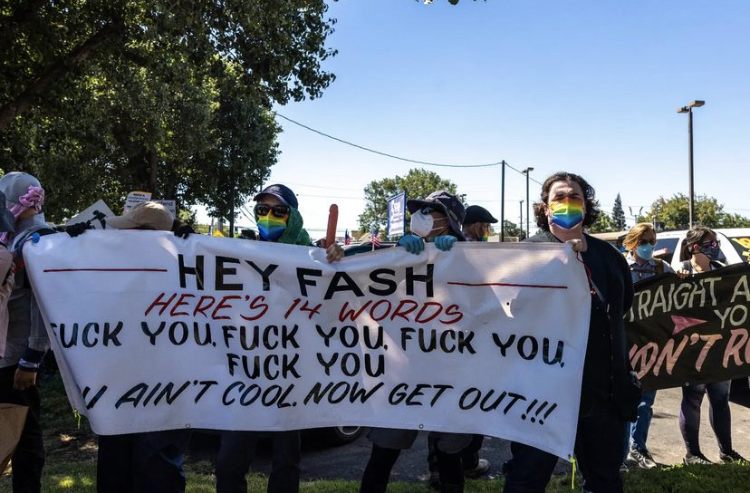 After announcing their rally location weeks ahead of time, about 30 alt-righters showed up at the Planned Parenthood on a main drag in the farming-economy based city about 70 miles from the state capitol of Sacramento.

Reproductive justice, LGBTQ rights supporters and other anti-fascists, numbering an estimated 200 people, beat them to the punch by arriving earlier than the announced time, overwhelming the small hate group when they showed up. Not only were they larger in number, activists for justice had huge banners and chanted loudly in facing off the fascist group.

After about 20 minutes, police declared the scene an “unlawful assembly” justifying this move by saying that a shrub was lit on fire and that fights had broken out. A demonstrator who was on the scene said that the fire was actually smoke bombs, without saying which side launched them.

Sporting body armor and tactical gear, police shut down traffic and moved in, eventually taking over the Planned Parenthood parking lot. The anti-fascists then moved to a nearby park for a rally. There, speakers including abortion rights activists, defenders of LGBTQ rights and members of socialist organizations gave testimony to the need to counter the alt-right including groups like Straight Pride. Nancy Kato of the Freedom Socialist Party outlined the broader goals of reproductive justice that include defense of queer/trans families, freedom from forced sterilization, universal healthcare, and the right to abortion free and on demand, amongst other demands.

After being forced to leave the Planned Parenthood, the fascists reportedly changed tactics and went to a second abortion clinic in Modesto in their effort to further terrorize people. 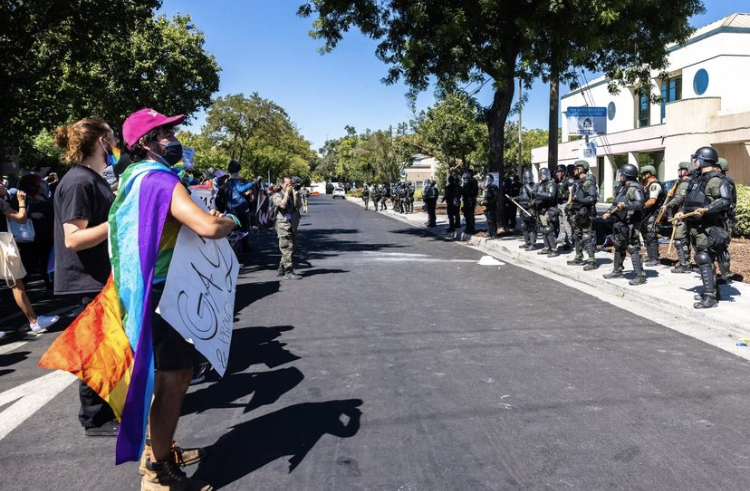