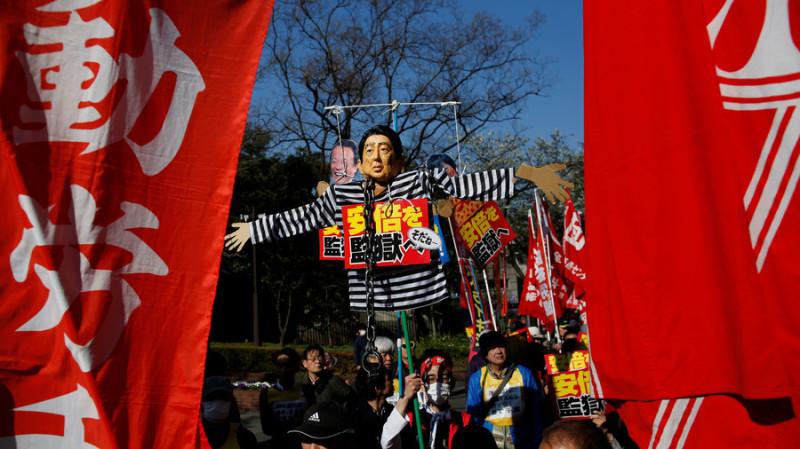 original image (900x506)
Japanese protested the Abe government over his support for militarization and covering up Fukushima.
http://www.ufclp.org
§Flyer For Rally
by No Honors For War Monger & Denialist Abe
Friday Sep 2nd, 2022 6:11 PM 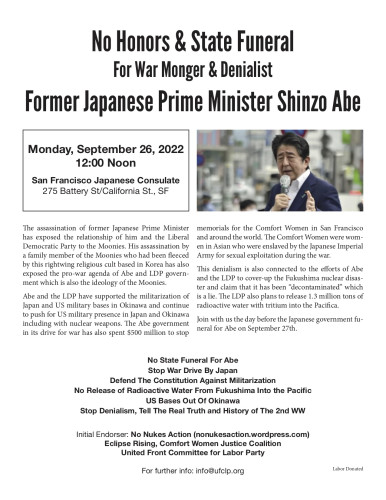 original image (1275x1650)
Flyer for Rally
http://www.ufclp.org
Add Your Comments
LATEST COMMENTS ABOUT THIS ARTICLE
Listed below are the latest comments about this post.
These comments are submitted anonymously by website visitors.