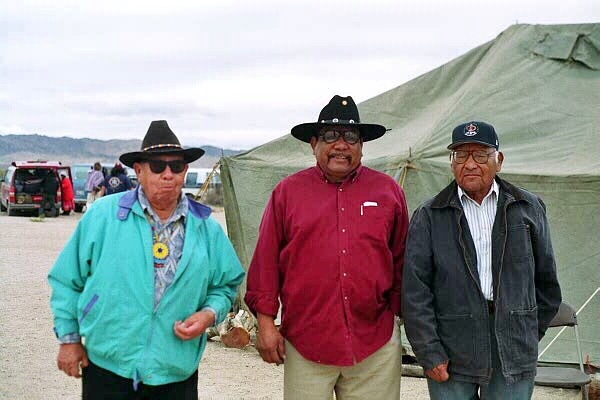 TUCSON, Arizona (2006) – “Trespassing,” censored in more film festivals worldwide than it has been shown, reveals how the Colorado River Indian Tribes, Mojave, Western Shoshone, Navajo and Pueblo were targeted by the nuclear industry.

The successful protest and occupation at Ward Valley in the Mojave desert, which included facing off with the Bureau of Land Management, spanned the years from 1995 to 1999. The long struggle resulted in victory.

The film documents the ongoing Western Shoshone protest of nuclear testing at the Nevada Test Site and the proposed nuclear dump on ancestral lands at Yucca Mountain.

Western Shoshone Corbin Harney speaks on water and unity during the Sunrise Ceremony at Ward Valley during the resistance.
Uranium mining meant cancer and death for Navajos and Pueblos who worked in the mines and were never told about the radiation. Their families ate the food covered with the radioactive dust.

Dorothy Purley, Laguna Pueblo, was one of them. Dorothy drove a truck at Jackpile mine on the Pueblo for ten years. She died of cancer during the making of the film.

While being censored around the world, it won a prestigious award at the Tucson International Film Festival in 2006.

Filmmaker Carlos DeMenezes talks with Censored News about the making of the film and the rejections by global film festivals. 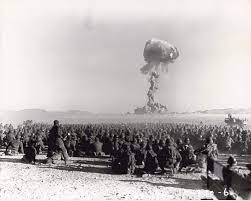 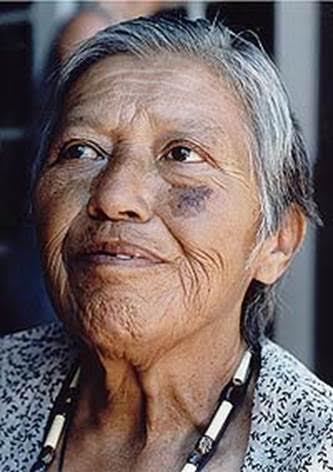 Dorothy Purley, Laguna Pueblo, a uranium miner who died of cancer during the making of the film Trespassing.
https://bsnorrell.blogspot.com/2022/08/cen...
Add Your Comments
Support Independent Media
We are 100% volunteer and depend on your participation to sustain our efforts!