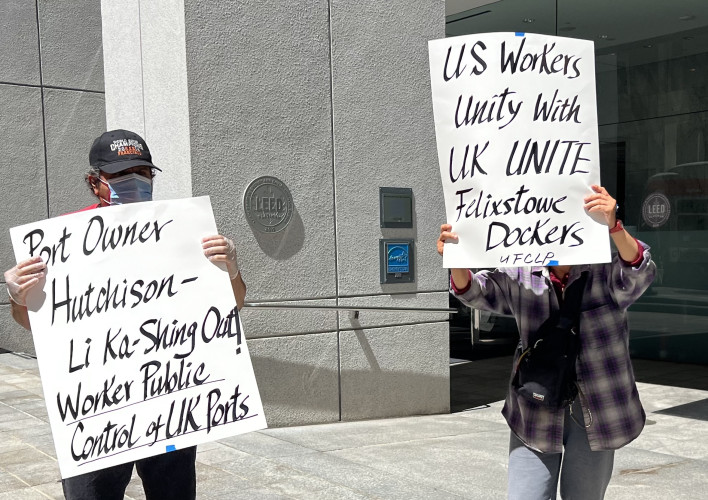 original image (2356x1662)
Supporters of the UK Felixstowe UNITE dockers strike sang and spoke out at an action in front of the UK consulate in San Francisco on Monday August 22, 2022. Former ILWU Local 10 president George Romero talked about their support and the issues including privatization.

The Felixstowe dockers went out on an 8 day strike starting on August 21, 2022. The port controls nearly 50% of the cargo traffic to the UK.
The Tory government and candidates for Prime Minister have threatened to pass even more draconian anti-labor laws against British workers.

Participants at the rally supported a general strike in the UK to bring down the anti-labor government.

The Port of Felixstowe is the largest port in Britain and it is controlled by CK Hutchison Holdings which is owned by Chinese based billionaire and union buster Li Ka-shing. He also owns the UK Port of Harwich and Hutchison has over 30,000 employees around the world and operates 52 ports and terminals in 26 countries in Asia, the Middle East, Africa, Europe. He has also benefited from China’s Belt and Road Initiative as China has taken control of ports around the world including running many ports in China. Li Ka-shing was also involved in trying to break the Hong Kong dockers strike in 1983 but was defeated by the Hong Kong dock workers union and mass community support when there was a 40 day strike.

All On the Same Ocean," Hong Kong Dockworkers' Strike
https://www.youtube.com/watch?v=9YfyF6eIvRg"

Solidarity Has No Borders:The Journey Of The Neptune Jade
https://youtu.be/F3Wva4XbMVs

UK Liverpool Dockers: A History Of Rebellion and Betrayal and Lessons For Today
https://youtu.be/8vvY1mGuOT4 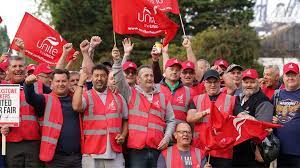 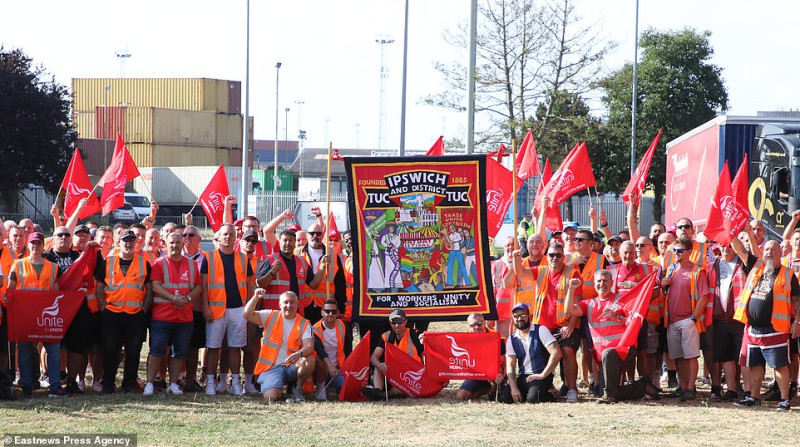 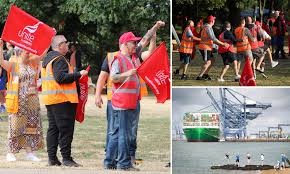 The Tory government is threatening even more anti-labor laws as a growing strike wave in the UK could turn into a general strike movement to bring down the government.
https://youtu.be/gV7Yjbyqvj4
§Hong Kong Dockers Fighting Hutchison Billionaire Li Ka-shing
by Labor Video Project
Saturday Aug 27th, 2022 11:27 AM 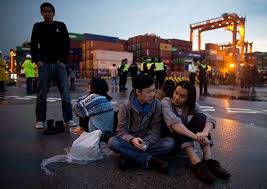 Hong Kong dockers waged a mass struggle with community support to defeat Chinese billionaire Hutchison owner Li Ka-shing. He is a big supporter of the Chinese government and he controls many ports in China and around the world including in Ensenada, Mexico.
https://youtu.be/gV7Yjbyqvj4
§General Strike Movement In UK Growing
by Labor Video Project
Saturday Aug 27th, 2022 11:27 AM 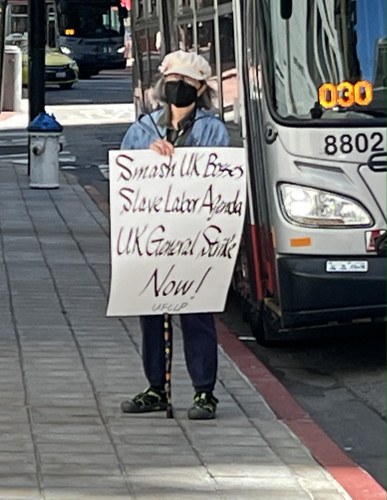 original image (2345x3024)
There is a growing movement for a general strike in UK against the slave labor conditions, union busting and reactionary Tory government.
https://youtu.be/gV7Yjbyqvj4
Add Your Comments
Support Independent Media
We are 100% volunteer and depend on your participation to sustain our efforts!