Add an Event
Newswire
Calendar
Features
Home
Donate
From the Open-Publishing Calendar
From the Open-Publishing Newswire
Indybay Feature
Related Categories: International | Labor & Workers
South Africa SAFTA/COSATU General Strike For Workers & Communities
by Labor Video Project
Friday Aug 26th, 2022 11:58 AM
WorkWeek covers the South African general strike called by SAFTU and COSATU on August 24,. 2022. Memetlwe Sebei, president of the General Industrial Union of South Africa. GIWUSA which is with SAFTU and Ayesha Rajah who is the chairperson of the Sotasonke Civic Organization are interviewed about the conditions that led to the strike, the organizing for the strike and the future. 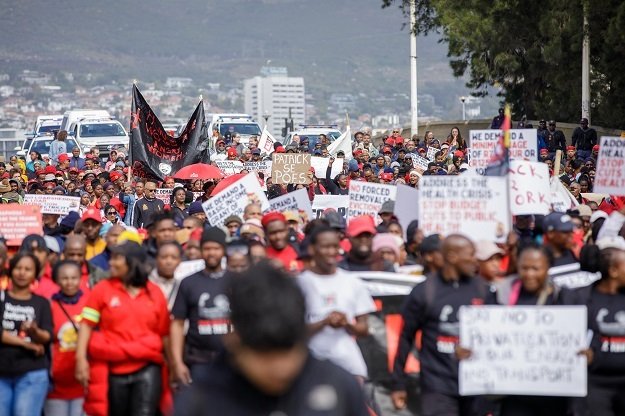 WorkWeek looks at the South African general strike that took place on August 24, 2022. The two largest labor federations South African Federation of Trade Unions SAFTU and Congress of South African Trade Unions COSATU called a national day of strike action.
We interview Memetlwe Sebei, president of the General Industrial Union of South Africa GIWUSA which is with SAFTU and Ayesha Rajah who is the chairperson of the Sotasonke Civic Organization.

They discuss the reasons for the strike and walkout. The growing food hunger, housing and attacks on the working class and what is necessary to organize a fightback and struggle for power. They also discuss the organizing of a National Working Class Summit and the organization for a mass workers party in South Africa. 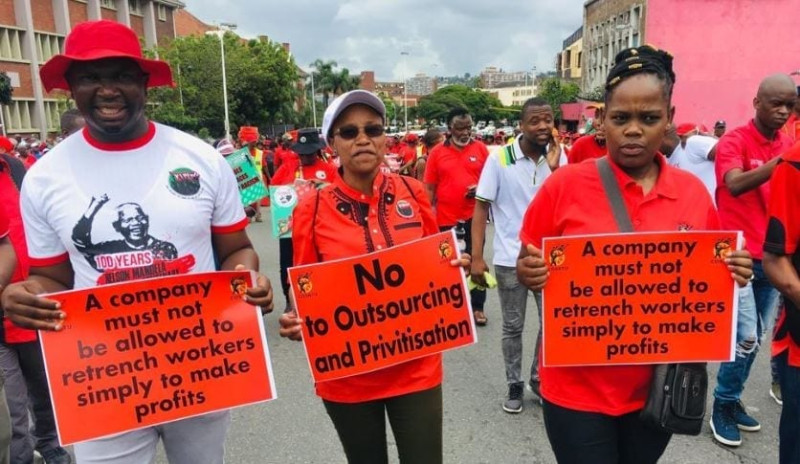 original image (836x485)
One of the demands of the general strike was against outsourcing and privatization of the national utility Escom and many other state companies. They have been turned over to cronies of the ANC and other capitalists who have looted these public resources. This has led to the collapse of the rail system and also regular outages of electricity.
https://youtu.be/sqg2ubbPZWU
§South Water Privatization Threatening Lives
by Labor Video Project
Friday Aug 26th, 2022 11:58 AM 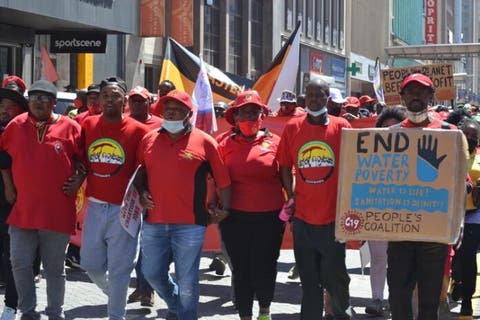 The privatization of water is threatening millions of poor in South Africa and around the world.
https://youtu.be/sqg2ubbPZWU
§Stop Putting People Over Profits
by Labor Video Project
Friday Aug 26th, 2022 11:58 AM 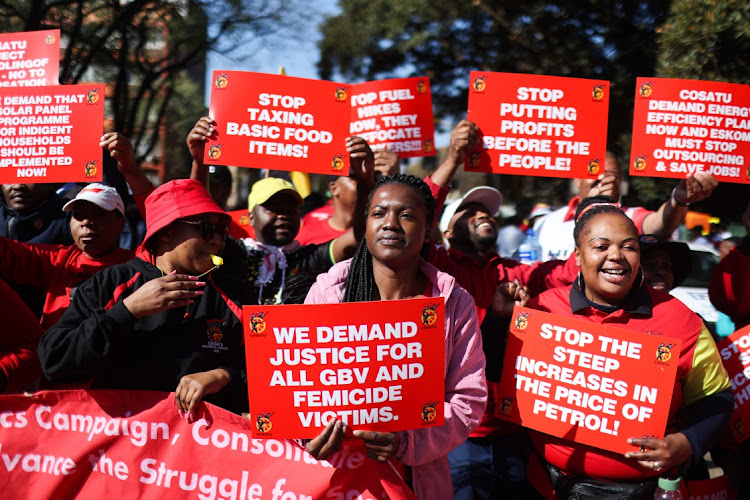 Women strikers mobilized against the attack on women and also the drive for profits by the ANC government.
https://youtu.be/sqg2ubbPZWU
Add Your Comments
Support Independent Media
We are 100% volunteer and depend on your participation to sustain our efforts!