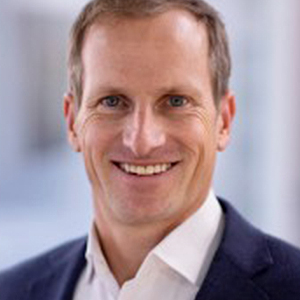 Oakland’s Lucky Pharmacy at 247 East 18th St. is scheduled to close September 14th, negatively affecting Lucky’s customers and Save Mart union members who are part of the UFCW 8.

Lucky’s customers who relied on the grocery store drugstore counters, do not feel so lucky after getting the shaft and they will no longer be able to pick up their prescriptions at its stores after a recent backroom deal with Walgreens was made, without the input of customers who relied on the Lucky’s for their much needed life saving prescriptions.

According to the website for UFCW 8, “Save Mart has announced they are selling their pharmacy services and prescriptions to Walgreens. We have reached out to the company to discuss how their decision impacts our members.

Save Mart also announced the transfer of all employee prescriptions to Walgreens. Walgreens is not a participating pharmacy in the Elixir network. To ensure members get the most out of their medical benefits, we encourage members to transfer their family’s prescriptions to an Albertsons, Bel Air, Rite Aid, Safeway or Vons pharmacy as soon as possible.”

That’s right. If you are a customer at Lucky’s in Oakland and use their pharmacy to get your medical prescriptions filled, Save Mart is in the process of trying to sell your prescriptions to Walgreens. If you have anything to say about this, now is the time to speak up to take control of your prescriptions, and take your business elsewhere.

Since the announcement last March of the acquisition of Save Mart by Kingswood Capital Management LP, the prices of groceries at Lucky’s continues to skyrocket to new all time highs.

According to the public records with the Secretary of State, KINGSWOOD CAPITAL MANAGEMENT, L.P. (201930800008), their status is listed as being active, and is listed as a corporation formed in Delaware, with their principal address located at 11812 SAN VICENTE BLVD STE 604 LOS ANGELES, CA 90049.

According to Kingswood Capital Management, Alexander Wolf is its founder: “Alex is Managing Partner and Founder of Kingswood. He oversees firm-wide management, the strategic direction of the firm and leads the firm’s investment team. Alex has been a private equity investor since 1997, having completed dozens of investments, with several billion dollars deployed across a wide range of industry sectors, including, software, media, telecommunications and technology, business services, gaming, manufacturing, upstream energy and energy services, paper and packaging, retail and consumer products. Alex has significant expertise in M&A, corporate strategy, turnarounds, restructuring and merger integration.”

Anyone who feels like contacting Alexander Wolf to tell him that he should keep the pharmacies open at Lucky grocers in Oakland may contact Alexander Wolf at landline 424-744-8238, or email: awolf [at] kingswood-capital.com .

In addition to being in the process of annihilating 89 pharmacies or more since Save Mart was acquired by Alexander Wolf, of Pacific Palisades, and his company Kingswood Capital Management LP, Save Mart is already facing a class-action lawsuit.

Alexander Wolf, And The Making Of A Grand Disaster:

The closure of 89 pharmacies or more, in addition to the alleged taking of millions of dollars in health care benefits from the nonunion employees or retires of Save Mart since it was acquired by Alexander Wolf and Kingswood Capital Management LP, it is the making of a grand disaster, during the midst of the on-going death dealing covid 19 pandemic.

Several Save Mart retirees who received letters last April advising them that their supplemental health care benefits for nonunion employees would be terminated after June, seek to represent a Class of long-time Save Mart employees in a class-action lawsuit after being falsely promised that they would be covered for life.

According to the lawsuit; “Absent legal recourse, these long-time employees will be forced to pay for medical care entirely on their own for the rest of their lives at significant cost, a breach of the trust they placed in Save Mart over the course of their life-long dedication to the company’s success. Further, Plaintiffs and the Class lost all of the unused money that they had accumulated in their HRA benefit accounts as of June 2022. Thus, in eliminating the HRA benefit program Save Mart not only broke faith with its most dedicated employees by eliminating the benefit going forward, it also realized ill-gotten savings of millions of dollars in existing liability to reimburse medical expenses based on the amounts that had already accrued in participant accounts.”

According to records with the SEC, “Alexander M. Wolf is the founder and Managing Partner of Kingswood Capital Management, LLC (“KCM”).  Mr. Wolf founded KCM in 2013. Prior to founding KCM, Mr. Wolf was a Partner and Managing Director at Cerberus Capital Management, L.P, where he worked from 2001 to 2012. Mr. Wolf has served on the Board of Managers of AVAD, LLC since June 2016. Mr. Wolf has previously been on numerous other boards, including Albertsons, LLC, Anchor Glass Container Corp., EXCO Holdings, Inc., FILA Holdings, SpA, Keane Group Holdings, LLC, NewPage Group, Inc., NewPage Holding Corporation and Torex Retail AS, Prompt Holdings, Inc. (Advantage).”

Reportedly, prior to founding Kingswood in 2013 Alexander Wolf was listed as an original member of both the Ares Management investment team and the Cerberus Capital Management private equity team, and he began his career in the leverage finance group of Wells Fargo.

Additionally, in 2020 many people in Canada were devastated when “MEC, formerly known as Mountain Equipment Co-op”, sold out, and was acquired by Kingswood Capital Management, LLC.

There appears to be a well documented trail of bad news, including a loss of pharmacies, services, loss of jobs, loss of medical benefits, massive penalties and violations, and widespread negative effects on communities after the involvement of activities or acquisitions occurring involving Alexander Wolf.