Add an Event
Newswire
Calendar
Features
Home
Donate
From the Open-Publishing Calendar
From the Open-Publishing Newswire
Indybay Feature
Related Categories: Central Valley | Environment & Forest Defense
CA Tribes and Delta E.J. groups ask State Water Board to reconsider Delta Plan
by Dan Bacher
Thursday Aug 25th, 2022 2:16 PM
“The State Water Board has made a public commitment to addressing the State sponsored racial inequity baked into the water rights system,” said Rica Garcia, an attorney with the Environmental Law Clinic at Stanford Law School. “It now needs to act in alignment with that commitment by addressing the issues raised in the Petition.” 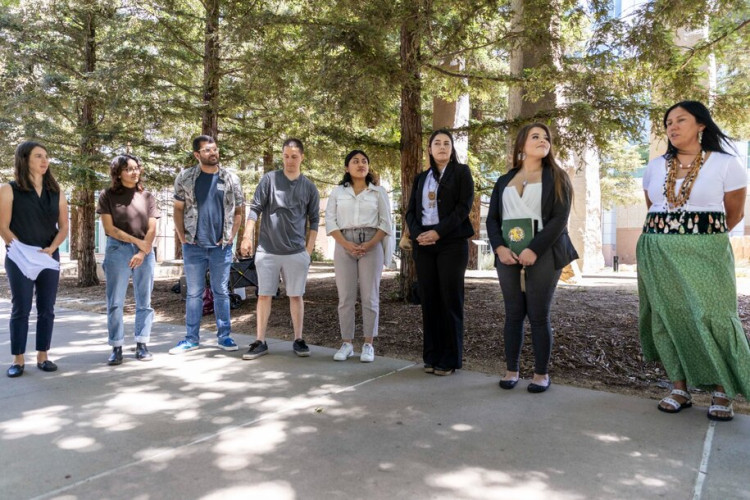 original image (915x610)
Sacramento, CA – On August 22, California Tribes and environmental justice organizations, represented by the Environmental Law Clinic at Stanford, sent a formal Request for Reconsideration of the State Water Resources Control Board decision in June 2022 denying their Petition to review and update water quality standards for the Bay-Delta.

The request exposes what the Tribes and organizations say are the “serious deficiencies” in the Board’s decision, including “its failure to address the Board’s decades-long neglect of its duty to update water quality standards and its failure to set forth a pathway to remedy the discriminatory effects of that inaction on Indigenous Peoples and disadvantaged communities in the Delta.”

“The State Water Board has made a public commitment to addressing the State sponsored racial inequity baked into the water rights system,” said Rica Garcia, an attorney with the Environmental Law Clinic at Stanford Law School. “It now needs to act in alignment with that commitment by addressing the issues raised in the Petition.”

“The State Water Resources Control Board’s dereliction of duty continues. The Board’s response did not actually address the issues central to our Petition for Rulemaking. So we are now considering all of our options,” said Gary Mulcahy, Government Liaison for the Winnemem Wintu Tribe.

Under state law, the State Water Resources Control Board has 30 days to respond to the reconsideration request.

On May 24, 2022, the Petitioners listed above filed a Petition for Rulemaking with the California State Water Resources Control Board.

The May 24 Petition included an extensive description of “California’s racist history that formally granted water rights only to white men. Indigenous Peoples and communities of color in the Delta were not given the opportunity to acquire water rights under state law. And the water rights system continues to fail to recognize that Indigenous communities, who used and stewarded the waterways since time immemorial, have prior rights to the water. Today, so-called ‘senior’ water rights holders, who acceded to the colonialists’ water rights claims, still have a tight grip on river flows, even during an unprecedented drought. The Sacramento-San Joaquin Bay-Delta, the largest estuary on the West Coast of the Americas, is dying as a consequence.”

The Petition has been recognized as presenting a critical and sorely overlooked lens into California’s ongoing water battles.

On June 24, the State Water Board responded by denying the petition, claiming that the the request for government-to-government consultation was “outside of the scope” of a rule making petition.

“The State Water Board is committed to meaningful engagement with representatives of affected tribes in the Bay-Delta watershed, including the Winnemem Wintu Tribe and Shingle Springs Band of Miwok Indians; however, a request for government-to- government consultation is outside of the scope of a rulemaking petition,” the Board stated. “In addition, the State Water Board is interested in continued dialogue with Tribes regarding the request to revise beneficial uses in the Bay-Delta Plan to incorporate tribal beneficial uses and non-tribal subsistence fishing beneficial uses but cannot commit to undergoing a rulemaking prior to understanding the full scope and application of such a request.”

Among other errors pointed to in the Request, the petitioners said, “The Board failed to acknowledge that it is decades behind schedule in reviewing outdated water quality standards for the majority of the watershed, or set forth meaningful commitments to completing its review. It was also silent on the documented harms that Indigenous Peoples and disadvantaged communities in the Delta continue to experience as a result of low flows and poor water quality resulting from the Board’s inaction. And it was silent on what actions it would take, as the law requires, to correct this discrimination and to consult with tribes and environmental justice communities in doing so.”
Add Your Comments
Support Independent Media
We are 100% volunteer and depend on your participation to sustain our efforts!