Add an Event
Newswire
Calendar
Features
Home
Donate
From the Open-Publishing Calendar
From the Open-Publishing Newswire
Indybay Feature
Related Categories: U.S. | Education & Student Activism
We Can Do So Much More on Student Loan Forgiveness
by India Walton and Sam Rosenthal
Wednesday Aug 24th, 2022 5:59 PM
Education should be free
As a presidential candidate, Joe Biden was hardly bullish on student debt cancellation. He was cajoled by progressives and his presidential primary opponents into adopting a more forceful student debt cancellation stance, one which ultimately helped win him the support of young voters.

Now, after a series of tepid moves, President Biden’s grand statement in the student debt saga has arrived. To put it mildly, it’s not very inspiring. Over the last half year, we’ve heard that the administration was mulling steps to cancel debt completely, to create a pathway to free public college, to ensure that Americans never fell into debt bondage again over the price of higher education. This new policy ensures none of those things. The president may bill his executive action as a bold, progressive step forward, but in reality, it’s much closer to the business-as-usual Democratic Party policymaking of the last 30 years: minimal, means-tested, and not likely to make a major impact.

That the president is calling for just $10,000 in loan cancellation, or, in the case of Pell Grant recipients, $20,000, is an insult especially to people of color who are still carrying student debt burdens. NAACP President Derrick Johnson made that much clear in early June. “The black community will be watching closely when you make your announcement, but $10,000 is not enough,” he said then.

As we’ve noted before, black Americans’ net worth is uniquely impacted by student loan debt. Compared to white Americans, a higher percentage of black people have student loan debt, that debt is a higher figure on average, and it has a greater impact on black families’ overall net worth than that of white families. The disparity is so stark, in fact, that canceling $50,000 in student loan debt, as Biden was once reportedly considering, could boost black wealth by 40 percent. That the Biden administration would pass on this obvious opportunity to create material change for black borrowers, when he has black voters to thank for the presidency, is unconscionable.

At RootsAction, our policy is the same that it has always been: Joe Biden, and Democrats in Congress, should cancel student debt, all of it. Furthermore, they should focus on ensuring that students can attend trade schools and public universities debt-free, so that future generations do not need to again suffer the burden of massive student loan debt. This policy is politically popular, economically sound, and morally right. The American people do not want another means-tested, narrowly defined policy that amounts to a drop in the bucket in the fight against inequality. We want material steps towards dismantling an obscene system that has profited off the backs of working people whose only crime was to desire an education. The administration still has time to take real action on student loan debt, but they need to get moving. 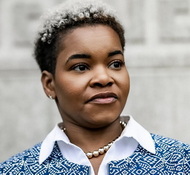 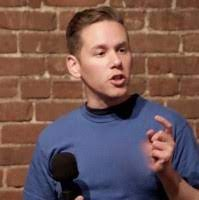