Add an Event
Newswire
Calendar
Features
Home
Donate
From the Open-Publishing Calendar
From the Open-Publishing Newswire
Indybay Feature
Related Categories: California | Santa Cruz Indymedia | South Bay | Environment & Forest Defense | Government & Elections | Racial Justice
Gilroy City Council Supports Local Tribe by Voting to Oppose Mine on Sacred Lands at Juristac
by Amah Mutsun Tribal Band
Tuesday Aug 23rd, 2022 9:44 AM
Gilroy, CA, August 16, 2022 — On Monday evening, the Gilroy City Council unanimously voted to take a position opposing the Sargent Quarry Project, a planned 403-acre sand and gravel mining operation that would be located just outside of the City’s jurisdiction. The council moved to produce a resolution urging Santa Clara County officials to deny approval of permits for the mine, which threatens open space lands that are held sacred by a local Indigenous tribe and have also been deemed critical for wildlife migration. 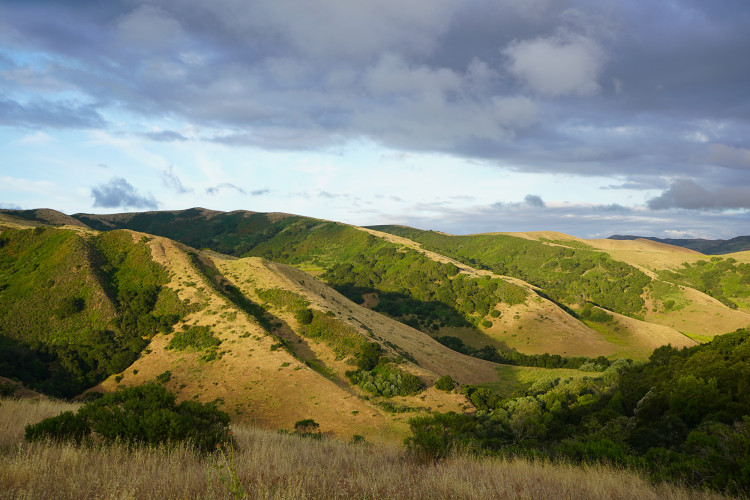 original image (2000x1333)
The vote by the Gilroy City Council comes at a pivotal time. On July 22nd, Santa Clara County released a 650-page Draft Environmental Impact Report examining detrimental impacts the mine at Juristac would have on the environment and cultural resources. A 60-day public comment period is open now and ends on September 26th, offering the public an opportunity to review and submit written remarks on the Draft Environmental Impact Report.

“We appreciate the recognition by the city council of Gilroy that the rights of Indigenous peoples matter, and that the destruction of the sacred Amah Mutsun site of Juristac is a significant issue for the entire region,” Valentin Lopez, Chairman of the Amah Mutsun Tribal Band said following the City Council’s unanimous vote. 11 individuals including Gilroy residents, representatives of organizations such as Gilroy Growing Smarter, and a faculty representative from Gavilan College spoke during public comment supporting the motion to oppose the mining plan.

“I am 100% in support of the resolution to oppose this project and agree with all of you who have spoken here tonight,” Councilmember Carol Marques remarked. Marques, who initially introduced the agenda item to take a position on the proposed mine, asked the 50 or so members of the public sitting in the council chamber to raise their hands if they are in support of opposing the mine. Virtually everyone in the room raised their hands.

“We might not have a direct say on what happens here—but we can have a really strong impact, being neighbors,” Councilmember Zach Hilton noted as he voiced support for the motion. Gilroy, as the nearest city to the proposed mining site, would especially feel the impacts of the projected 240 additional quarry-related truck trips per day, most of which would go directly through Gilroy. In addition, the quarry processing plant and overburden stockpiles would be clearly visible from the scenic 101 corridor just south of town.

“We [talk] a lot about preservation, whether that’s preserving our natural resources, or the cultural resources as well,” Mayor Pro Tempore Peter Leroe-Muñoz stated during the meeting. “That preservation is so essential for ensuring we have a sense of identity and place.” Leroe-Muñoz also highlighted the City’s serious traffic and air pollution concerns in regards to the proposed mine. “This is an important issue…The concerns about traffic are very real, especially as the Mayor and I are thinking about what the 101 and 25 interchange is going to look like in a couple years—that’s a big concern for me.”

The City of Gilroy’s action comes in the wake of similar resolutions passed by the cities of Sunnyvale, Santa Clara, Morgan Hill, and Santa Cruz. These resolutions send a strong message to Santa Clara County that local communities widely oppose the desecration of the sacred site and destruction of regionally important wildlife habitat.

Juristac (or “Place of the Big Head”) is the heart of the Amah Mutsun Tribal Band’s ancestral homeland. For thousands of years, the Amah Mutsun lived and held sacred ceremonies at Juristac. These ceremonies for healing and renewal honored the spiritual being Kuksui with Big Head dances and were often attended by neighboring tribal groups. The Draft Environmental Impact Report identified multiple significant and unavoidable impacts to tribal cultural resources that would result from the proposed mining project, including impacts to tribal sacred sites determined eligible for listing on the California Register of Historical Resources.

According to the Draft EIR the mine would cover over 403 acres and consist of a 62-acre processing plant area, three open-pit quarry sites up to 250 feet deep, a 1.6-mile long conveyor belt, and a 22-foot wide access road connecting the pits to Highway 101. Additional significant and unavoidable impacts of the proposed mining operation noted in the Draft EIR pertain to impacts to regional wildlife habitat connectivity, air quality, and transportation.

The Santa Clara County Human Rights Commission, California Democratic Party and ACLU of Northern California are among a long list of organizations and institutions that have authored resolutions or passed resolutions opposing the planned mine at Juristac. Over 20,000 members of the public have signed the Amah Mutsun Tribal Band’s petition to protect Juristac, when the online and handwritten petition signature count is combined.

The Amah Mutsun Tribal Band, Green Foothills and other allied organizations are engaged in widespread community mobilization efforts during the comment period, culminating in a large public Rally for Juristac in front of the County Administration building in San Jose on September 10th.

On August 4th, the Tribe hosted a public workshop on EIR comment letter writing for Juristac with over 200 participants in attendance. Public comment letters have begun pouring into Santa Clara County inboxes from concerned organizations and members of the public. For more information and updates on planned events and activities, visit the Tribe’s campaign website at https://protectjuristac.org


About the Amah Mutsun Tribal Band

The Amah Mutsun Tribal Band is comprised of descendants of the Indigenous peoples taken to the missions at San Juan Bautista and Santa Cruz during Spanish colonization of California’s Central Coast. The traditional territory of the Amah Mutsun encompasses all or portions of the modern counties of San Benito, Santa Clara, Monterey and Santa Cruz. Today’s tribe represents the surviving descendant families of 20 distinct historic tribal groups, and currently has an enrolled membership of nearly 600 people.

Green Foothills is a nonprofit organization dedicated to protecting open space, farmland, and natural resources in San Mateo and Santa Clara Counties. Since 1962, Green Foothills has worked collaboratively to help protect nature and farmland from sprawl development, advocating on more than 900 land use issues and 60 ballot measures. Green Foothills envisions a resilient region where wildlife thrives, everyone has natural beauty to enjoy, and communities live in balance with nature.
Add Your Comments
Support Independent Media
We are 100% volunteer and depend on your participation to sustain our efforts!