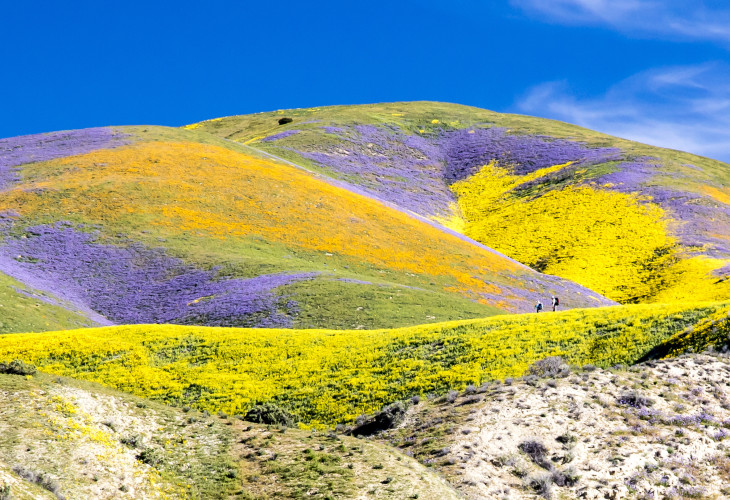 original image (2367x1620)
The agreement also formalizes the expiration of the Trump administration’s approval of a new oil well and pipeline in the national monument without any development.

“This agreement forges a new era for the Carrizo Plain National Monument and begins what we hope will be a complete phase-out of oil drilling in this protected area,” said ForestWatch Executive Director Jeff Kuyper. “The Biden administration did the right thing in agreeing to take these important first steps toward restoring this treasured landscape.”

In 2020 Los Padres ForestWatch and the Center for Biological Diversity sued the U.S. Bureau of Land Management after the agency approved a permit for a new well and repair or replacement of a dilapidated pipeline.

The lawsuit said the proposed fossil fuel extraction would harm threatened and endangered wildlife and mar scenic views, violating the monument’s resource-management plan, the Federal Land Policy and Management Act and the National Environmental Policy Act. It was the first new oil well approved in Carrizo Plain National Monument since it was established in 2001.

“It’s exciting to see the beginning of the end of oil extraction in the Carrizo Plain. This is a place for wildflowers and kit foxes, not oil wells,” said Ileene Anderson, a senior scientist at the Center. “The agreement will benefit all the rare plants and animals of this stunning landscape. And it’s one more step toward leaving a livable planet to future generations by stopping fossil fuel extraction.”

The lawsuit also said the Bureau failed to protect monument resources in managing oil drilling in the national monument, including promptly capping and remediating old wells and facilities that have not produced oil in decades. Some of the oil wells in Carrizo Plain National Monument have been dormant since the 1950s, potentially emitting greenhouse gasses, leaving a blight on the landscape and posing a risk to underground water supplies.

Today’s agreement, filed in U.S. District Court in Los Angeles, memorializes the expiration of the 2020 approval of the new oil well and pipeline without any development and requires the BLM to ensure that 11 long-dormant oil wells are properly abandoned and reclaimed. That will include removing several well pads, access roads, pipelines and other equipment and returning the areas to natural conditions. The agreement sets a five-year timeline for completing the work following a public comment period and preparation of environmental studies.

The well sites are in the Caliente Mountains inside the western boundary of Carrizo Plain National Monument. The area is home to several protected species, including threatened San Joaquin antelope squirrels, endangered San Joaquin kit foxes and an endangered flowering plant called the Kern mallow.

The groups will work with the Bureau to address nearly two dozen additional idle wells inside the monument boundary. There are nine active wells inside Carrizo Plain National Monument in two oil fields — Russell Ranch and Morales Canyon — that are reportedly reaching the end of their useful life.

The groups were represented by the Stanford Environmental Law Clinic and the Center for Biological Diversity.

About the Carrizo Plain

The Carrizo Plain National Monument is a vast expanse of golden grasslands and stark ridges known for their springtime wildflower displays. Often referred to as “California’s Serengeti,” it is one of the last undeveloped remnants of the southern San Joaquin Valley ecosystem.

The Carrizo Plain is critical for the long-term conservation of this dwindling ecosystem. It links these lands to other high-value habitat areas like the Los Padres National Forest, Salinas Valley, Cuyama Valley and Bitter Creek National Wildlife Refuge in western Kern County.

Honoring the area’s high biodiversity, limited human impacts and rare geological and cultural features, President Clinton declared the Carrizo Plain a national monument in 2001. It includes more than 206,000 acres of public lands ― perhaps the largest native grassland remaining in all of California. 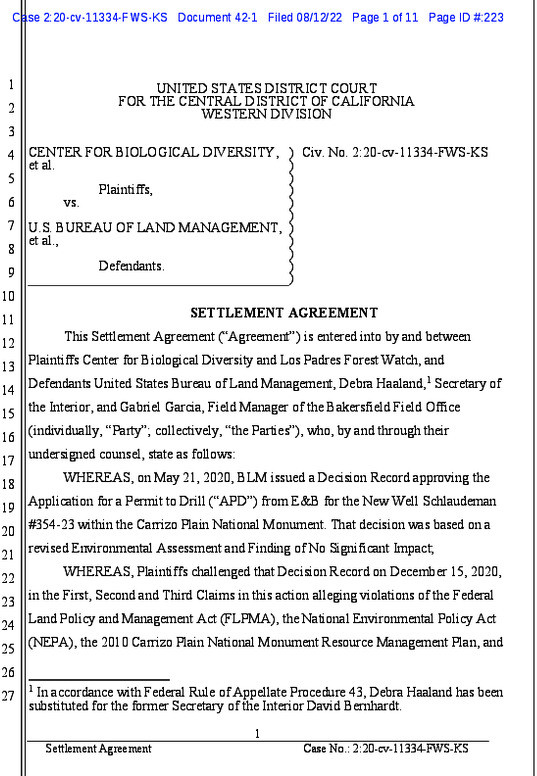 Download PDF (615.6KB)
https://biologicaldiversity.org/
Add Your Comments
Support Independent Media
We are 100% volunteer and depend on your participation to sustain our efforts!