by Labor Video Project
Labor and community activists as well as family members rallied at San Francisco Laguna Honda hospital to protest the deaths of 9 residents and patients who were discharged by London Breed's Department of Public Health management. Speakers discussed the drive for privatization and the corruption in government agencies that led to these murders. 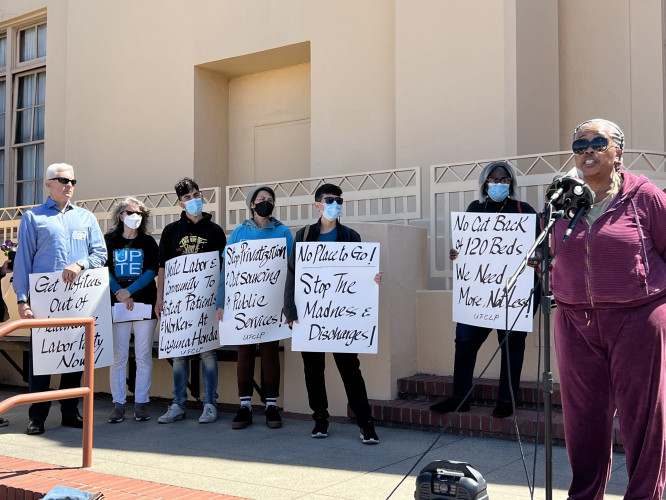 original image (4032x3024)
Over 30 labor and community members rallied at Laguna Hospital in San Francisco to protest the shutoff of Federal funds by Biden's Secretary of Health and Human Resources Xavier Becerra and Gavin Newsom’s Department of Public Health. As a result of their orders and compliance by the SF Mayor London Breed’s Department of Public Health, the CEO improperly ordered sick and elderly patients discharged leading to the death of nine residents and patients.
Speakers from SEIU 1021 including Brenda Barros Chapter Chair SF General Hospital , Cheryl Thornton SF Community Health Care Vice Chair, UPTE UCSF SF Labor Council delegate Lisa Milos and other workers and community members demanded that it not close and be expanded. They also said that it was part of the privatization drive going on in San Francisco, California and nationally.
Speakers including Joseph Urban whose mother in law is a resident warned that the patients many of whom are in the 80's and 90's would die from transfer trauma. He reported that 90 other residents and patients would likely die if they were discharged by the administration and doctors.
Also speakers reported that behind the drive to shutdown the facility is the push for privatization. The Department of Public Health is pushing privatization and outsourcing to non-profits and other groups that do not provide the care that those at Laguna Honda are receiving.
This action took place on August 13, 2022 and was sponsored by United Front Committee For A Labor Party and Higher Education Action Team at CCSF HEAT. 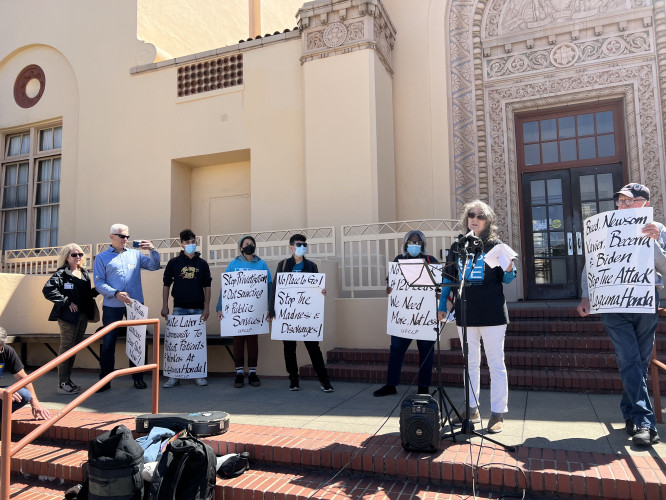 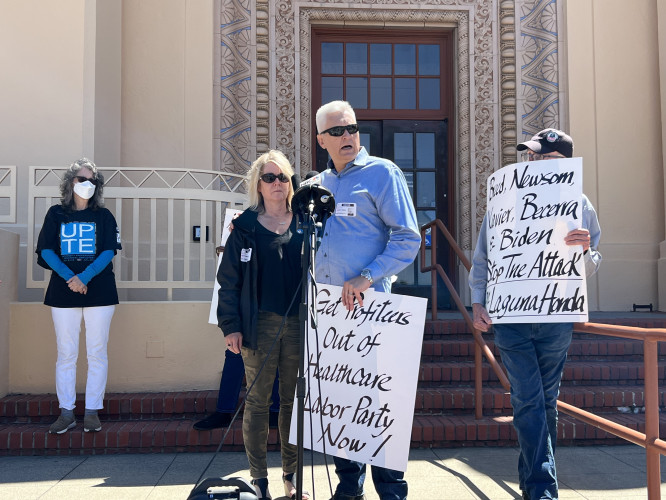 original image (4032x3024)
Laguna Honda resident family member Joseph Urban and his wife whose mother is in Laguna Honda talked about the transfer trauma death likely for many of the residents. He also talked about his change.org petition to stop the forced relocation at Laguna Honda.
END_OF_DOCUMENT_TOKEN_TO_BE_REPLACED
§SEIU 1021 SF General Hospital Chapter President Brenda Barros
by Labor Video Project 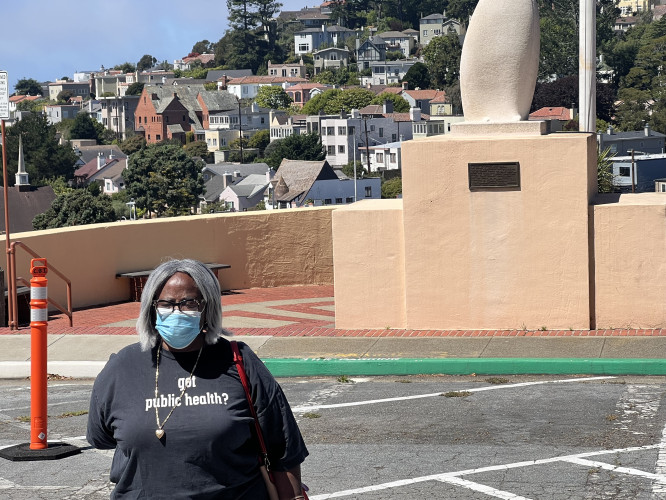 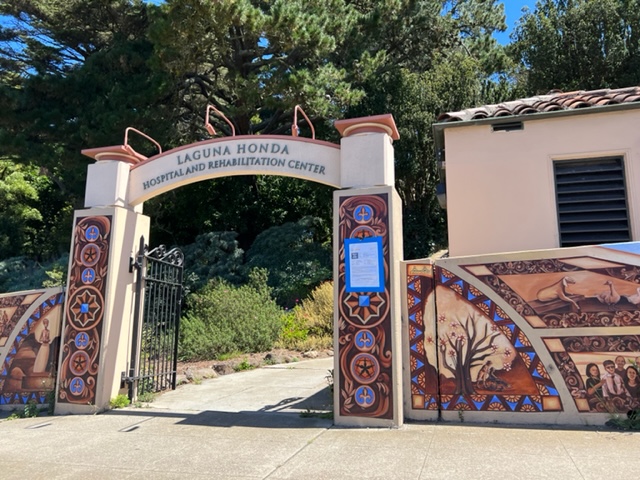 The police tried to prevent people from attending the press conference who arrived by car. They were demanding identification to limit attendance at the press conference.
END_OF_DOCUMENT_TOKEN_TO_BE_REPLACED
§Supporters From UPTE USF & Do No Harm UCSF
by Labor Video Project 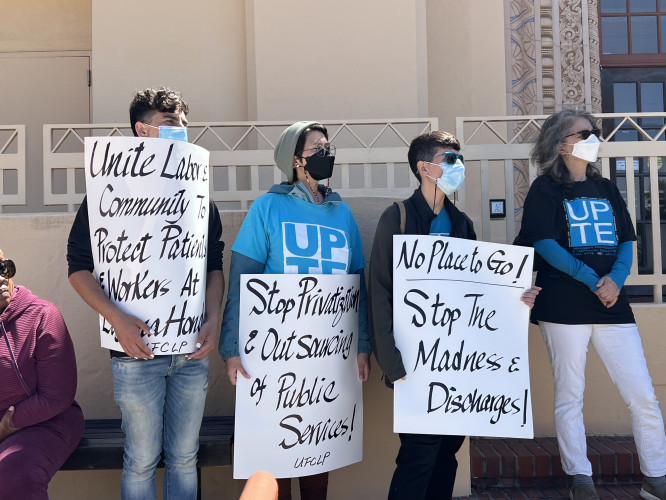 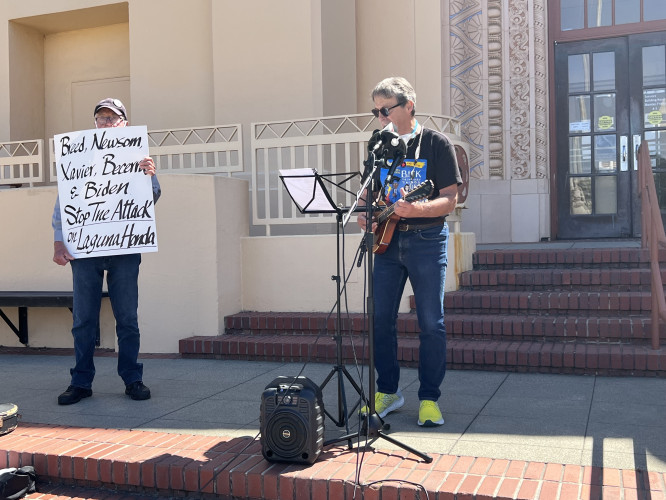 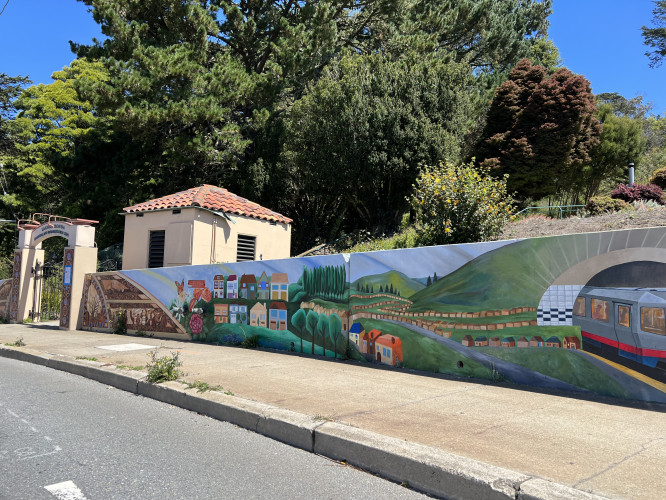 original image (4032x3024)
Participants spoke about plans of privatizers to sell off the valuable land to developers which has been done at San Francisco Community College where Balboa Reservoir was sold by the City for a for profit developer. The Democratic mayor and Democratic Board of supervisors unanimously supported this privatization of public land for profiteers.
END_OF_DOCUMENT_TOKEN_TO_BE_REPLACED
Add Your Comments
Support Independent Media
We are 100% volunteer and depend on your participation to sustain our efforts!