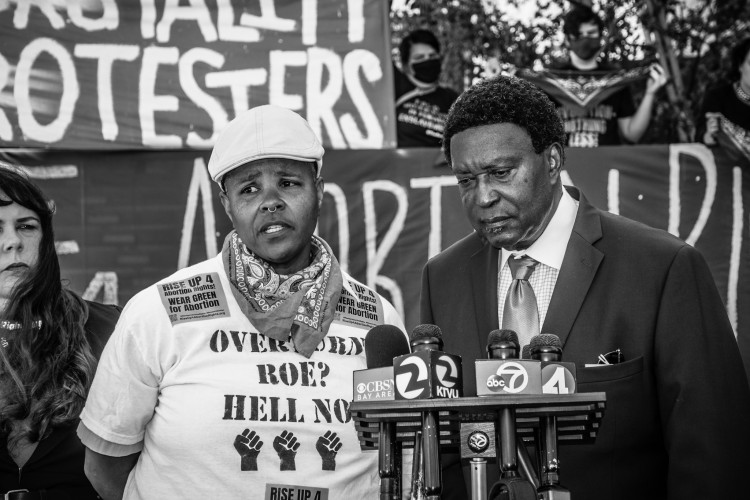 original image (2048x1365)
An abortion rights demonstrator is suing the city and county of San Francisco, the San Francisco Police Department and the San Francisco Fire Department. She is being represented by civil rights lawyer John Burris, who is well known for his work in police brutality cases. He represented Oscar Grant's mother in her lawsuit against BART Police in 2009 and more recently the families of police violence victims Mario Wood and Sean Monterrosa.

At the heart of the suit is this: Kareim McKnight was injected with a sedative while she protested for abortion rights at an NBA Warriors game. She and a fellow protester, who is white, attempted to unfurl a banner that read, "Overturn Roe? Hell No."

On August 10 a press conference was held announcing the federal civil suit. Both demonstrators spoke following an initial statement by Mr. Burris. They explained that while they were both brutalized by SFPD, having been pushed and bruised, only Kareim was subjected to involuntary sedation by injection. When a reporter asked, "do you think there was a racial element in the treatment of Kareim?" both Burris and McKnight answered that they believe there was.

Supporters attending the press conference held green banners for abortion rights and "stop police brutality" signs. They stood outside the entrance to the newly built Chase Center, the home of basketball team the San Francisco Warriors. Demonstrators called on the Warriors to speak up about the brutality and condemn such an action at that location. 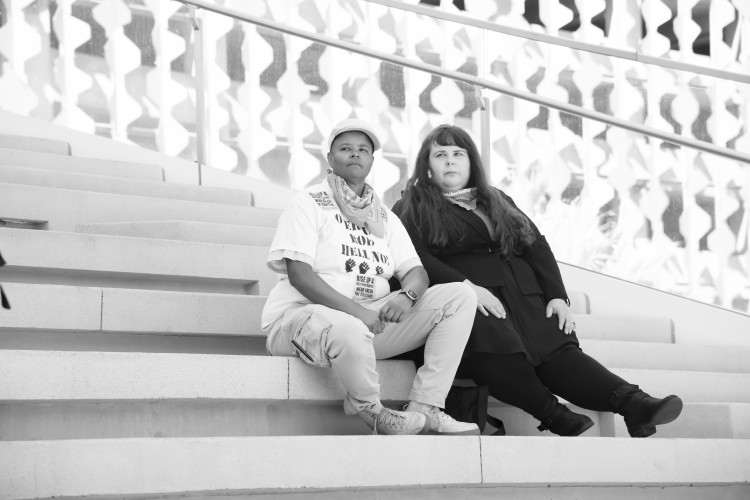 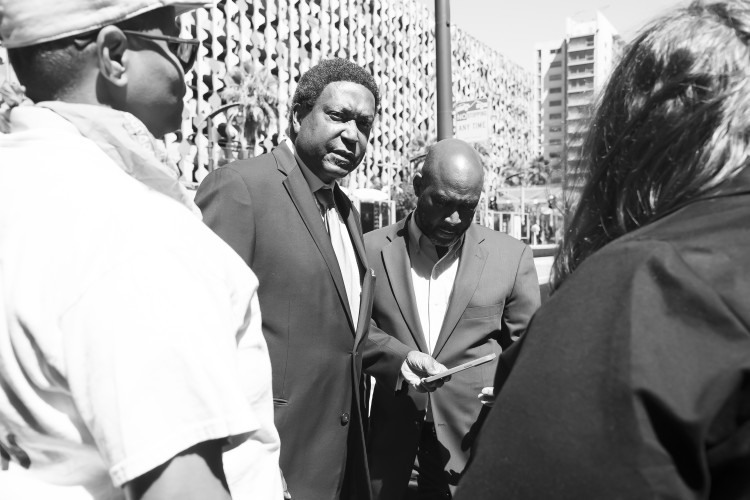 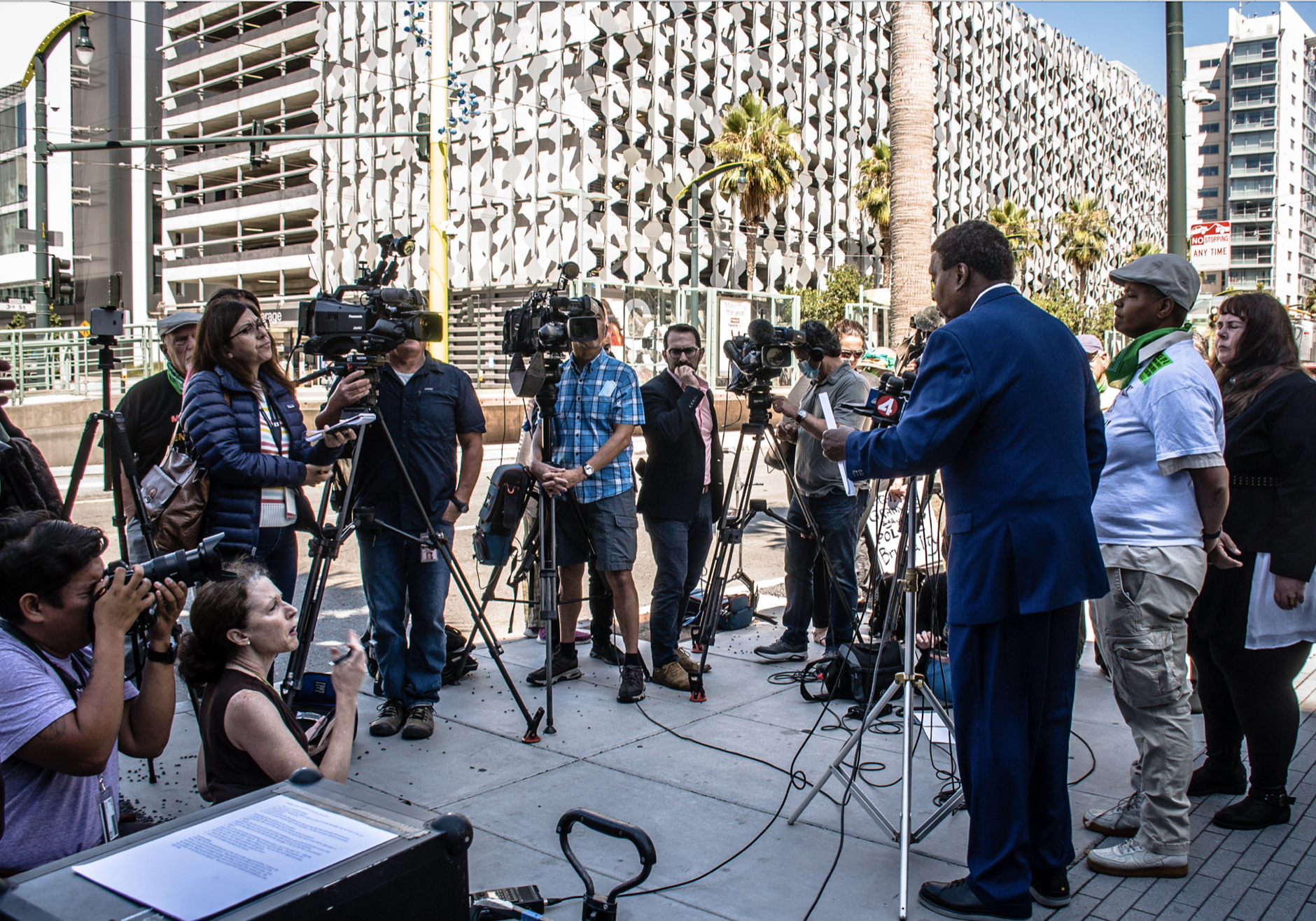 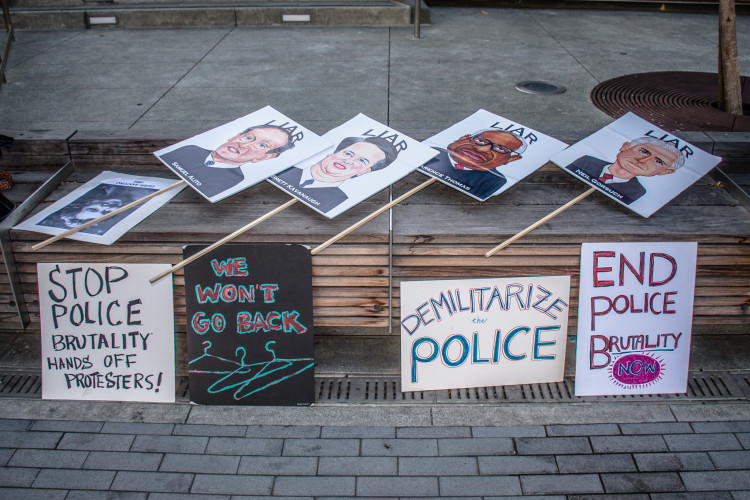 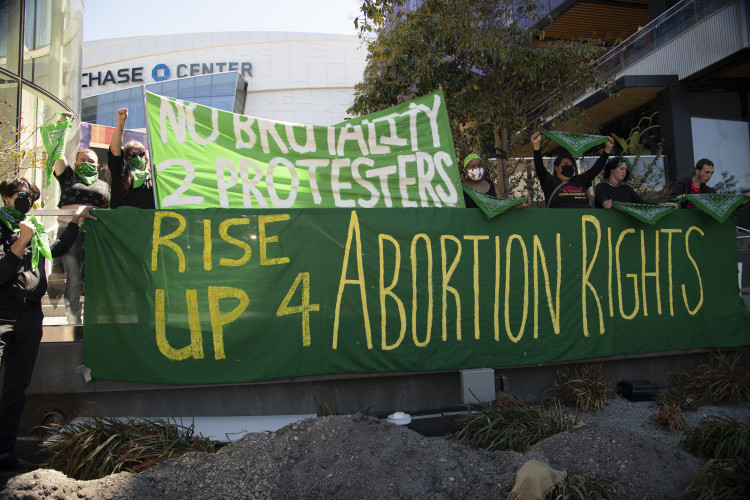 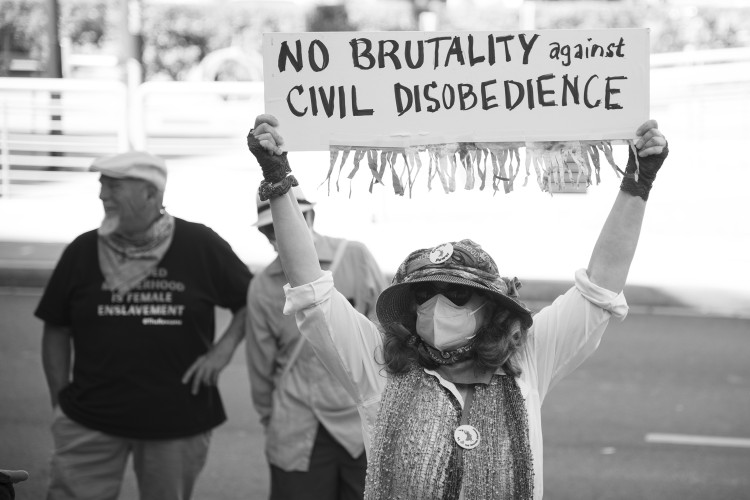 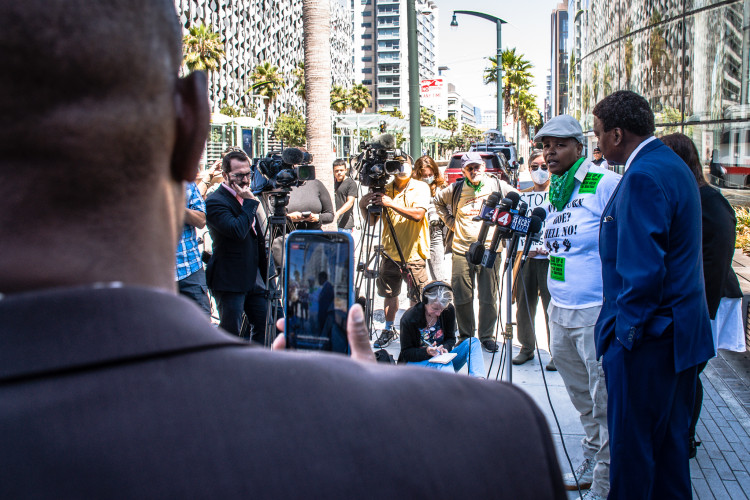 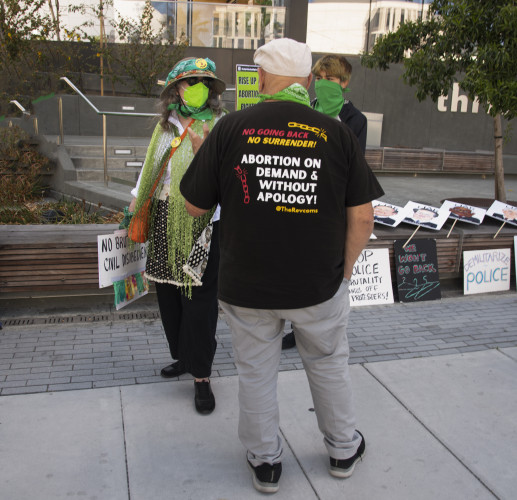 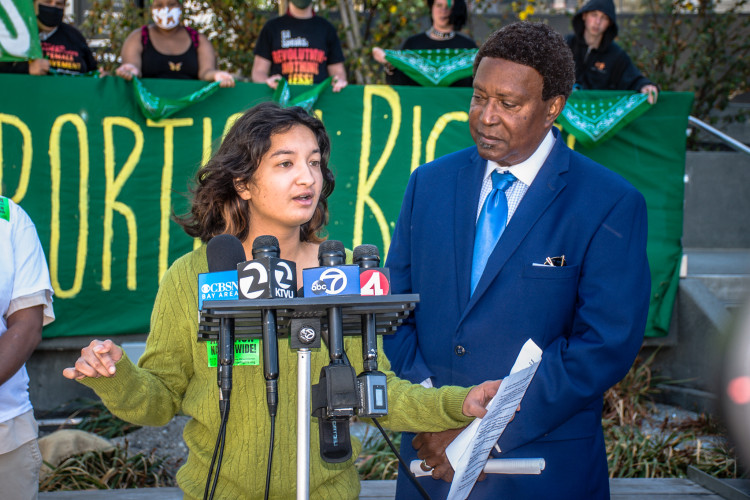 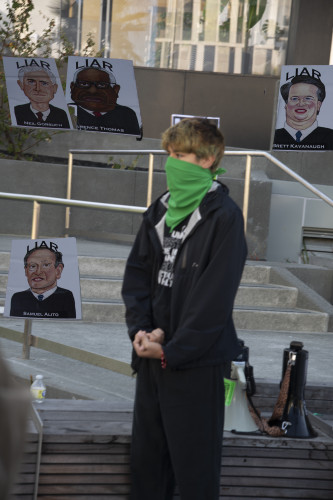 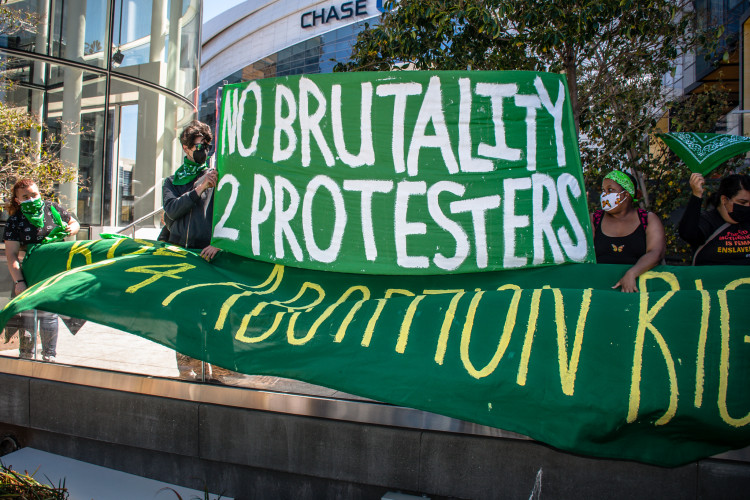 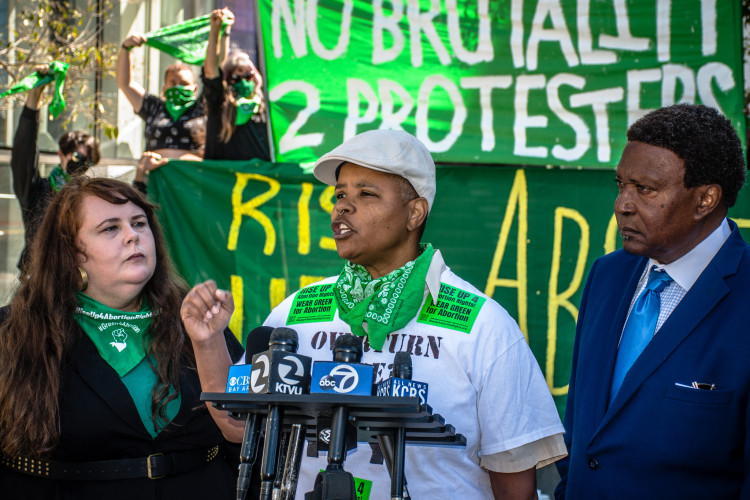 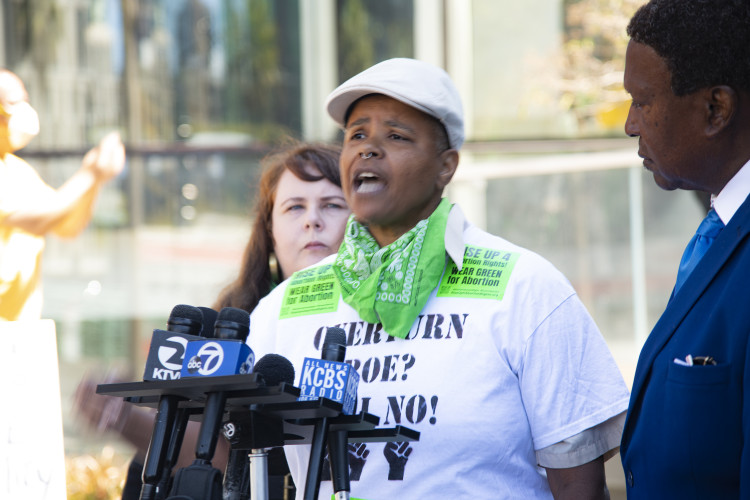 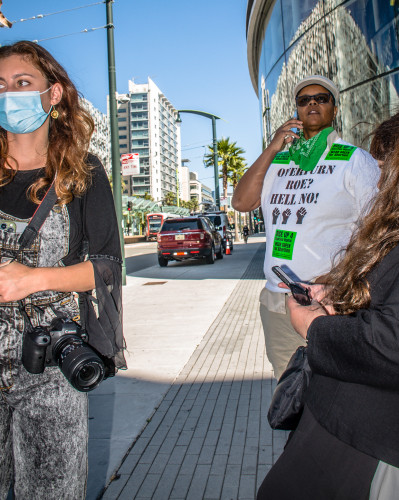 original image (1638x2048)
Add Your Comments
Support Independent Media
We are 100% volunteer and depend on your participation to sustain our efforts!