Add an Event
Newswire
Calendar
Features
Home
Donate
From the Open-Publishing Calendar
From the Open-Publishing Newswire
Indybay Feature
Related Categories: East Bay | Health, Housing & Public Services
Average Oakland one bedroom apartments skyrocket to $3,022 per month
by Lynda Carson (newzland2 [at] gmail.com)
Tuesday Aug 9th, 2022 10:45 PM
Rents At 312 24th Street, In Oakland, Range From A Whopping $3,620 Per Month For A Studio Apartment, To As Much As $14,910 Per Month For A Three Bedroom Apartment, In A Violent Crime Ridden Neighborhood! 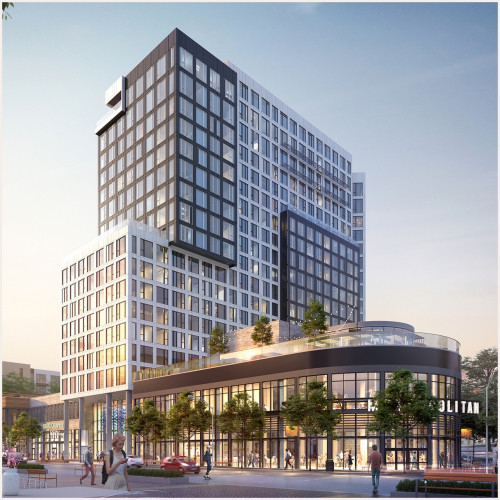 Oakland - According to Rent.com, the average cost for a one bedroom apartment in Oakland has skyrocketed to a whopping $3,022 per month, a 22% increase from last year.

Additionally, the average price for studio apartments in Oakland are going for an insane amount of $3,020 per month, an increase of 17% in the past year, according to Rent.com.

One can only wonder why they are charging Rolls Royce prices for rent at 312 24th Street in Oakland, when it appears to be in a ghetto location in regards to crime?

Meanwhile, as the Robber Baron landlords are ripping off the tenants in Oakland with their over priced rental schemes and skyrocketing rent increases, the greedy landlords at the California Apartment Association (CAA) are opposed to SB 1026.

SB 1026 is a sensible reasonable bill being considered that would require that the greedy landlords in California must inform prospective tenants with information about the energy efficiency of their rental units and properties being offered for rent, before entering into a rental agreement with a prospective tenant.

Indeed. During a period of outrageous inflation increases tearing families apart and the never ending rip off rate increases of PG&E, only the greedy landlords at the CAA would be against the reasonable requirements of SB 1026. A bill that would require landlords to provide prospective tenants with information regarding the energy efficiency of the rental units before the tenant gets caught into a rental agreement trap, due to a lack of information.

Additionally, according to reports, in 2021 Oakland was ranked as the fifth most dangerous city in the nation.

Meanwhile, shootings in Oakland are rampant.

Due to massive rent increases during 1999, the median price for a studio apartment in Oakland was $713.00 per month, 1 bedroom rental units were $850.00 per month, and 2 bedroom units averaged out at $1,050.00 per month. The housing crisis that occurred due to the rent gouging going on by greedy landlords during 1998 through 1999 amounted to a 32% increase in rent for studios, a 17% increase for 1 bedroom units, and a massive 20% increase for 2 bedroom units. The rent gouging by greedy landlords occurred during a period in which the so-called 3% cap on annual rent increases still existed in Oakland.

The average market rate monthly rent in Oakland during 2001 were $850-$950 for studios, $1,150-$1,300 for 1 bedroom units, and $1,600-$1,800 for 2 bedroom rental units. The above source of figures were from Rental Resolutions in 2001. Indeed, to renters during that same period, these were some alarming figures that resulted in the displacement of many low-income renters in Oakland.

In comparison, during 2004, low-income areas below MacArthur Boulevard had cheaper rents, and the average minimal monthly rents being charged for one-bedroom units were only $650.00 a month in Oakland.

In comparison, during 2014, the Empyrean Towers, formerly known as the Hotel Menlo, that was comparable to the low-income Ridge Hotel in Oakland, Alice Tse was charging renters as much as $79 dollars a night to live in slum-like conditions at the bedbug infested SRO hotel.

Rents In Oakland Continue To Rise, Displacing Many:

During 2015, it was reported that Oakland had the second fastest-rising rents in the nation, passing the pace of San Francisco’s rent increases, coming in second behind the rent increases occurring in Denver. The rents in Oakland have climbed over 12.1 percent during 2015, since the end of 2014.

In 2016, according to a report from Zumper, rents in Oakland were the fifth highest in the nation, and the New York Times claimed that Oakland’s median rent was right below Manhattans median rent.

During August of 2017, the average market rate rent for a one bedroom unit was $2,400 per month in Oakland.

Gentrification schemes in Oakland by greedy landlords have been displacing the poor, and persons of color from the city for the past number of years as the skyrocketing rents and evictions continue to increase on a daily basis.