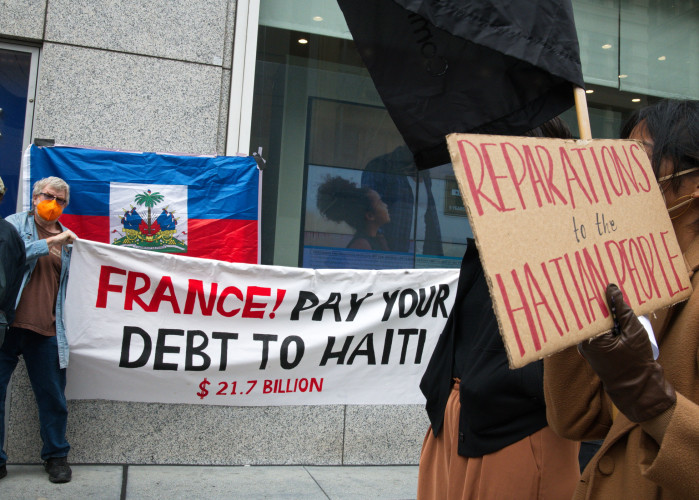 On Thursday, Haitians and supporters held a protest at the French consulate and in front of Citibank on Kearny Street in downtown San Francisco.

They demanded that France and Citibank pay restitution for their colonial crimes against Haiti. Citibank, formerly First National City Bank of NY, was key in authoring and profiting from the 1915 US occupation in its pursuit of imperial expansion into the Caribbean.

July 28th is the anniversary of the 1915 US Marines invasion of Haiti. The 19 years of US military occupation that followed - with its attendant martial law, conscripted labor, corporate land grabs, Wall Street profiteering, white supremacy - emerged as a blueprint for US/western intervention throughout the Americas and the impoverishment of Haiti that continues to this day.

France forced the Haitian people to pay what amounted to over $21.7 billion in today’s money as “restitution” to their former French enslavers, robbing Haiti of billions of dollars that could have developed the Haitian economy and infrastructure. In 2003, the democratically elected government of former President Jean-Bertrand Aristide announced that it was pursuing this demand; this was a key factor in France’s cooperation and support for the U.S.-orchestrated coup that overthrew Aristide’s government and launched another foreign occupation of Haiti.

The US and France continue to exploit Haiti’s resources, dominate its political life and prop up the tiny, violent and corrupt Haitian elite that now rules the country.

The Ransom is still Being Paid! Reparations Are Long Overdue! 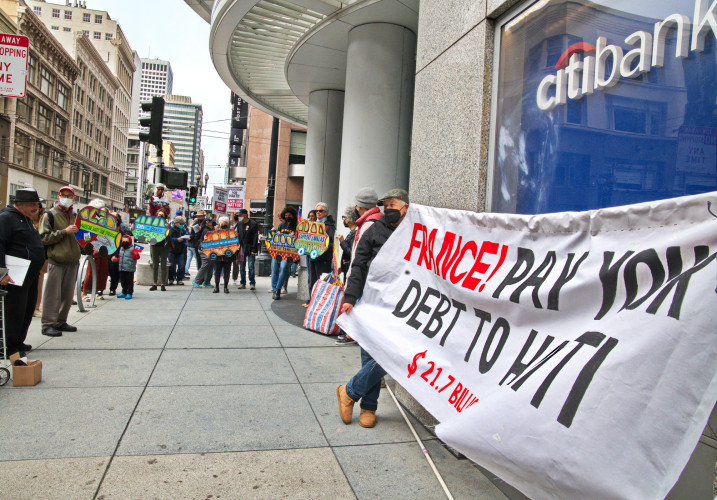 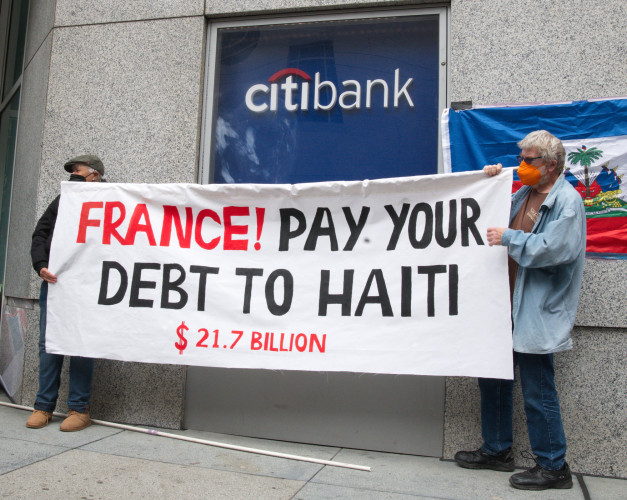 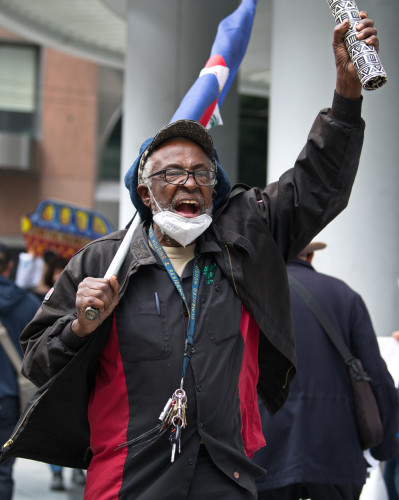 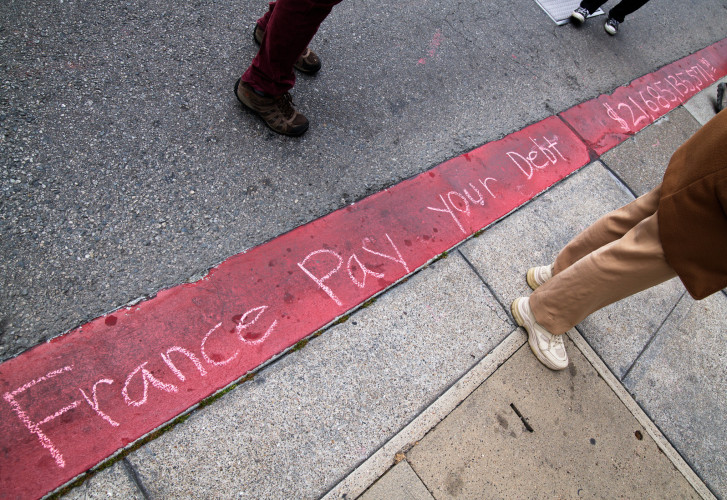 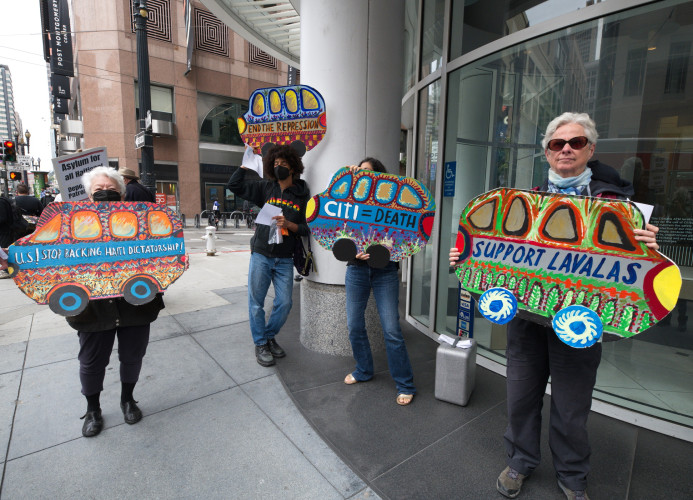 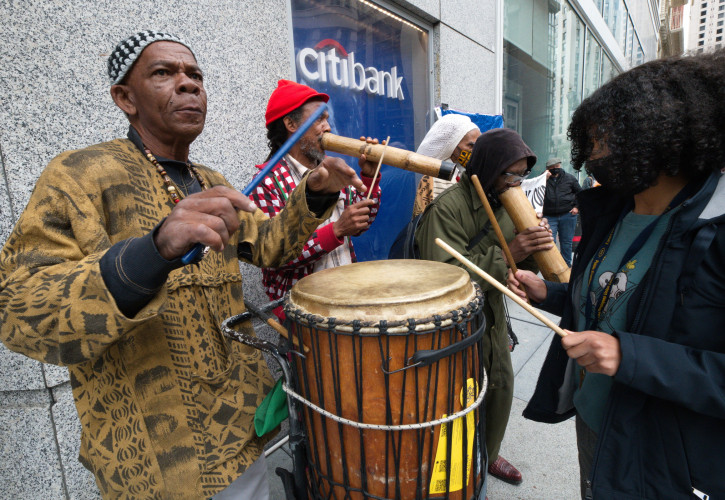 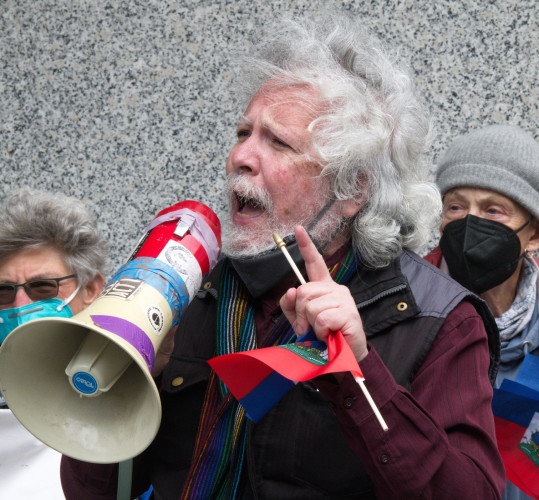 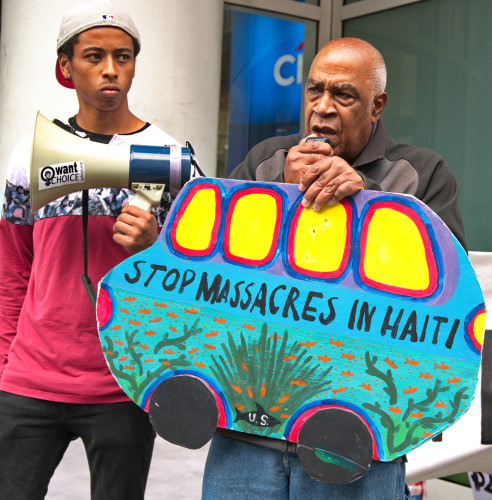 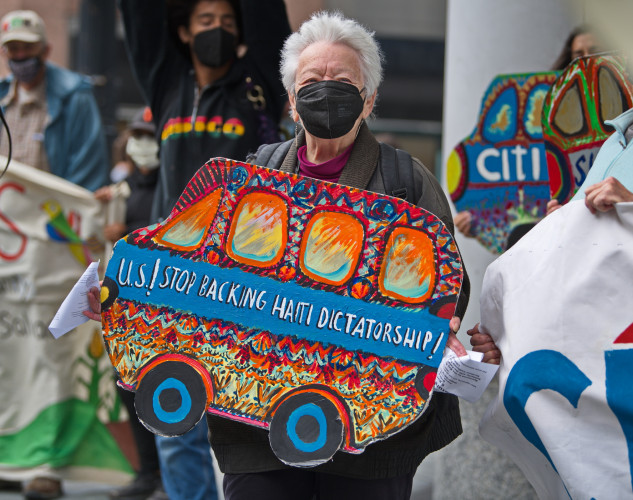 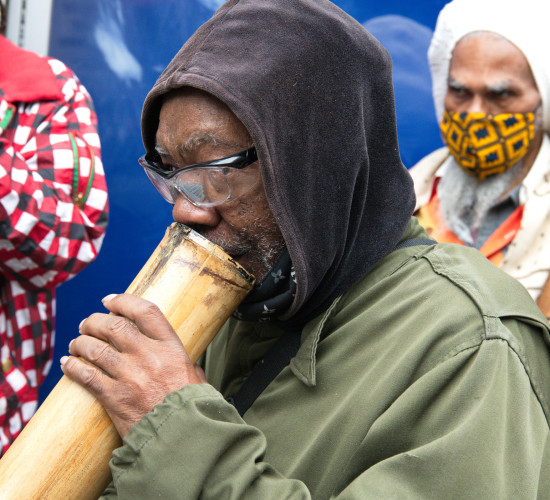 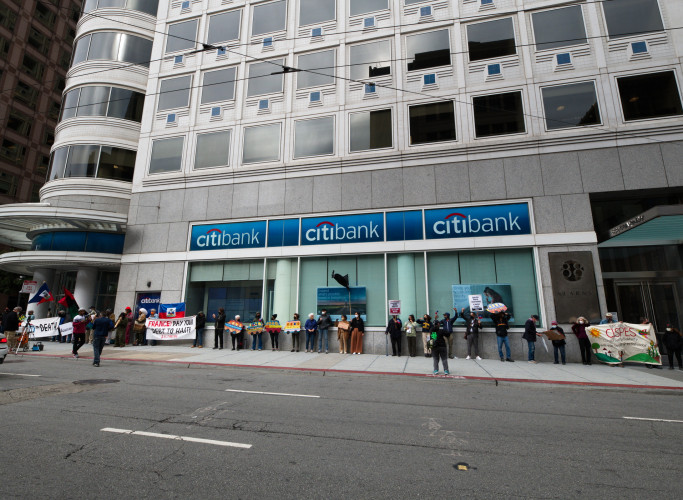 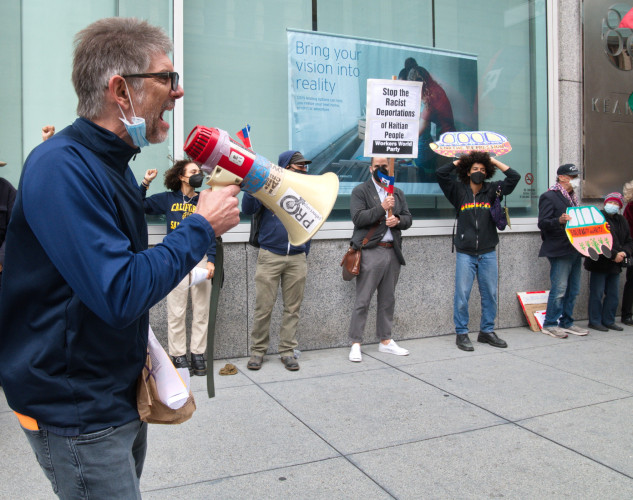 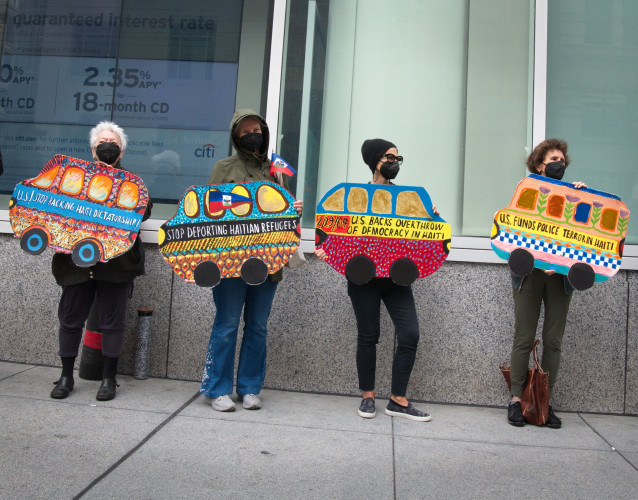 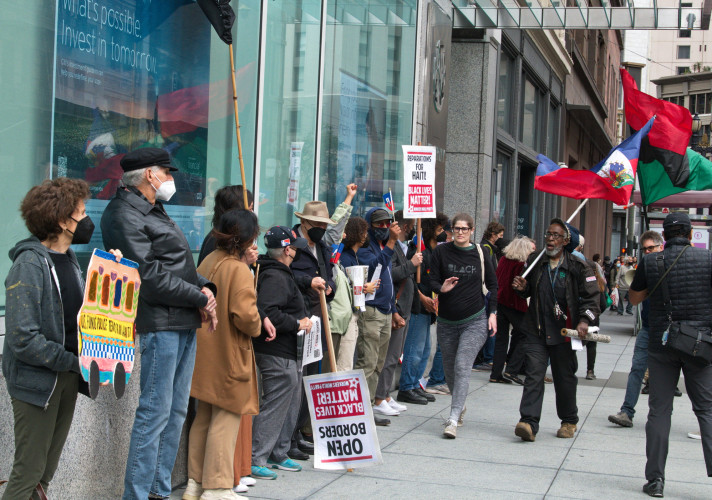 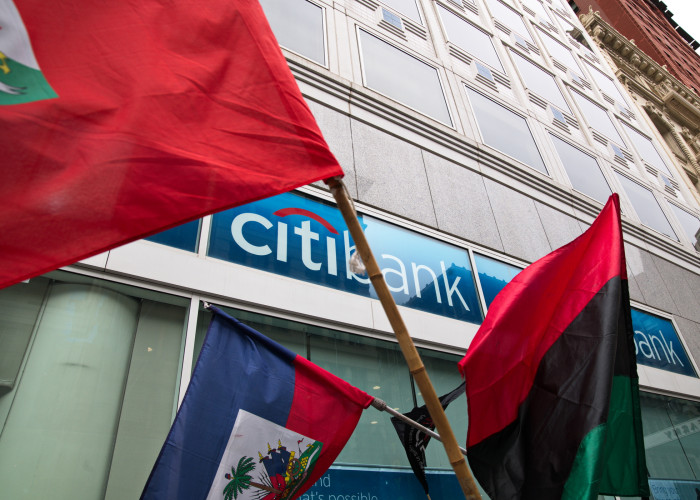 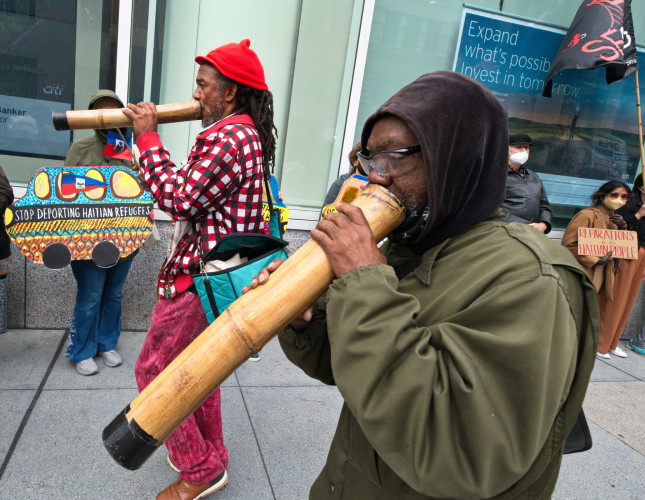 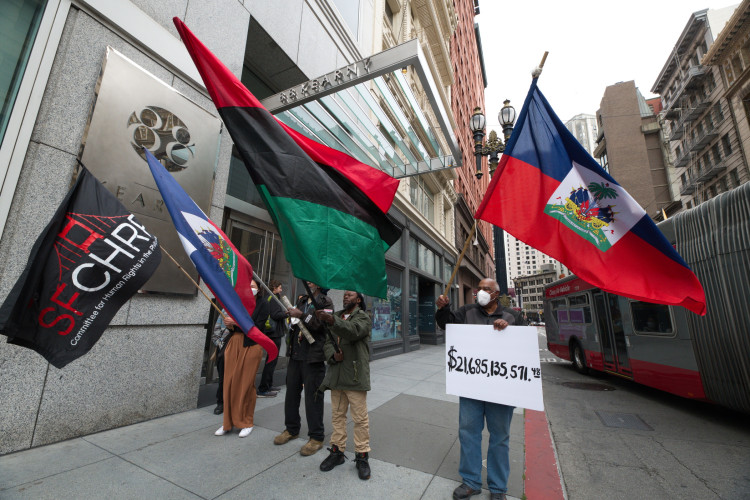 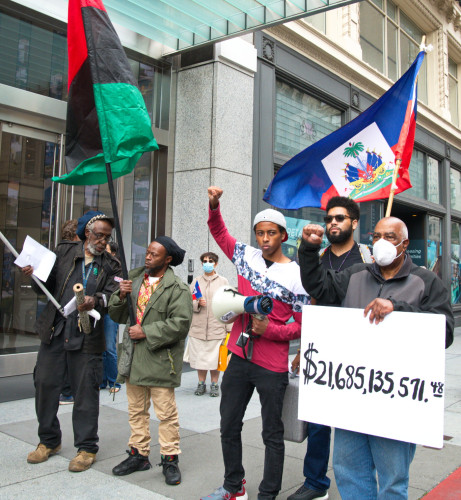 original image (1400x1518)
Add Your Comments
Support Independent Media
We are 100% volunteer and depend on your participation to sustain our efforts!