Add an Event
Newswire
Calendar
Features
Home
Donate
From the Open-Publishing Calendar
From the Open-Publishing Newswire
Indybay Feature
Related Categories: California | San Francisco | Labor & Workers
2022 CA Fed Meeting, Internationalism, Fascism & A Workers Party With LA Roofers Local 36
by Labor Video Project
Friday Jul 29th, 2022 11:11 AM
Cliff Smith, the business manager of Roofers Local 36 in Los Angeles was a delegate to the 2022 California AFL-CIO convention and raised issues about fascism and internationalism at the convention. The leadership opposed a resolution calling for the prosecution of people who participated in the insurrection and attempted coup on January 6, 2020. He also discussed the issue of the formation of a workers party. 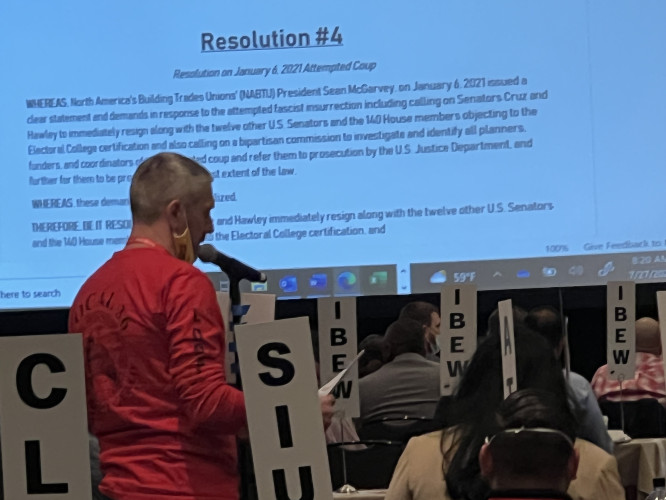 original image (4032x3024)
Cliff Smith, LA Roofers Local 36 business manager attended the 2022 California AFL-CIO convention as a delegate and his local raised issues about internationalism and the rise of fascism. He discusses the issues and the response of the leadership.

The Cal-Fed leadership opposed the resolutions his local submitted including one calling for the prosecution of people involved supporting and organizing the insurrection and attempted coup on January 6 at the US Capitol. He also discusses the role of the Democrats including Governor Gavin Newsom and the issue of a. workers party. Newsom has allowed Ca-OSHA to whither with less that 200 inspectors for California's 18 million workers in the middle of a pandemic. This issue of health and safety and the massive shortage of Cal-OSHA inspectors for California's workers did not come up at the convention and was not raised in any of the resolutions that were distributed to the delegates.

He also discussed the lack of democracy in the structure of the state federation where all the resolutions submitted to the convention were not distributed to all the delegates. 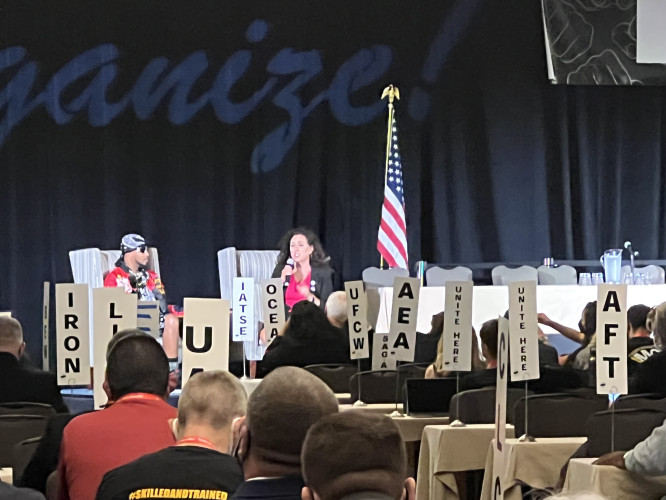 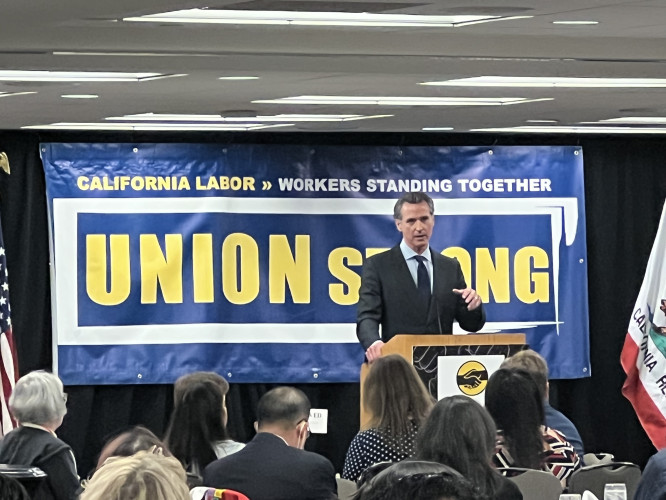 original image (4032x3024)
Democratic governor Gavin Newsom addressed the delegates and warning them about the Republicans. No resolution or debate took place about the failure of Cal-OSHA to protect California workers. There are less than 200 inspectors for California's 18 million workers.
https://youtu.be/1HCgzuqgGuM
§Delegates Not Provided With All Resolutions Submitted To Convention
by Labor Video Project
Friday Jul 29th, 2022 11:11 AM 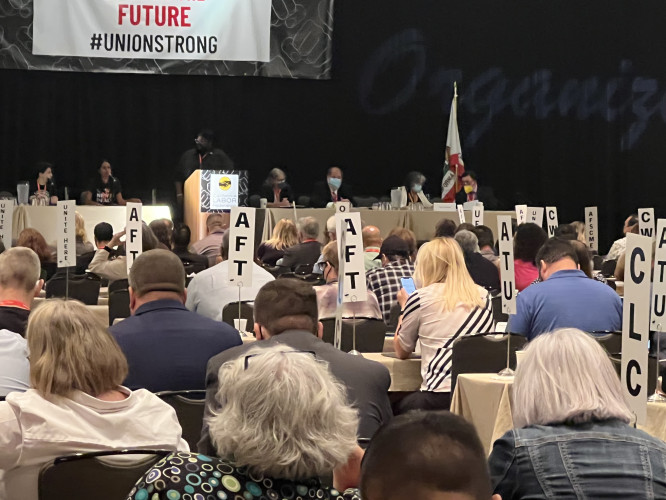 original image (4032x3024)
The leadership did not provide all the resolutions submitted to the convention to the delegates. Roofers Local 36 delegate Cliff Smith had to fight to get his resolution presented and voted on at the convention.
https://youtu.be/1HCgzuqgGuM
§Protest Against Amazon Healthcare Take-over
by Labor Video Project
Friday Jul 29th, 2022 11:11 AM 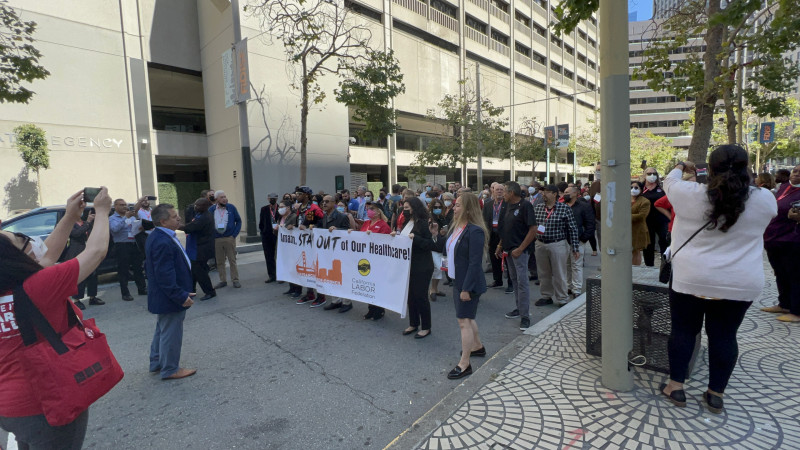 original image (3520x1980)
A protest was held against the Amazon take-over of healthcare companies but the convention had no resolutions for single payer and for public control of the healthcare system. Some union officials are the boards of private healthcare providers and play a role in allowing these companies to cut and curtail benefits to their own members. They also get compensation for these healthcare companies that service their members.
https://youtu.be/1HCgzuqgGuM
Add Your Comments
Support Independent Media
We are 100% volunteer and depend on your participation to sustain our efforts!