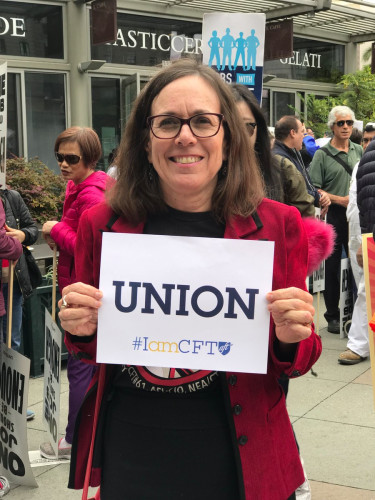 Past UESF President and AFT CFT delegate to the San Francisco Labor Council Susan Soloman has declared that
she is for covering up the Victor Arnautoff murals so "students don't have to look at it every day". She was for opening them up on special occasions. The cost to cover them over up is over $875,000 and the SFUSD which had a budget deficit according to FCMAT of $125 million has already spend large amount of school funds on lawyers to cover them up.
Additionally the SFUSD administration and it's lawyers are defending spending tens of thousands of dollars from the past bond money on lawyers to fight a court decision that they improperly voted to either destroy or cover up the George Washington High Victor Arnautoff murals.
This interview took place on 7/8/22 at the San Francisco City College AFT 2121 COPE meeting where candidates for the CCSF Board of Trustees were being interviewed. She was asked the question about the murals by AFT 2121 faculty member Rick Baum. Soloman is running as a candidate for the CCSF Board of Trustees.
Soloman also while she was president urged AFT 2121 not to take a position on protection of the murals which the
AFT 2121 union officials agreed to and thereby prevented a vote on whether AFT 2121 should support the protection of the historic WPA murals at George Washington High.

Alice Walker "They should leave the mural and explain the mural to the children”
https://youtu.be/iJdnAkQWWlM

Whereas, our Longshore Union and the union movement were built from the class struggles in the Great Depression, especially the Maritime and General Strike in 1934 in San Francisco; and

Whereas, unemployed artists of the Roosevelt’s Works Progress Administration (WPA) commemorated these working class struggles and the history of this country in murals around the Bay Area, and

Whereas, during the repressive McCarthy period when union leaders like Harry Bridges and WPA artists like Anton Refregier and Victor Arnautoff were targets of government repression because of their union and leftist political beliefs, and

Whereas, the ILWU defended Bridges and WPA artists with union convention resolutions, picket lines, even threatening strike action in 1948 in the fight against the anti-labor Taft-Hartley Act, and

Whereas, today Brother Arnautoff’s mural at George Washington High School in San Francisco has become a national controversy because his critical portrayal of Washington as a slaveholder and Indian slayer has been misinterpreted by San Francisco School Board officials as being “insensitive” to students of color; and

Whereas, hundreds of university professors like African American muralist , Dewey Crumpler who painted a response mural next to Arnautoff’s Washington High School murals have signed a petition supporting the historic Arnautoff murals; and

Whereas, these WPA murals show the true history of working class struggles, while San Francisco School Board officials are closing schools in poor and minority neighborhoods because they claim budgetary problems, seek to whitewash our true history by painting over or destroying these Arnautoff murals at a cost of some $875,000, and

Whereas, The Dispatcher (November 2017) ran an article highlighting the Arnautoff murals, pointing out that he was a colleague of the famous Mexican artist Diego Rivera and his son’s Vas and Jake were ILWU Local 10 and Local 19 members;

Therefore Be It Resolved that ILWU’s International Executive Board proudly defends freedom of expression as we have historically, and calls on the labor movement to demand “Hands off the Victor Arnautoff WPA murals.” 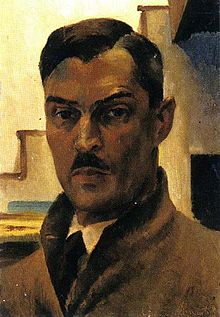 Victor Arnautoff, the world famous muralist trained by Diego Rivera was targeted by J. Edgar Hoover and now his murals continue to be targeted by some labor officials in San Francisco.
https://youtu.be/_0OIsIMK6Q4
§Arnaoutoff'
by Labor Video Project
Saturday Jul 23rd, 2022 10:51 AM 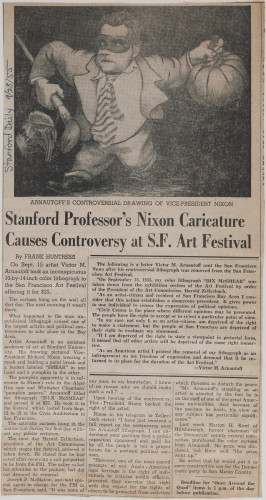 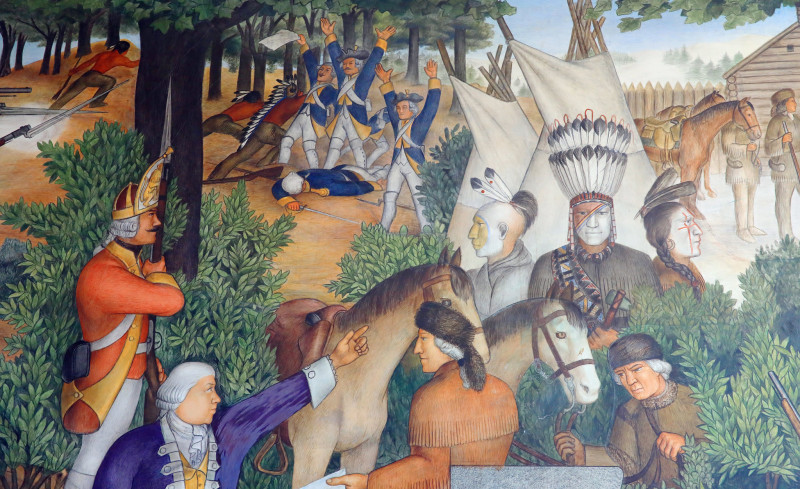 original image (2048x1252)
The Victor Arnautoff murals carefully showed the history of the attacks on Native Americans and Blacks. This history would be erased if those who wanted to destroy the murals are successful.
https://youtu.be/_0OIsIMK6Q4
§George Washington As Surveyor Of Land Seized From Native Americans
by Labor Video Project
Saturday Jul 23rd, 2022 10:51 AM 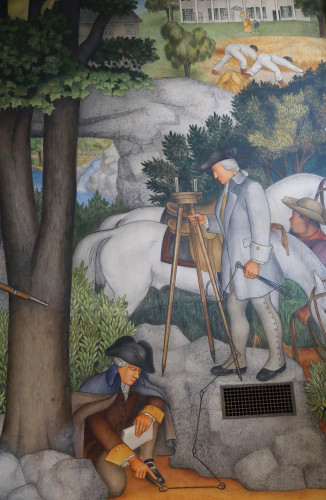 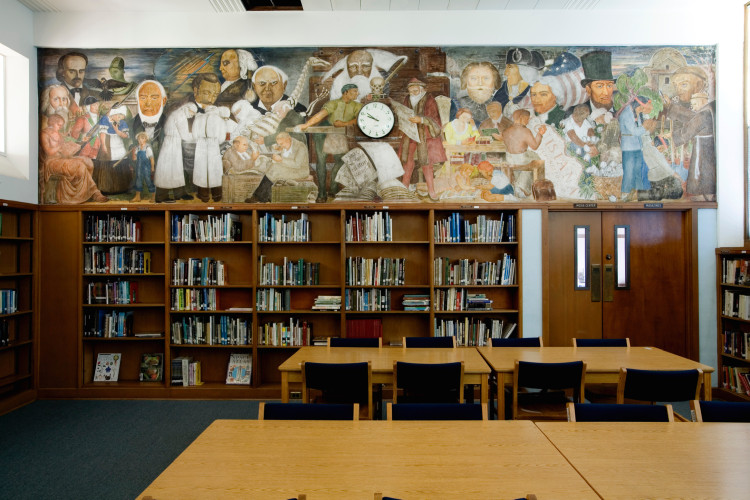 original image (2172x1448)
The destruction and covering up of all of muralist Victor Arnautoff's mural in the George Washington High library. The destruction of this mural in the library apparently is supported by former UESF president Susan Soloman who also represents the AFT California Federation of Teachers on the San Francisco Labor Council.
https://youtu.be/_0OIsIMK6Q4
Add Your Comments
Support Independent Media
We are 100% volunteer and depend on your participation to sustain our efforts!