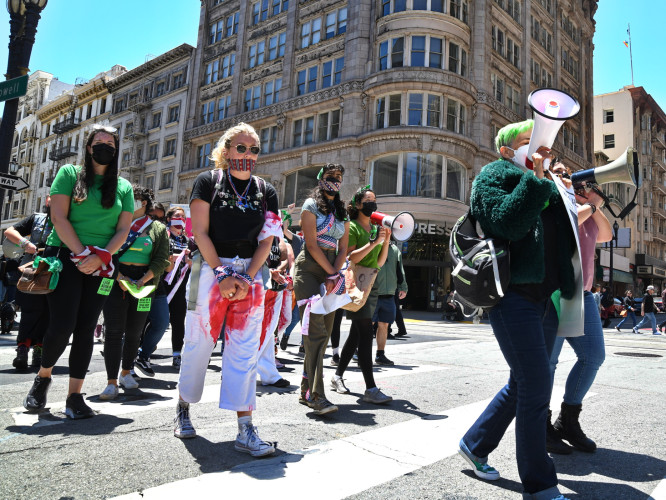 As the American flag is losing its status as the symbol of a free people, it was shown as ropes to bind womens's wrists and gag their mouths in a Sunday protest in San Francisco's Union Square.

After a rally in the square's center where photos of women who died from attempted self abortions were shown, the bound, gagged, and some with "bloody" pants protesters marched down Powell Street to the cable car turntable and held another rally. The many tourists were receptive as green stickers bearing the slogans "Legal Abortions Nationwide" and "Rise Up for Abortion Rights" were distributed.

As four policemen, relaxing against their car watched, a lone forced-birther argued.

The protest was organized by "Rise Up 4 Abortion Rights" which has been in the forfront of the many recent protests and will likely organize many more. 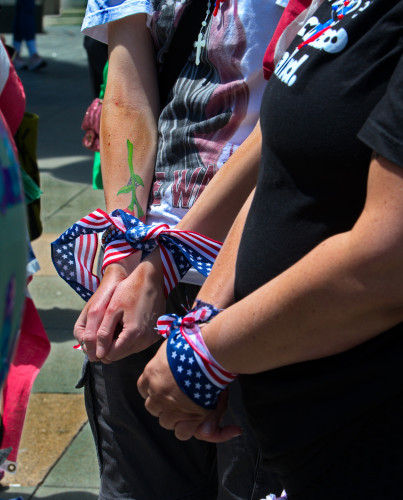 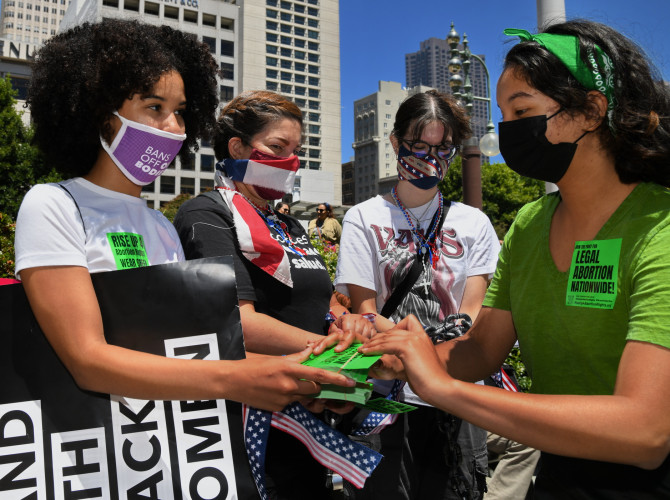 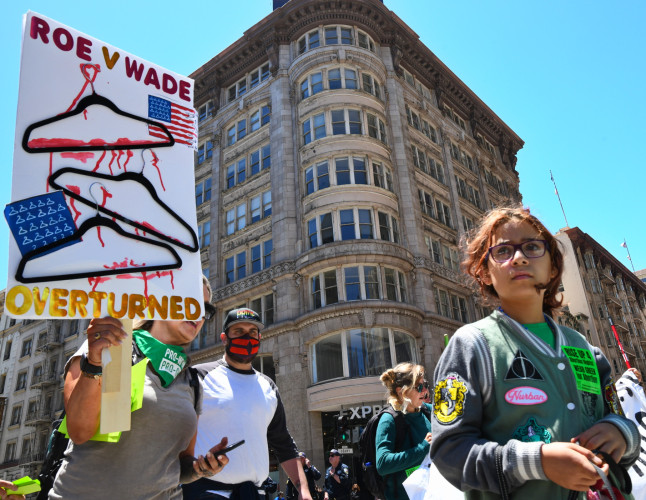 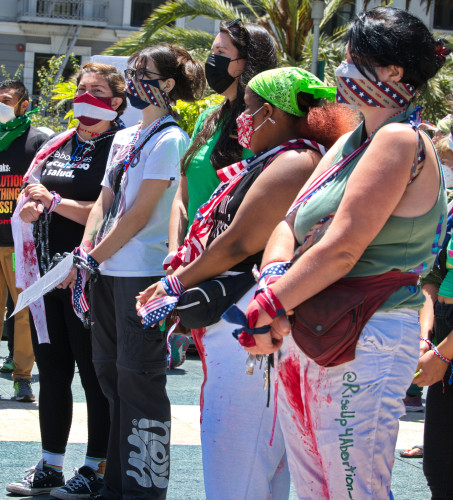 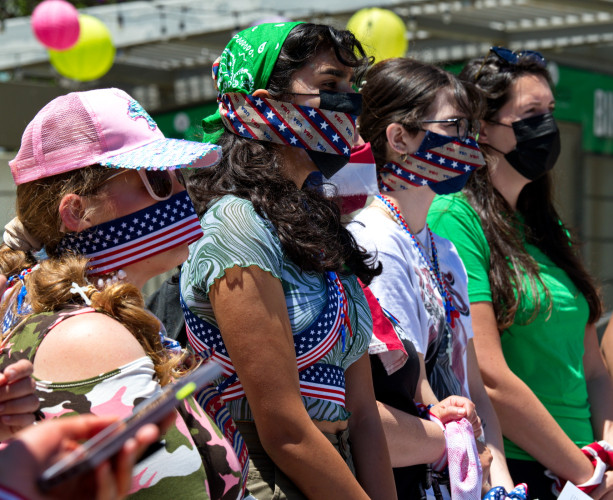 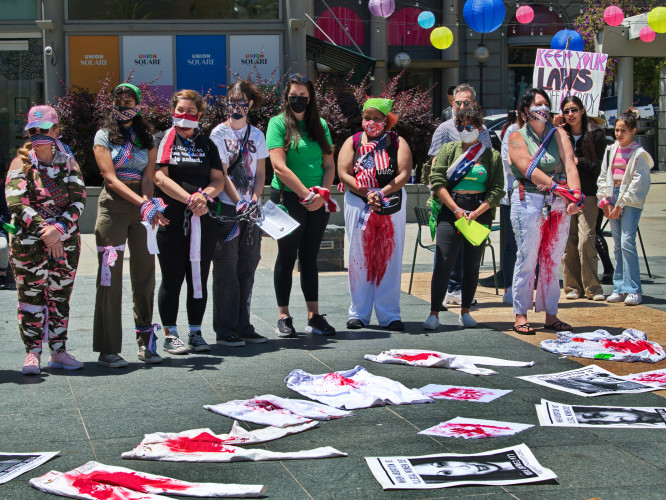 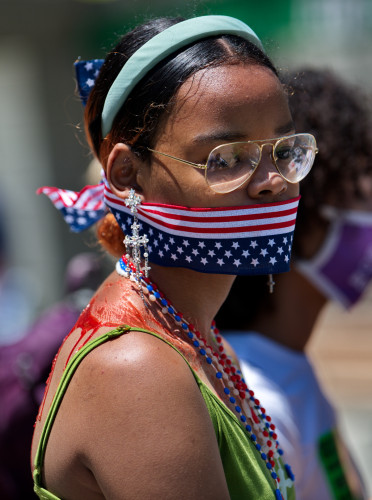 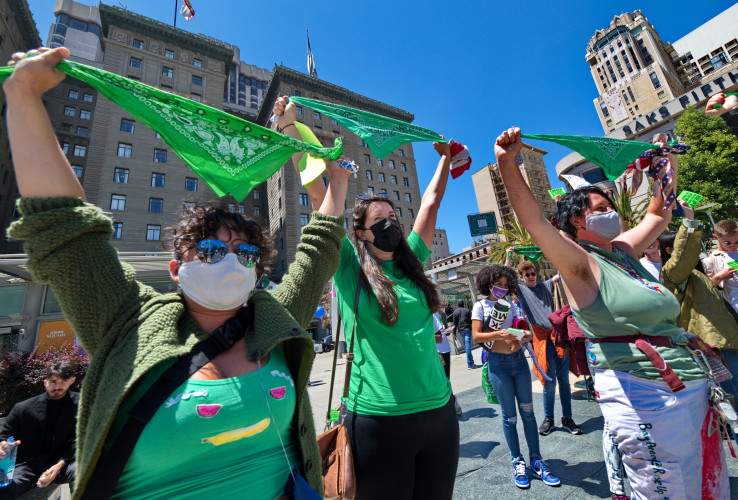 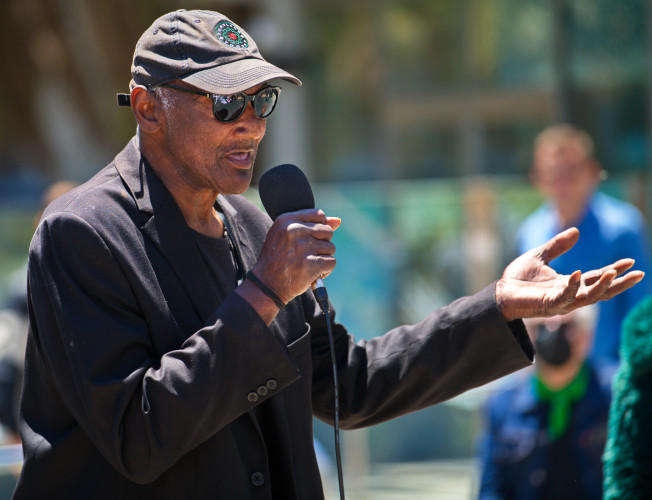 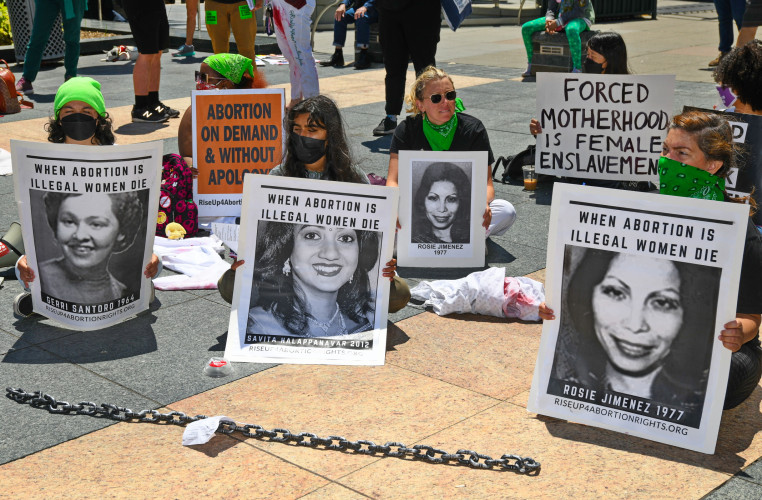 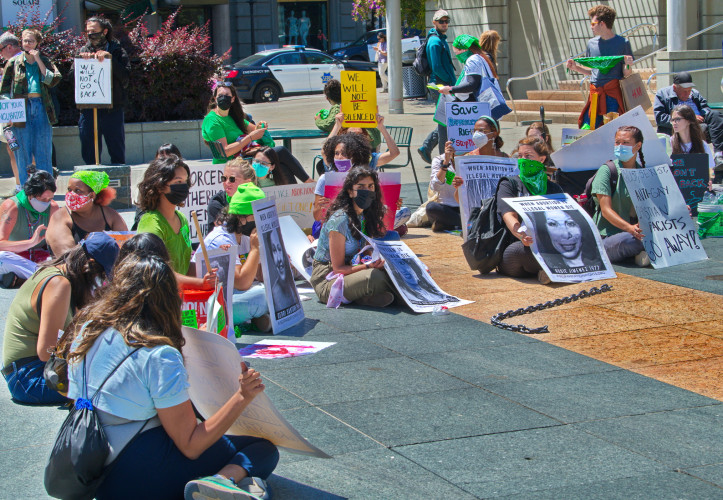 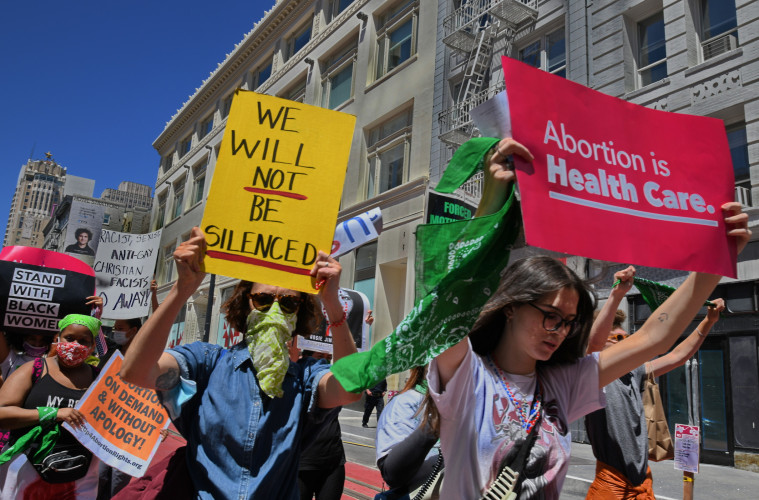 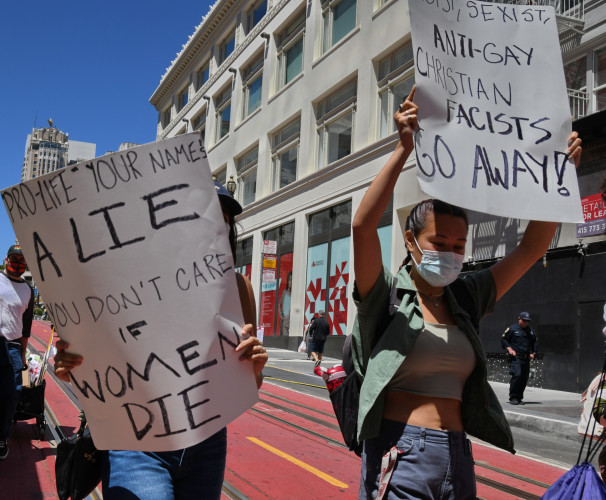 original image (1400x1792)
Add Your Comments
Support Independent Media
We are 100% volunteer and depend on your participation to sustain our efforts!