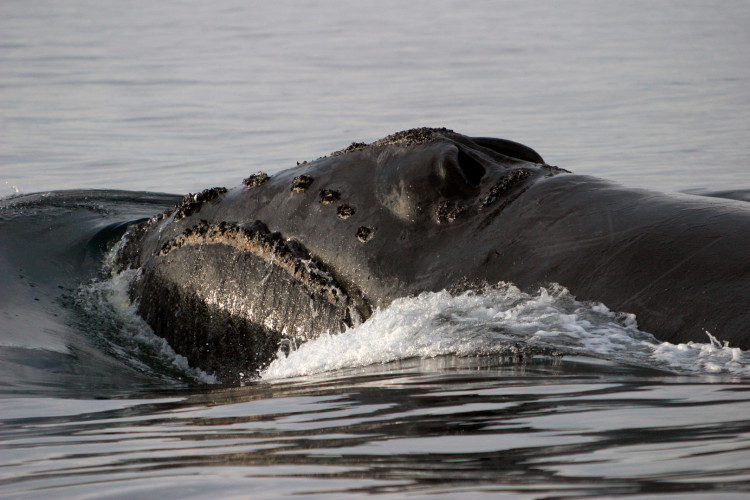 original image (1616x1077)
The decision came in response to a petition filed in March by two groups, the Center for Biological Diversity and Save the North Pacific Right Whale, urging the federal government to revise the critical habitat designation for North Pacific right whales under the Endangered Species Act.

The eastern North Pacific right whale population ranges from the Bering Sea to Baja California and is down to only about 30 individuals. With few reproducing females, it is at extreme risk of imminent extinction.

“We applaud NOAA Fisheries’ initial finding as a hopeful first step,” said Kevin Campion, a boat captain and founder of Save the North Pacific Right Whale. “We also applaud the agency’s survey efforts that expanded our knowledge of how North Pacific right whales are using the Bering Sea and Gulf of Alaska. These whales are in the state they are because of human activity. Taking steps to see that we cause them no more harm is the right thing to do.”

Since that time, new surveys and research have confirmed two key habitats essential for this right whale population’s survival — a migratory corridor through the Fox Islands in the Aleutian chain, including Unimak Pass, and feeding grounds near Kodiak Island. The review will determine if these areas will be designated critical habitat under the Endangered Species Act and connect the two existing units.

Acoustic surveys verified that right whales use Unimak Pass during and outside the assumed migratory season. This follows another important discovery scientists made in an earlier acoustical analysis: North Pacific right whales put calls into distinguishable, consistent songs — making them the first right whales ever known to sing.

The Fisheries Service must now make a final decision on the petition within one year. 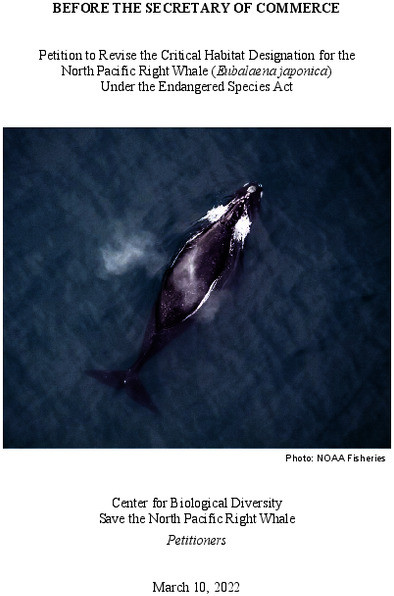 Download PDF (1.0MB)
https://biologicaldiversity.org/
Add Your Comments
Support Independent Media
We are 100% volunteer and depend on your participation to sustain our efforts!