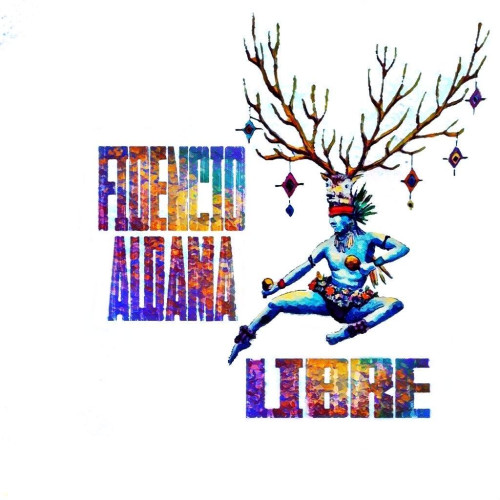 original image (1024x1024)
I am someone who doesn’t attack, but defends what has been left to us by our ancestors.

It was instilled in me to fight for our roots, for our customs and traditions, so that the Yaqui nation doesn’t disappear.

I took an oath when I was appointed guardian of the Yaqui tribe, to watch over the people and to lend my service under any circumstance. I committed to fulfill that obligation with loyalty.

I lived in Loma de Guamúchil for 20 years, always offering my service to the community, carrying on our customs and traditions, being a quiet, respectful, loving, kind person, always willing to serve.

I moved to Loma de Bácum when I got married. There I continued offering my support to the community, serving as part of the traditional guard, responding to emergencies such as taking people to their hospital visits -pregnant women for example -or helping out in whatever type of medical emergency. I have also served in other ways, such as in the traditional festivities.

As a guardian of the Yaqui tribe, I’ve always done my best to do the right thing, watching over the community, surveilling the limits of the town for problems of animal theft or the entrance of unknown people into the territory. In the case that these people disobey, they are presented in front of the traditional authorities.

The Yaqui Tribe has its internal laws in which outsiders cannot intervene. State and Federal forces do not have jurisdiction in our community.

Before October 21, 2016, there had been consultations with the Yaqui community of Loma de Bácum about the construction of a gas pipeline. Various meetings had been organized.

The eight towns of the Yaqui tribe got together in the town of Loma de Bácum, and there some agreements were reached.

The people affiliated with gas pipeline saw that the eight towns were organizing and that the tribe was gaining strength. For that reason, they decided to bribe and divide the people, paying people off, even seeking to impose authorities who would accept the gas pipeline in Yaqui territory. However, the people of Loma de Bácum were not convinced. Upon not acquiring the totality of signatures from the eight Yaqui towns, those affiliated with the gas pipeline decided to launch an attack on Loma de Bácum.

Yet, Loma de Bácum had already taken up action in the matter, initiating a legal process against the pipeline. The company, IEnova, continued to disobey and disrespect the people of Loma de Bácum, wanting to push the gas pipeline through Yaqui territory at any cost. However, these different anomalies and violations resulted in a legal victory for Loma de Bácum, halting the construction of the pipeline to this day.

On that day something unforgettable happen, the struggle for Yaqui territory. Yet something terrible also happened, the loss of a loved one from the town of Loma de Bácum, a young person named Cruz Buitimea Piña who belonged to the group that attacked the community that day.

They accused me of killing him. I was detained and taken to prison in the CERESO of Ciudad Obregon.

There are many irregularities and anomalies in the case file. For example, the weapon that I was carrying that day as part of the traditional guard was a .45 and the bullet that killed Cruz Buitimea Piña was from a .22. Despite that clear difference, the judge did not take this evidence as valid, convicting me of murder. Yet, the opposite is true. I am INNOCENT.

I continue being on good behavior, obeying the rules of this prison. I play sports like soccer, and I maintain myself by making wooden frames. I am also studying. I was given the opportunity to finish my high school diploma, so I am trying to make good use of my time.

I send my greetings to all the people who have supported me during all this time that has passed, five years now going on six.

I also want to tell all those who fight for their territories to never surrender.

Thank you, I send you my best regards.
https://fidencioaldama.org/en/
§
by Fidencio Aldama Solidarity Group
Monday Jul 11th, 2022 9:31 PM
Listen now:
Copy the code below to embed this audio into a web page:
Download Audio (15.3MB) | Embed Audio
https://fidencioaldama.org/en/
Add Your Comments
Support Independent Media
We are 100% volunteer and depend on your participation to sustain our efforts!