Add an Event
Newswire
Calendar
Features
Home
Donate
From the Open-Publishing Calendar
From the Open-Publishing Newswire
Indybay Feature
Related Categories: California | Education & Student Activism
Juneteenth is an official paid holiday in California’s largest City
by Khubaka, Michael Harris
Monday Jul 11th, 2022 4:34 AM
With the concurrence of the Los Angeles City Council by resolution, Juneteenth shall be treated as a legal holiday for City employees, and I hereby request that the City Administrative Officer take immediate steps to implement Juneteenth as a permanent legal holiday for City employees, to be observed annually on June 19th. 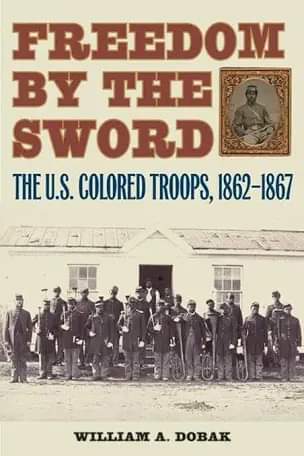 WHEREAS, on June 19, 1865, more than two years after President Lincoln signed the
Emancipation Proclamation, enslaved African Americans in Galveston, Texas finally received the news that they were free from bondage; and

WHEREAS, “Juneteenth,” a combination of the words “June” and “nineteenth,” is a celebration of the end of slavery in the United States; and

WHEREAS, recognition of Juneteenth serves to combat the erasure of the history of slavery and heritage of Black Americans; and

WHEREAS, on June 18, 2021, President Joseph R. Biden declared Juneteenth a federal holiday; and

WHEREAS, all fifty states currently commemorate, recognize, or observe Juneteenth as a significant day in our nation’s history; and

WHEREAS, Juneteenth further provides an opportunity to recognize, center and celebrate those who suffered and fought against the institution of slavery, and who have continued to fight for equity in the United States since that day; and

WHEREAS, the City recognizes that nearly half a million Black Americans call Los Angeles home and deeply value Black Angelenos’ contributions to our diverse community; and

WHEREAS, the City of Los Angeles is proud to join our nation in confronting, challenging, and eradicating systemic racism under the guiding principle that all individuals are created equal, and observing Juneteenth bolsters the City’s commitment to racial justice while creating an opportunity for reflection and transformation.

NOW, THEREFORE, I, Mayor of the City of Los Angeles, do hereby proclaim June 19, 2022 as Juneteenth in the City of Los Angeles, and call upon all Angelenos to observe the anniversary of the emancipation of Black Americans from slavery, to celebrate with honor the cultural and historical contributions of Black Americans to this country, and to collectively commit to confront and eradicate the structural and systemic racism and deep inequalities that are rooted in beliefs in white supremacy that have no place in our country.

IT IS FURTHER PROCLAIMED, that pursuant to Los Angeles Administrative Code (“LAAC”) Section 4.119(a)(13), with the concurrence of the Los Angeles City Council by resolution, Juneteenth shall be treated as a legal holiday for City employees, and I hereby request that the City Administrative Officer take immediate steps to implement Juneteenth as a permanent legal holiday for City employees, to be observed annually on June 19th pursuant to LAAC Section 4.119(a)(13), unless June 19th falls on a Sunday or Saturday, in which case, it shall be observed in accordance with LAAC Sections 4.119(b) or 4.119(c) respectively.

IN WITNESS WHEREOF, I have hereunto set my hand and caused the seal of the City of Los Angeles to be affixed this 6th the day of June, 2022.