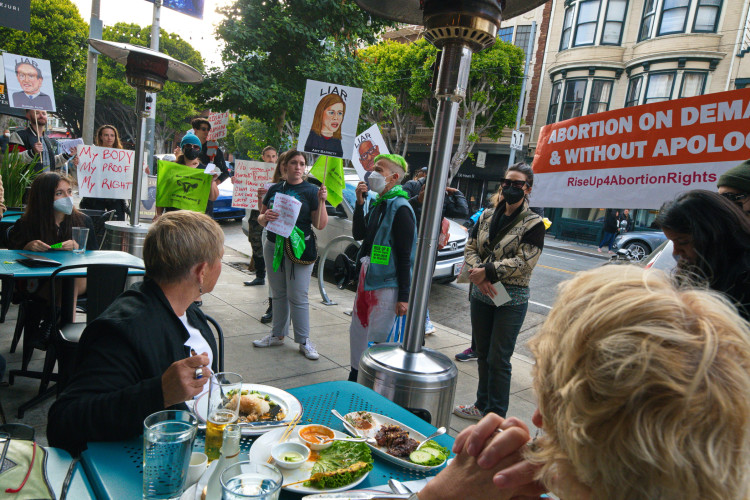 In a hastily called protest for abortion rights, about twenty people assembled at Fell and Octavia Streets, a few blocks from San Francisco's City Hall. Police on dirt bikes and in a discreetely parked SUV watched from a couple of blocks away. The police lady came over and told us they were there to help and wanted to make sure everybody would be safe. She asked who the "point person" was and if we were planning to get arrested, in which case they would oblige. We didn't know. She was polite and in all fairness, they do have a interest in public order. As the action proceeded, the dirt bikers kept up, sort of.

The demonstration marched up and down Hayes Street with its boutiques and restaurants. They handed out leaflets and loudly told the diners of the disasters being wrought by a fascist supreme court, that merely expressing opposition was not enough. That if they wanted to protect their daughters, wives, mothers, and sisters they needed to take to the streets, starting with the fourth of July demonstration at the Embarcadero. The reception was excellent, the diners applauded and cheered.

The marchers then lined up on Fell street and many motorists honked their approval. A reporter from a European press agency took pictures. The small action had a significant effect.

See you at the Embarcdero at 5 PM on the Fourth. 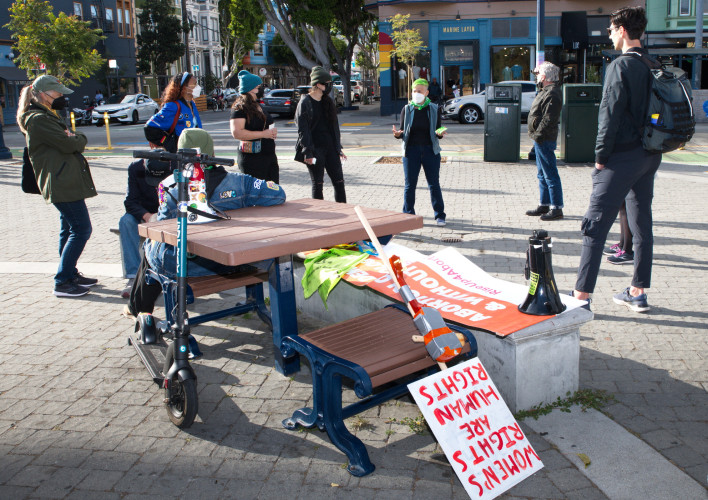 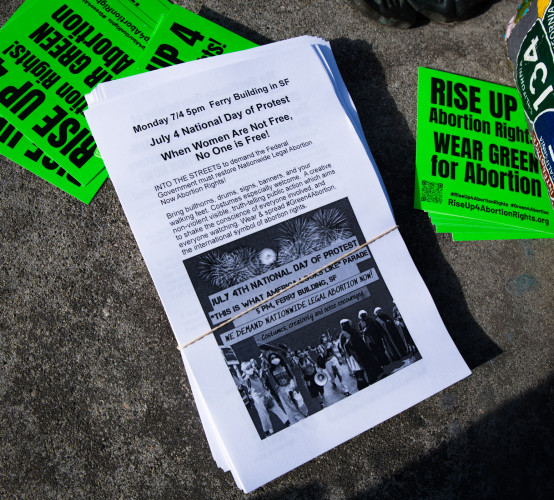 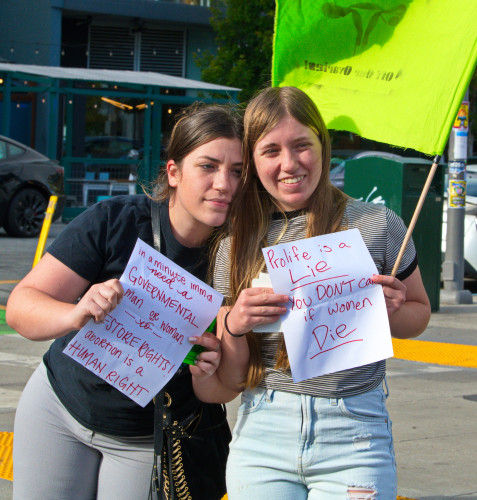 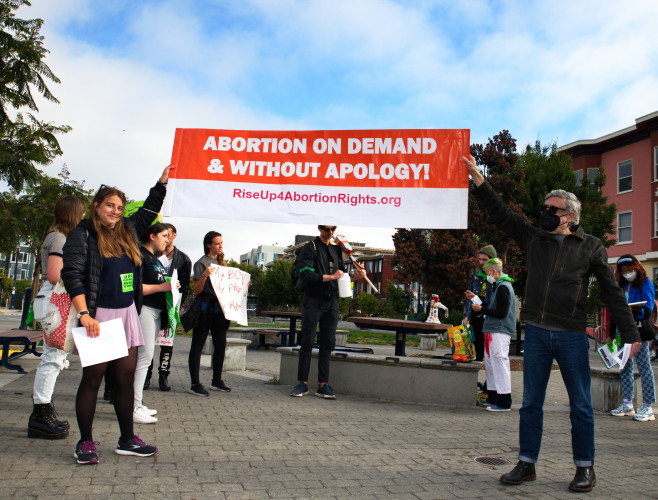 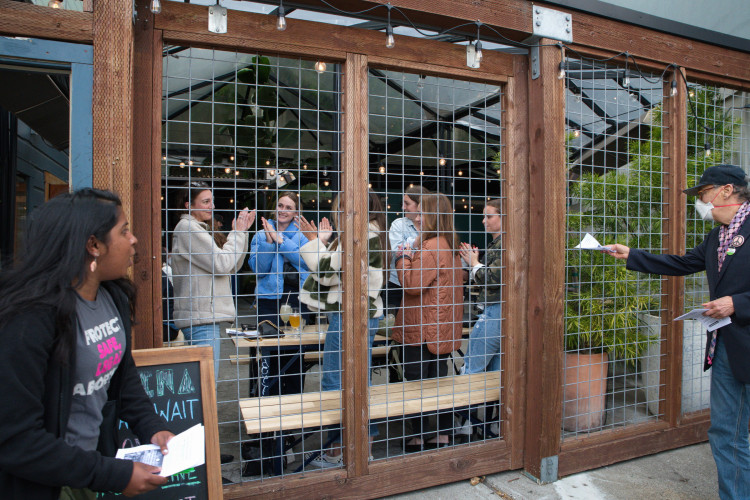 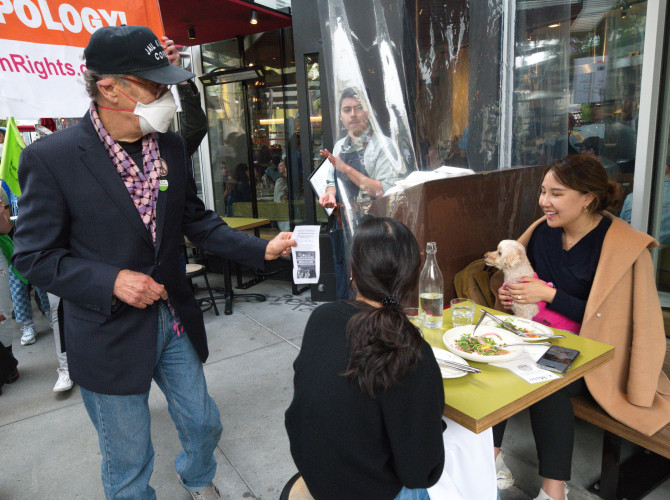 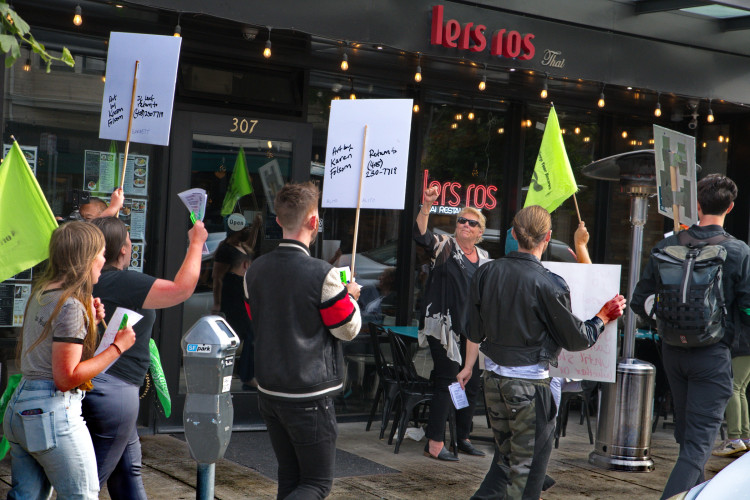 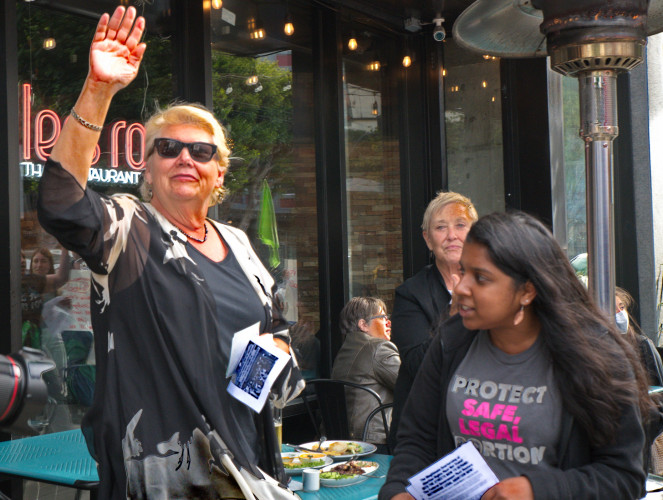 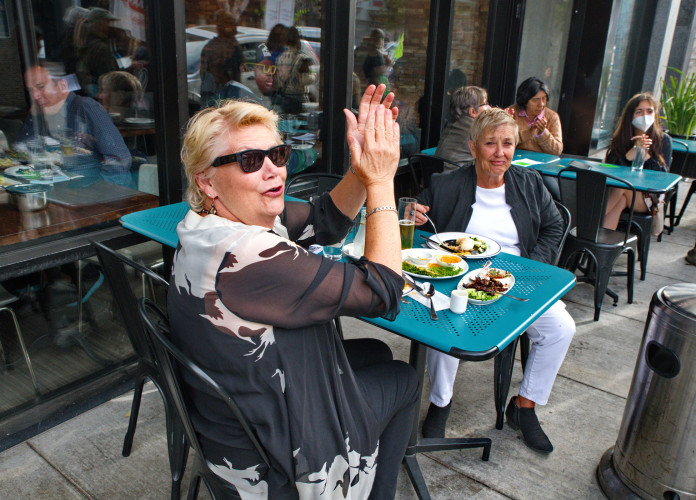 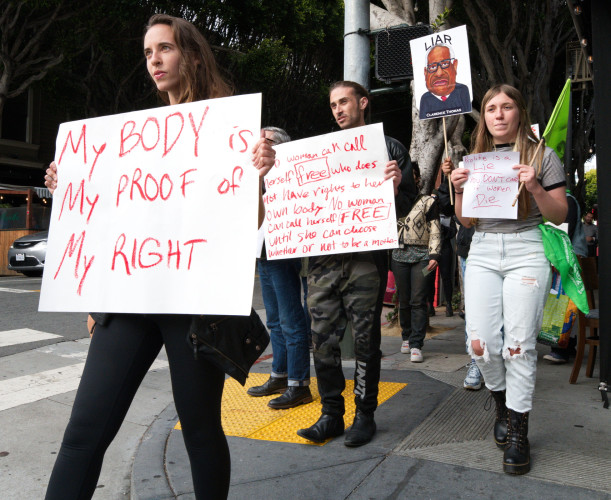 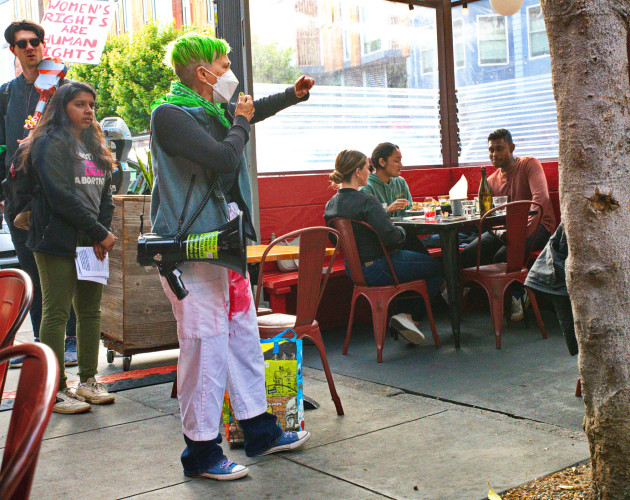 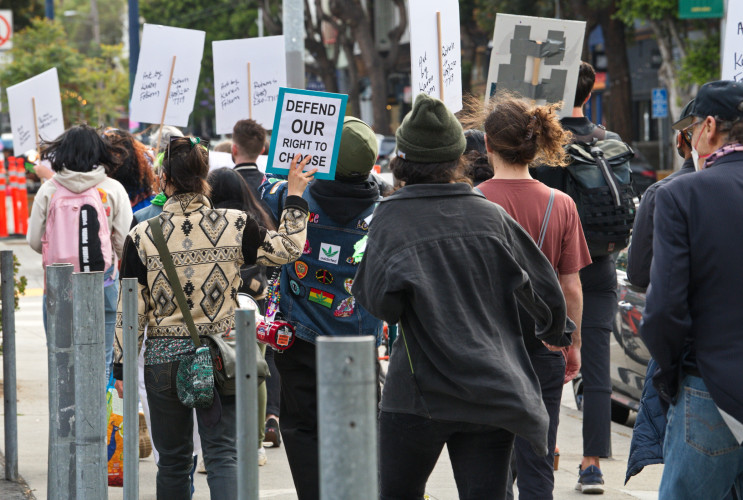 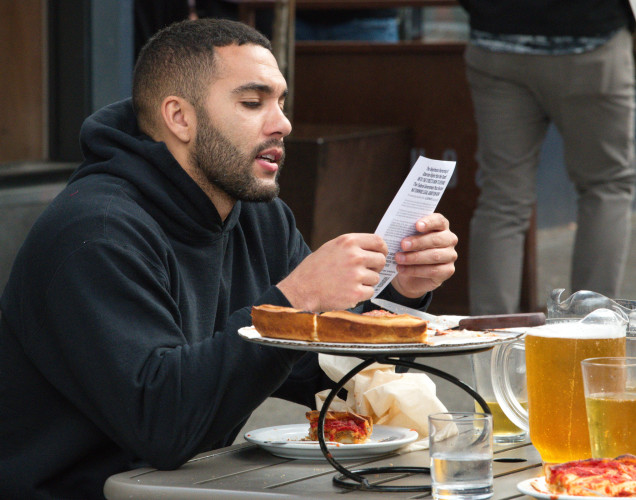 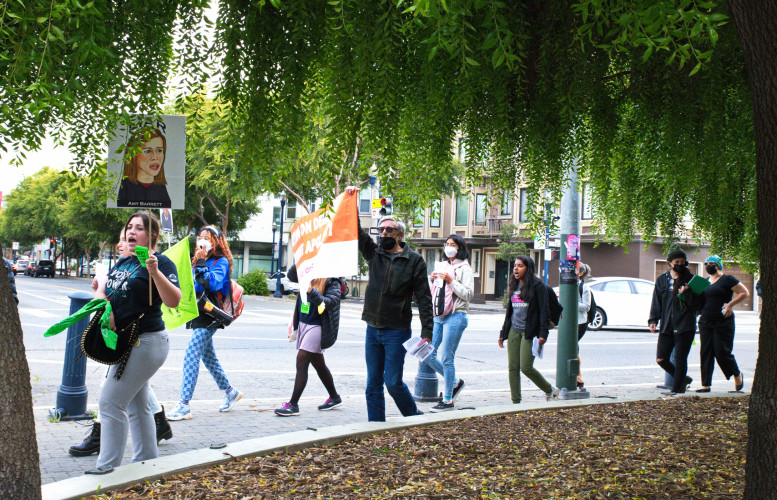 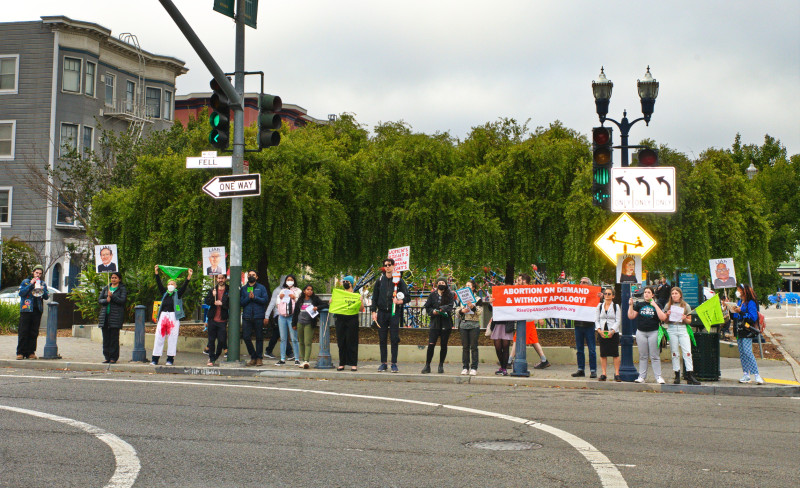 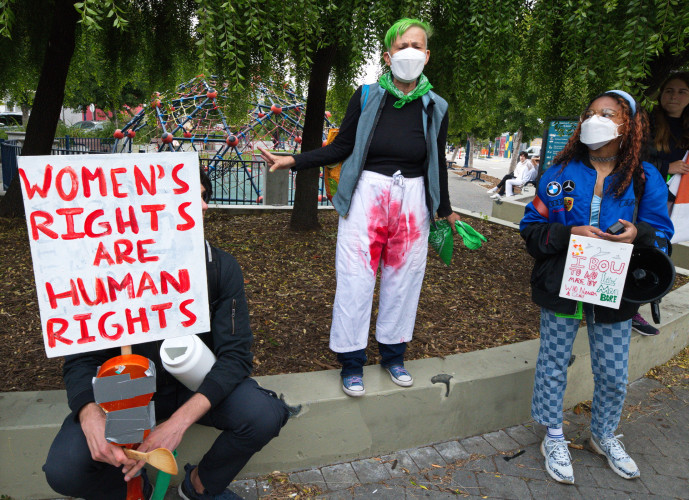 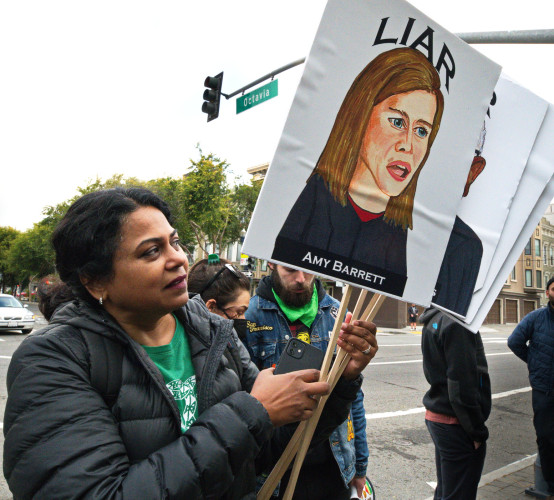 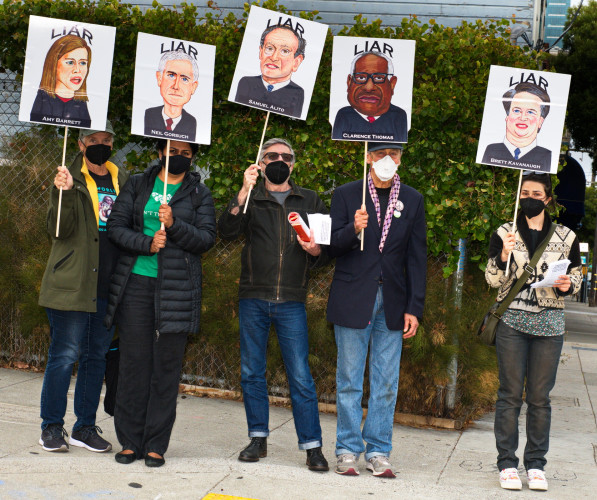 original image (1672x1400)
Add Your Comments
Support Independent Media
We are 100% volunteer and depend on your participation to sustain our efforts!