Add an Event
Newswire
Calendar
Features
Home
Donate
From the Open-Publishing Calendar
From the Open-Publishing Newswire
Indybay Feature
Related Categories: East Bay | Education & Student Activism | Racial Justice
SLAP At Parker Elementary School Fighting Closures Of Schools & Privatization Oakland Port
by Labor Video Project
Monday Jun 27th, 2022 5:56 PM
The Schools and Labor Against Privatization held a BBQ to build solidarity against the closure of Parker Elementary and 10 other Oakland public schools in working class Black and Brown communities. It was also against the privatization of Howard Terminal at the Port of Oakland for a sale to billionaire GAP A's owner John Fisher. 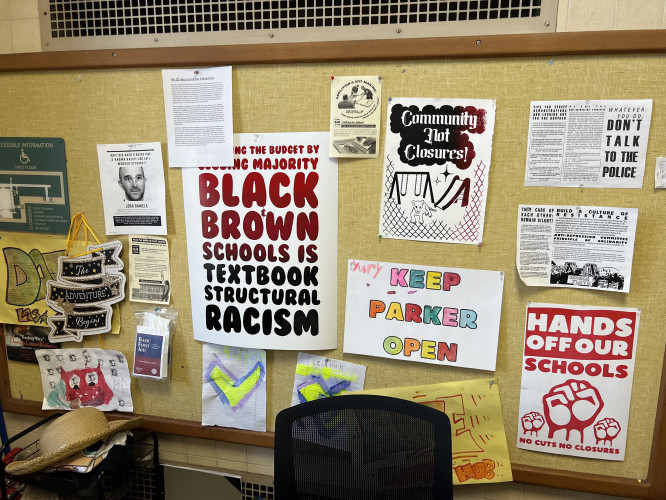 original image (4032x3024)
Schools and Labor Against Privatization held a BBQ and speakers talked about the struggle to keep Oakland schools open and against the privatization of the Port of Oakland for GAP A's billionaire owner John Fisher. They pointed toward a national independent working class movement against
privatization and racism with independent working class candidates.
The event took place on June 25, 2022 at the Parker Elementary school which has been occupied by parents, teachers and students and turned into a liberation school. Speakers from the rank and file of the ILWU Local 10, OEA, SEIU 1021,CWA and a parent involved in the occupation
of Parker also spoke. 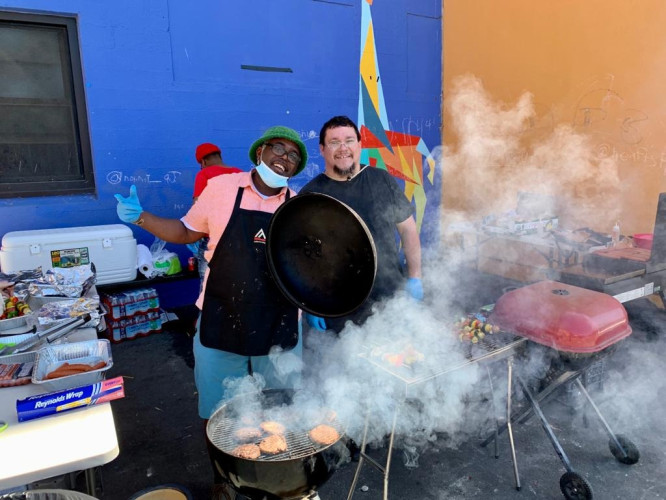 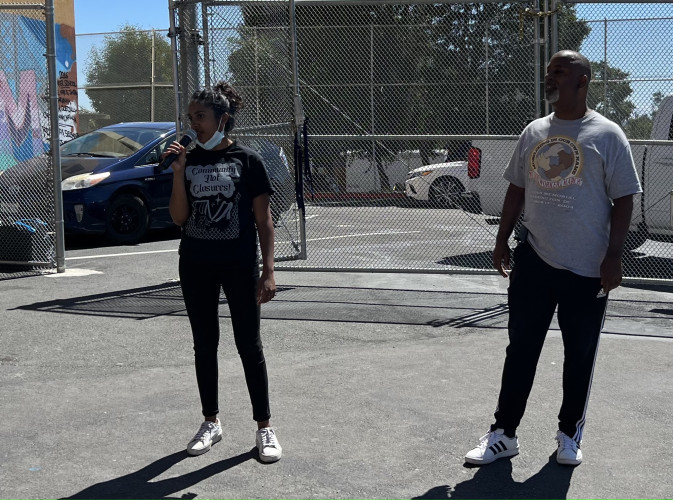 original image (2034x1509)
Speakers talked about what SLAP is and why there needs to be an independent working class movement.
https://youtu.be/j9xUIf3s6Kc
Add Your Comments
Support Independent Media
We are 100% volunteer and depend on your participation to sustain our efforts!