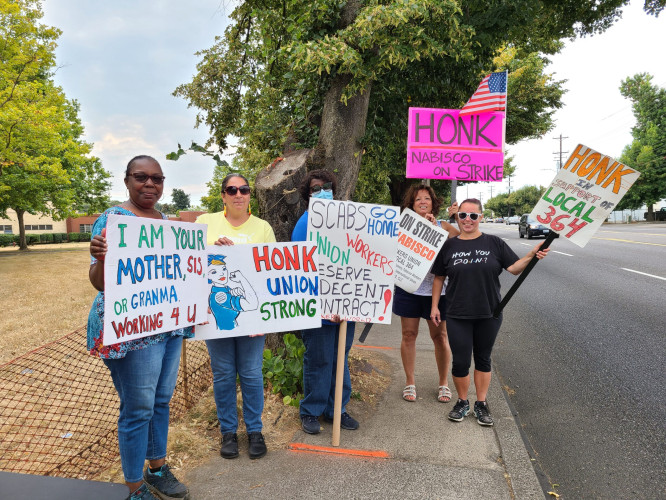 WorkWeek covers the fight to stop the closure of Parker Elementary School in East Oakland working class Black community. A parent, teacher and student speak out about the systemic racism and attacks on public education.

Next WorkWeek covers the role of Zachery Wasserman who is chair of the San Francisco Bay Conservation Commission and has been a land development lawyer for GAP & A's billionaire owner John Fisher who wants to privatize the Port Of Oakland for an A's stadium. Also the Democratic politicians want to provide $850 million in tax funds for the infrastructure of the stadium development project which includes 3,000 luxury condos and hotels in West Oakland.

Last WorkWeek hears from two Black workers, Donna Joo Marks of with Bakery Workers Local 364 at Nabisco in Portland and Keevonna Neely with CWA Local 1133 at Mercy Hospital in Buffalo New York who went on strike to defend their rights and living conditions. They spoke at the Labor Notes Conference in Chicago.

WorkWeek also looks at the AFL-CIO Solidariity Center which is funded by the US backed National Endowment For Democracy NED with $75 million. We hear a report from Retired UAW 909 president Frank Hammer about how it is expanding it’s role in Mexico with the support of Labor Notes.

Also Frank Hammer also talks about the cover-up of the murder of a Mexico City Ford worker by the CIA and AFL-CIO in 1980 and the role today of the AFL-CIO in Mexico and Labor Notes.

Next WorkWeek looks at the growing support for Palestinians and Palestinian workers. We hear from CUNA professor and AFT PSC member Carol Lang. She points out that most workers don’t know is that the AFL-CIO has been in a long term partnership with the Israeli trade union federation Histadrut despite it's history of supporting the apartheid regime in South Africa and a the regime in Israel that subjugates Palestinian workers and people. Lang reports that Liz Shuler, the president of the AFL-CIO ordered the San Francisco Labor Council not to even discuss the boycott and sanctions against Israel. These reports on the AFL-CIO's Solidarity Center and NED were made at a national conference in Philadelphia on June 11, 2022 that was held alongside the AFL-CIO convention. 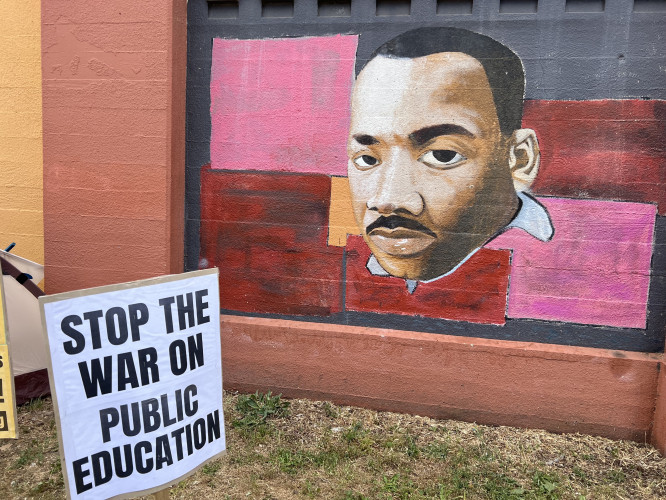 original image (4032x3024)
The closure of 11 Oakland public schools in the working class Black and Brown community is being challenged by the occupation of the Parker elementary school and it being turned into a liberation school.
https://soundcloud.com/workweek-radio/ww-6...
§Mexico Silao GM Workers Organized Independent Union
by WorkWeek
Wednesday Jun 22nd, 2022 11:45 AM 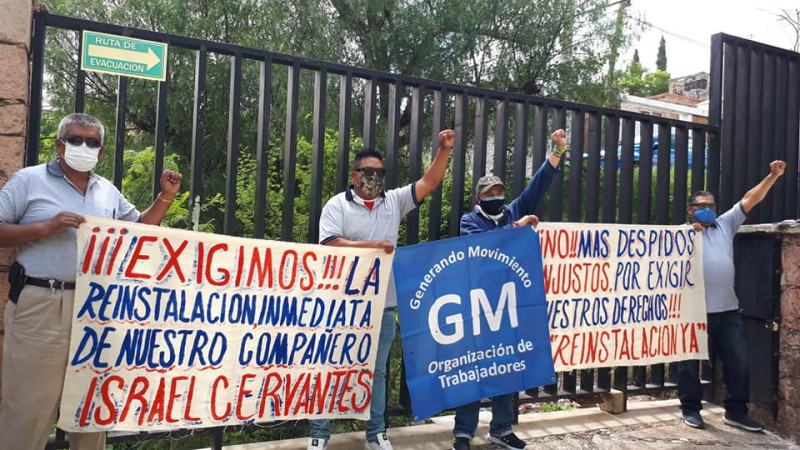 original image (960x540)
WorkWeek covers Frank Hammer's report on the Mexico GM workers struggle and the role of the AFL-CIO with the CIA in attacking the Mexico City Ford plant and the murder of a Ford worker.
https://soundcloud.com/workweek-radio/ww-6...
§AFL-CIO Collaboration With The CIA and AID Is Still Covered Up
by WorkWeek
Wednesday Jun 22nd, 2022 11:45 AM 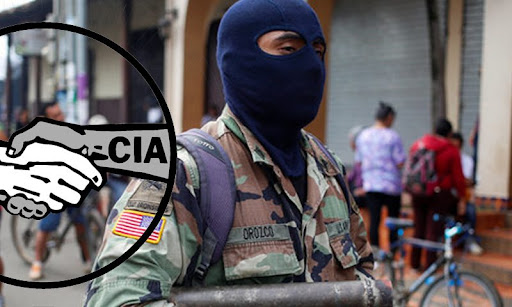 The AFL-CIO has a long bloody history of collaboration with the CIA in Chile, Guatemala, Venezuela, Haiti, South Africa and many other countries around the world.
https://soundcloud.com/workweek-radio/ww-6...
§San Quintin Farmworkers Children In Mexico Fighting For Public Education
by WorkWeek
Wednesday Jun 22nd, 2022 11:45 AM 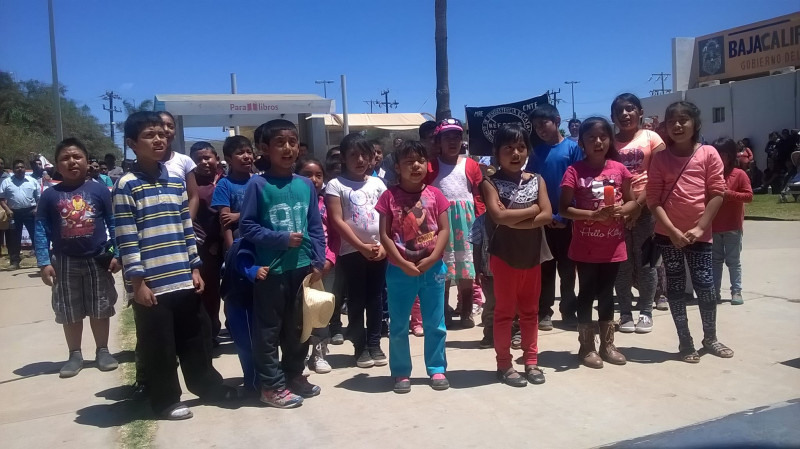 original image (2048x1150)
Under the USMCS which was supported by the AFL-CIO the take-over of the Mexican economy by Driscolls, Union Pacific and AT&T has been codified. These children were demanding public education where 70,000 farmworkers and their children toil for subcontractors controlled by US based Driscolls company. The slave labor conditions are ignored by the AFL-CIO leadership although they are expanding their intervention into Mexico through the US government funded NED which funds the AFL-CIO Solidarity Center.
https://soundcloud.com/workweek-radio/ww-6...
§Colombia GM Workers Have Encampment At US Embassy in Bogota
by WorkWeek
Wednesday Jun 22nd, 2022 11:45 AM 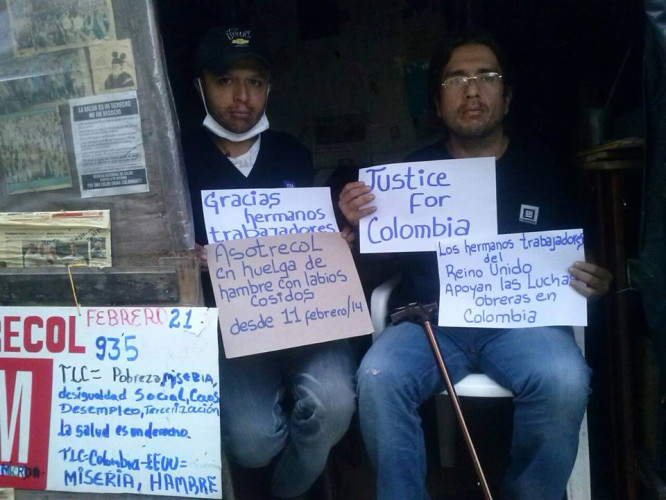 original image (960x720)
Injured Colombia GM workers have had an encampment for more than 11 years outside the US Embassy. The UAW leadership and the AFL-CIO's Solidarity Center which operates in Colombia has been completely silent about the struggle for justice by these workers. The US NED government funded Solidarity Center has helped cover up their conditions and struggle.
https://soundcloud.com/workweek-radio/ww-6...
Add Your Comments
Support Independent Media
We are 100% volunteer and depend on your participation to sustain our efforts!